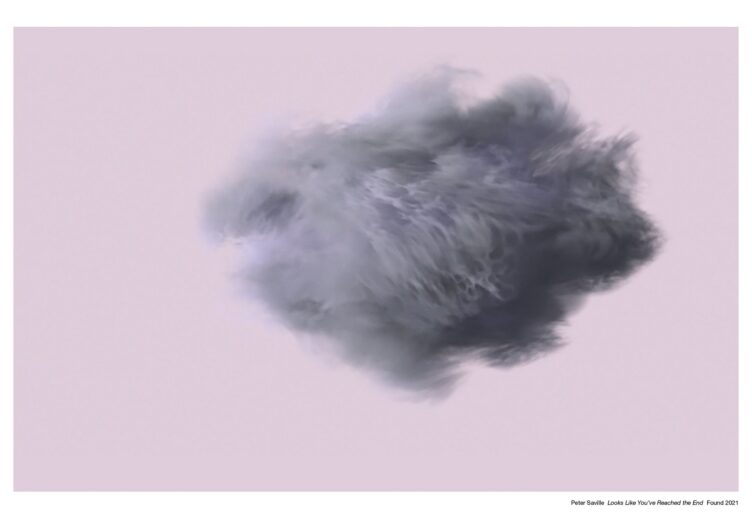 Best known for his iconic album cover designs, over the past four decades Peter Saville has consistently presented imagery that he feels resonates with the given moment. In relation to this work the artist explains that as his own sensibility was founded in the late analogue era, he often finds himself critically aware of the exponential momentum of digitisation – a process which he describes as ‘the atomisation of everything into disparate bytes of information, the endless permutations of which seem to negate seeing beyond the cloud itself’. A problem he articulates in this exclusive edition for the ICA with both image and title being derived from anomalous results of online searches.

Peter Saville. (Born 1955, Manchester). With a practice located between art and design, Peter Saville’s work merges aspects of both. This unparalleled approach has resulted in a unique contribution to culture. His hybrid position came into being partly through the unprecedented autonomy afforded to him, aged 22, as co-founder and art director of the legendary independent UK label Factory Records. Unlike most ‘commercial artists’ of the time and indeed since, Saville was free to design without approval. Making his art in the context of mass production, he accessed an audience through pop music, best exemplified in the series of record sleeves he created for Joy Division and New Order between 1979 and 1993.

His radical designs seemed to break all the rules, sometimes omitting information about artists or titles, or employing visual codes, fundamentally questioning modes of consumption and communication. He cites Factory’s idealism, rather than any commercial objective, which allowed him and other influential Factory artists to communicate ideas, aesthetics and ultimately values to a formative audience. Through the medium of design and art direction, Saville continued to create iconic work across music, fashion and culture.

His achievements were celebrated in The Peter Saville Show at the Design Museum in London in 2003. His first major show in a contemporary art museum was at the Migros Museum in Zurich in 2005, and he continues to exhibit internationally. His first monograph was published by Frieze in 2003. He is a Royal Designer for Industry (RDI) and won the London Design Medal in 2013. In 2020 he received the honour of Commander of the Order of the British Empire (CBE) in recognition of the positive impact of his work. 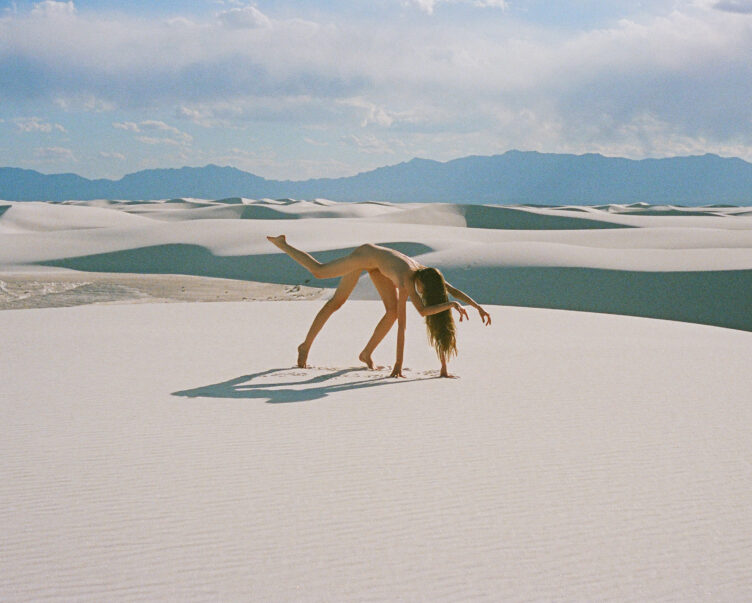 Nature Twins
Art project is about the duality of human personality which deals with embracing different unique aspects of oneself and accepting them. At the same time it is about multiverse theory, due to which our decisions determine one of a billions optional ways we can take. Created all over the World and containing 12 years of Synchrodogs work.

Art project is about the duality of human personality which deals with embracing different unique aspects of oneself and accepting them. At the same time it is about multiverse theory, due to which our decisions determine one of a billions optional ways we can take. 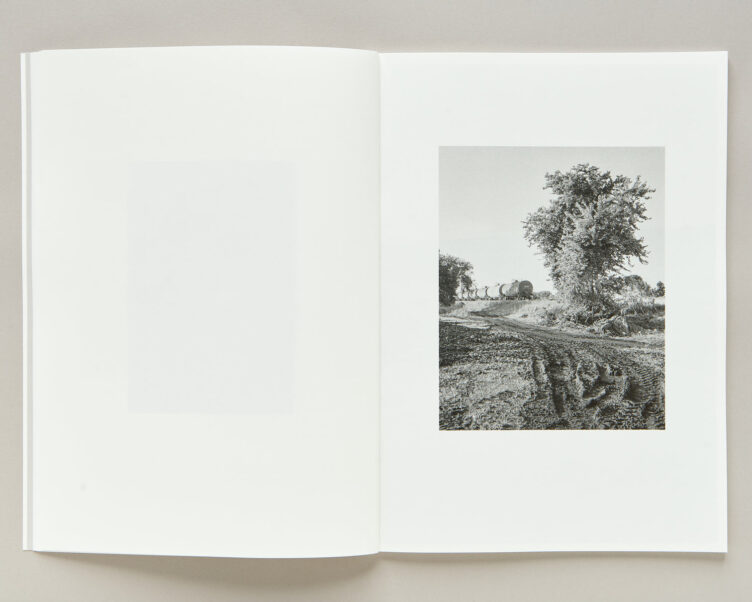 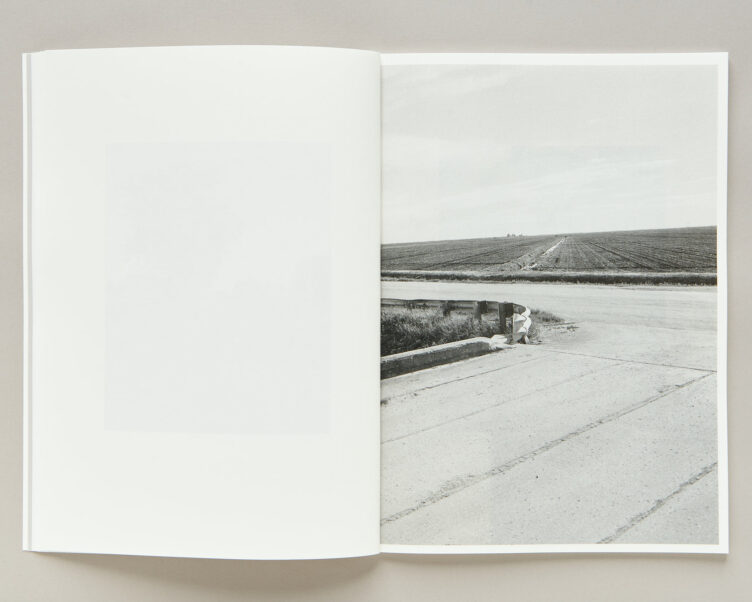 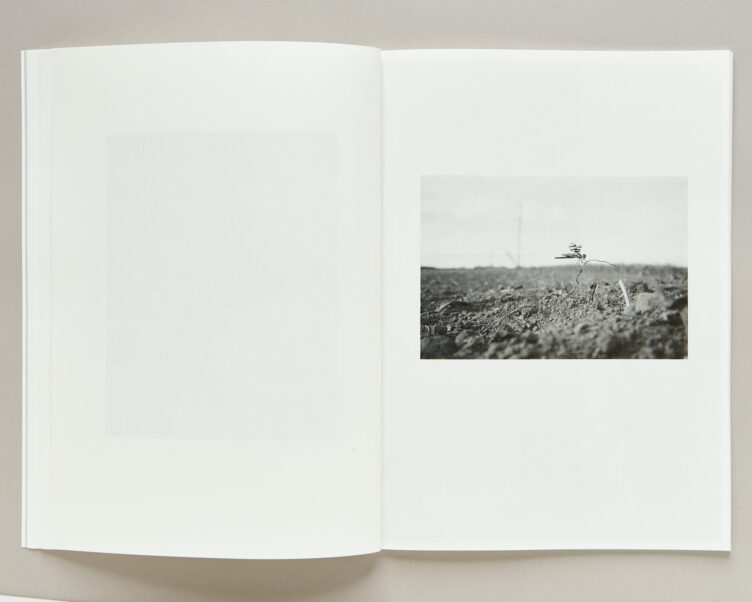 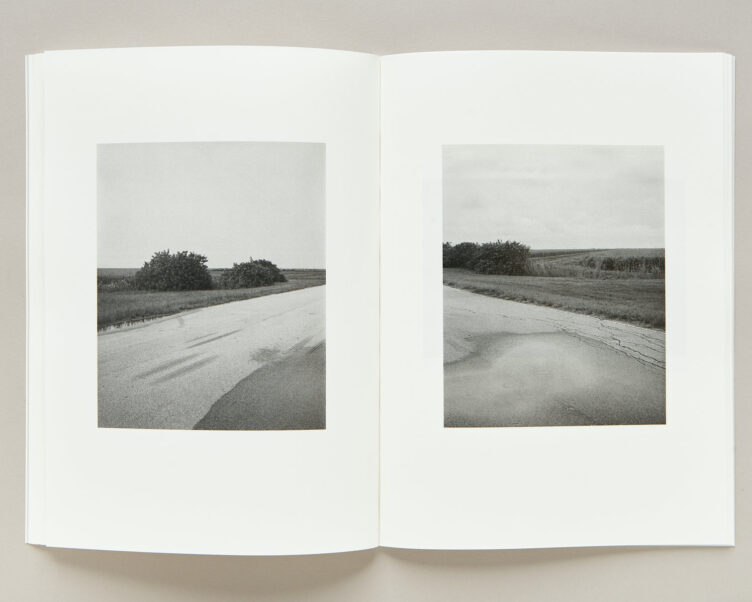 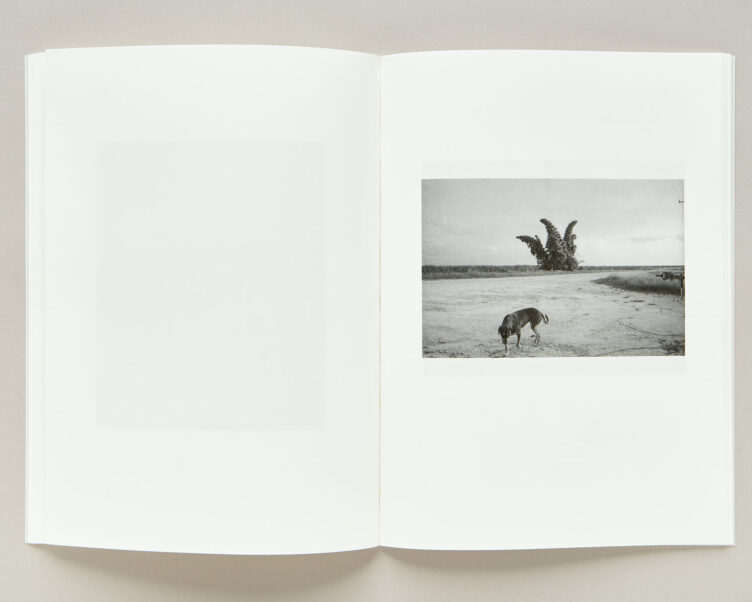 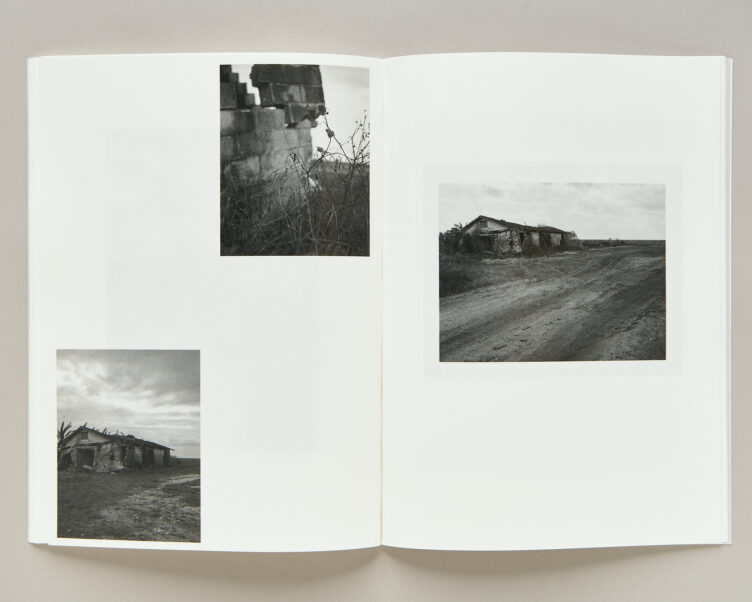 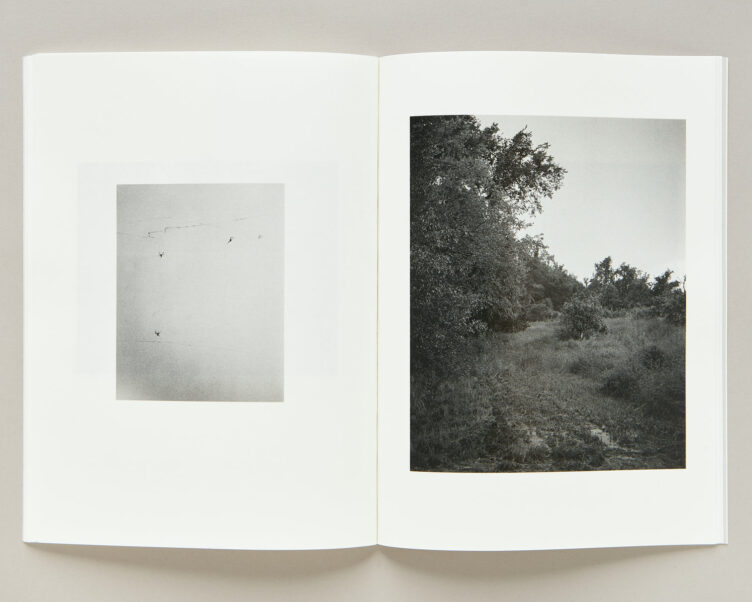 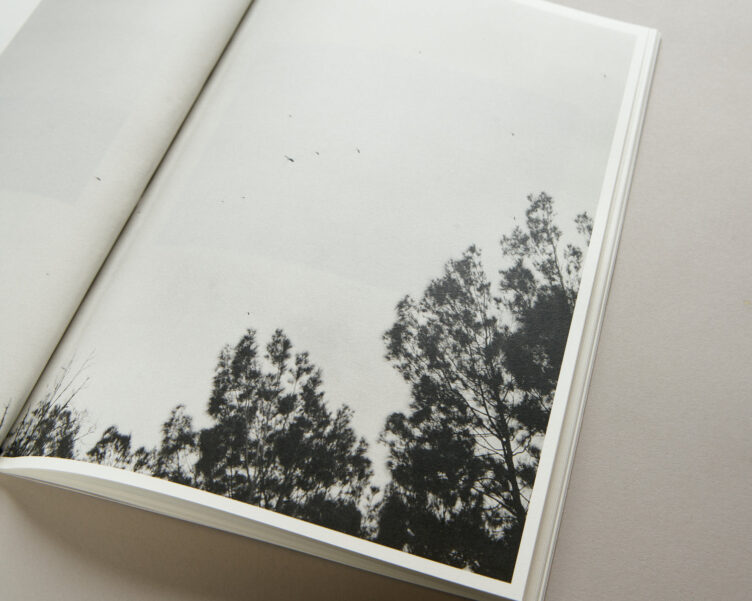 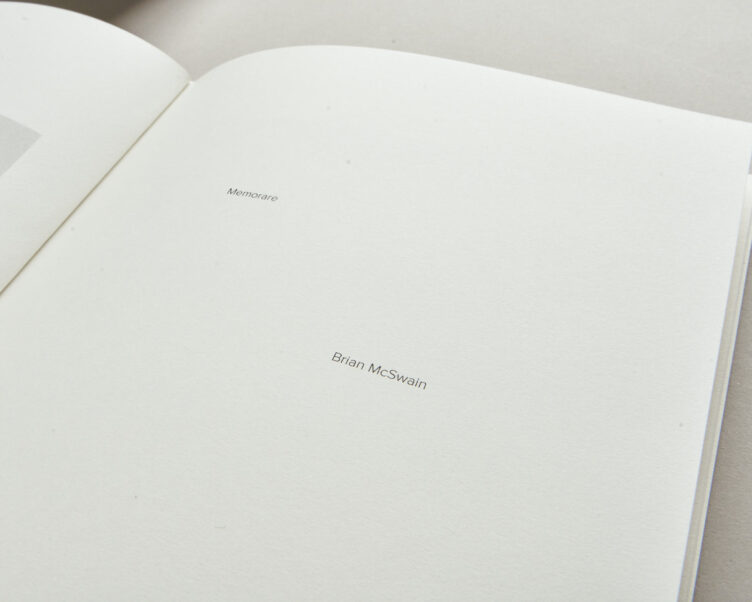 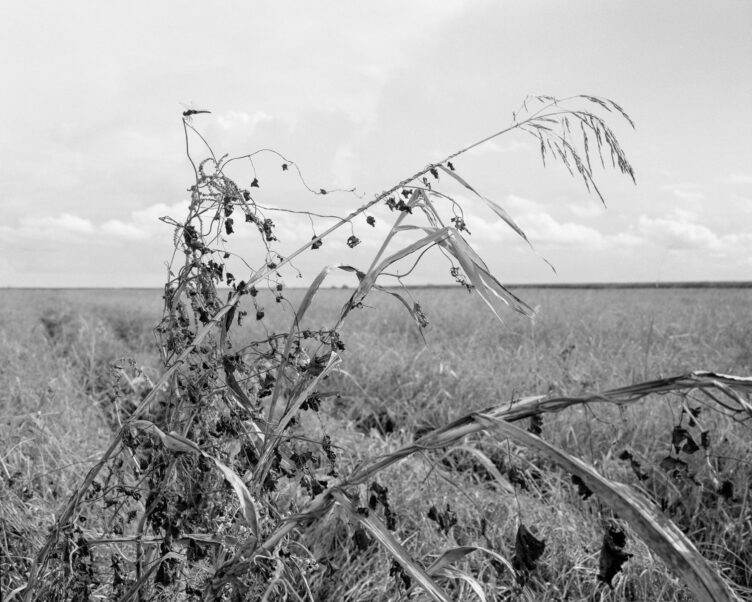 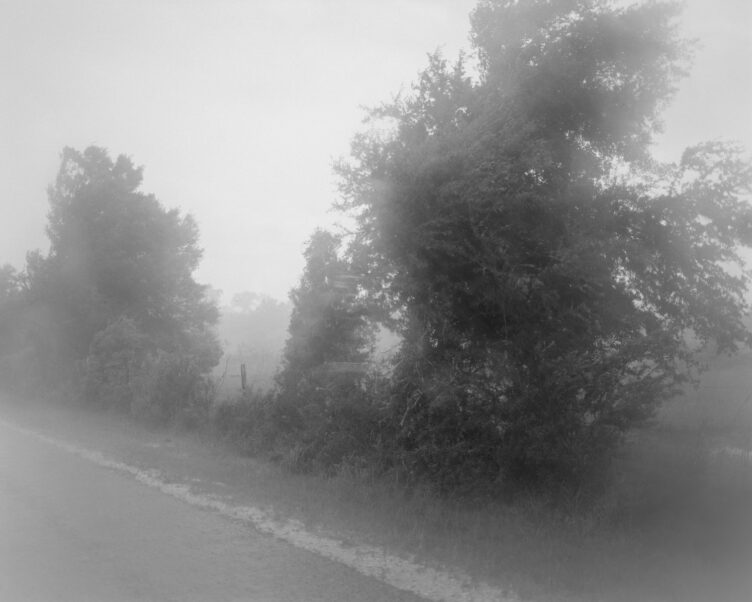 Memorare is a book of photographs by Brian McSwain made between Florida’s coasts from 2015-2021. Inspired by McSwain’s mother and her enduring faith during her life, the images capture the splendor when one allows the world to reveal itself.

Depictions of storm clouds, dragonflies and sugarcane fields weave together a narrative from the eyes of the lone traveler. From morning light through evening shadow, one can gather from McSwain’s pictures the restorative values inherent in the landscape.

Signed copy of Memorare
8 in x 10 in silver gelatin fiber print signed by artist
Edition of 10, with 3APs 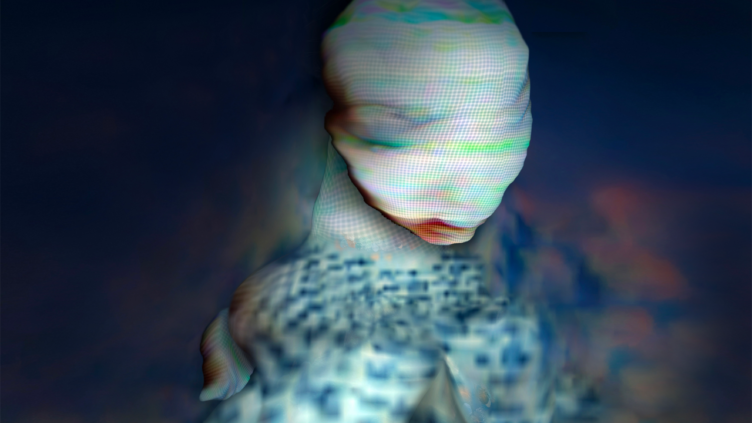 MAXXI L’Aquila—National Museum of 21st Century Arts presents Afterimage, an international group exhibition that explores the persistence in and around us of what has materially disappeared.

The show features 26 international artists from different generations and includes newly commissioned pieces and site-specific installations, historical works belonging to the MAXXI Collection together with monographic rooms, with works spanning from the 1960s to the present day.

Curated by Bartolomeo Pietromarchi e Alessandro Rabottini, Afterimage is a meditation upon memory and metamorphosis and looks at the unpredictable forms—both material and metaphorical—in which what has vanished silently endures within spaces, bodies, and meanings.

The title of the show refers to the optical illusion of the residual image, which happens when a visual stimulus generates an impression on the retina that remains even after the stimulus has disappeared, as happens, for example, with the camera flash.

Afterimage is conceived as a visual poem that reflects on the coexistence of permanence and impermanence as a universal human condition rooted in our existences and bodies, as well as in objects, images, and interpretations. Instead of being organized as a thematic exhibition with a specific path, Afterimage encourages the viewers to explore the 15 rooms of the museum and its passages, and to establish intuitive and spontaneous associations between the works, the architecture of Palazzo Ardinghelli, and the history of L’Aquila, a city that daily testifies to the need to remember and the impetus to transformation.

All the works are installed in close dialogue with the architecture of Palazzo Ardinghelli, one of the finest examples of Baroque in the region. After the earthquake that in 2009 devastated L’Aquila, the building underwent a massive restoration as part of the city’s broader reconstruction program, and in 2021 it finally opened to the public in its new function as a museum of contemporary art, being now the second venue of the MAXXI Museum in Rome.

Encompassing a wide variety of media, the exhibition includes contemporary and historical experimentations in photography and film, spatial interventions, paintings, and sculptures, and explores the intersections of fragmented iconographies, mutable materials, perceptual memories, and morphing bodies.

The exhibition set-up refrains from the concept of “sections” in favor of four narrative paths that cross the rooms, suggesting a formal and immaterial architecture within the physical architecture of the museum. These constellations of meanings are “Material and Memory,” “The Mutable Image,” “The Body Disclosed,” and “Inner Architecture.”

Afterimage is also a tribute to the context that hosts it, an homage of multiple voices, metaphors, and narratives to a city that continuously manifests how the principle of metamorphosis contains that which has been and generates what will be.

Oil on canvas
Courtesy the artist and lokal_30