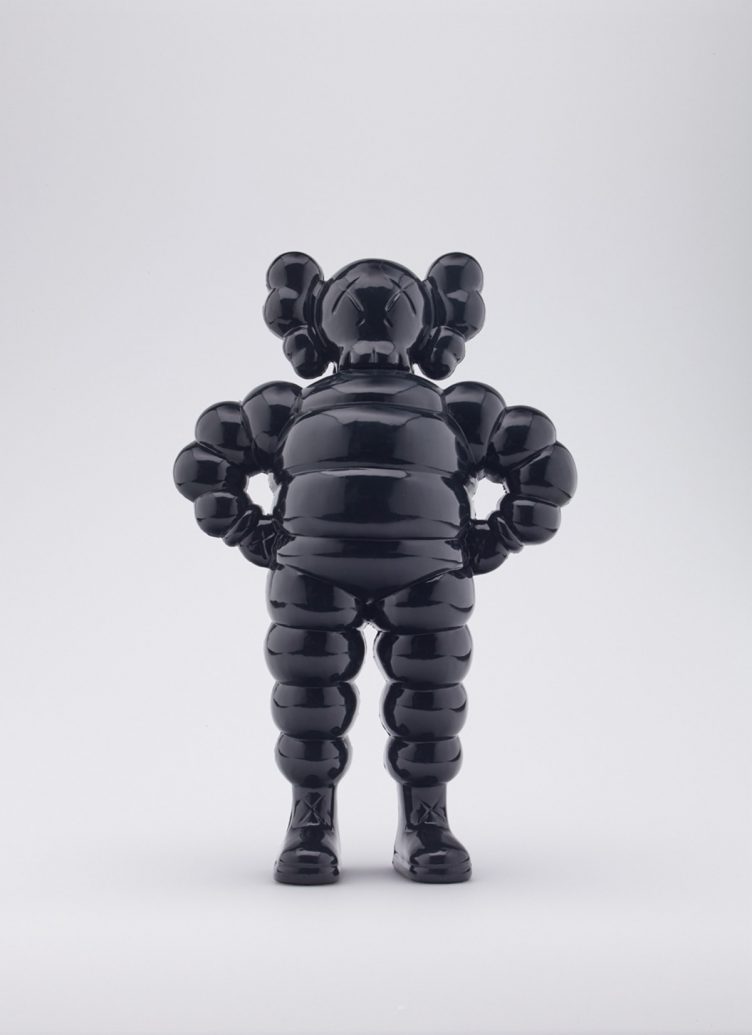 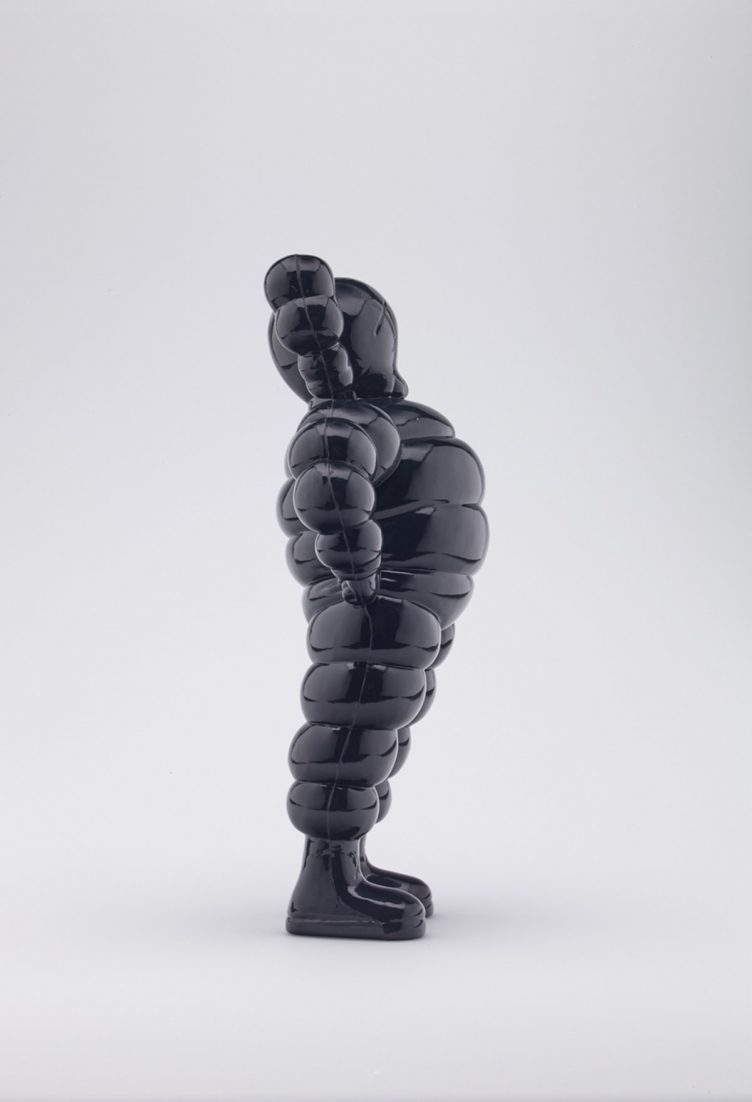 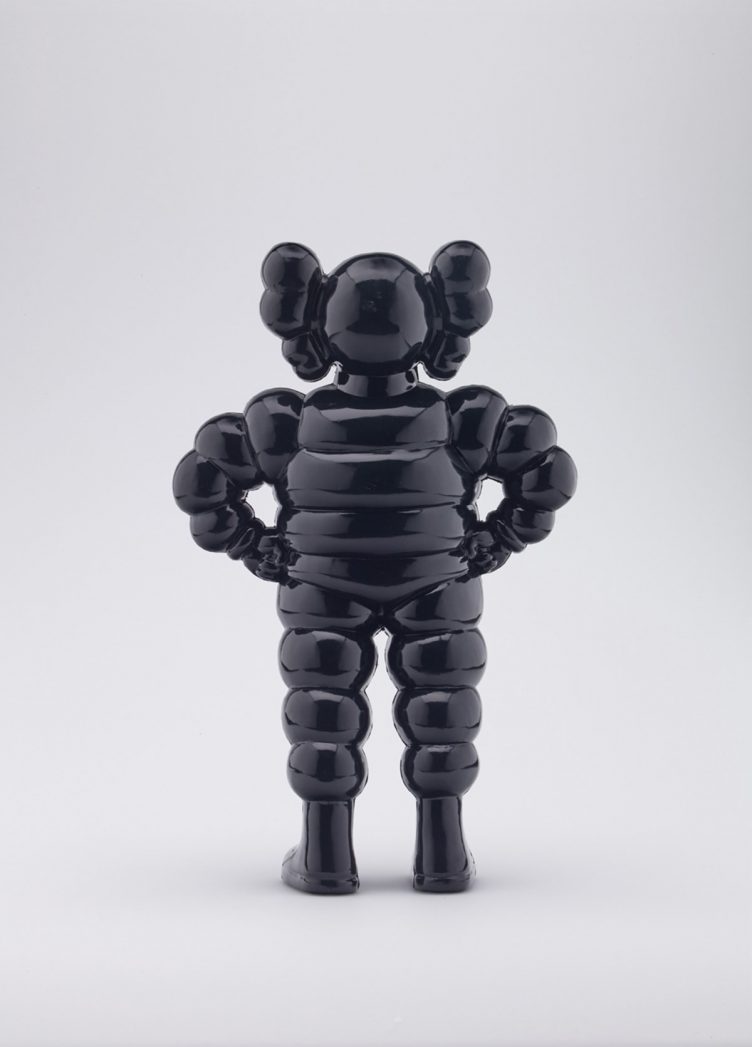 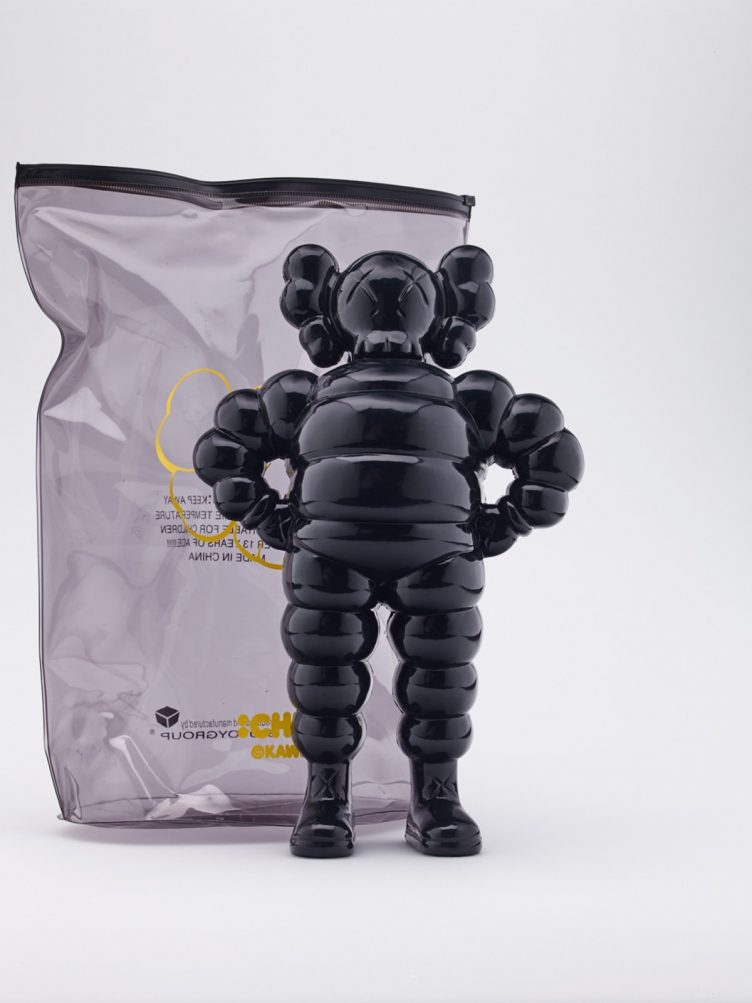 To understand the work of KAWS is to understand his roots in the skateboard and graffiti crews of New York City. Brian Donnelly chose KAWS as his moniker to tag city streets beginning in the 1990s, and quickly became a celebrated standout in the scene. Having swapped spray paint for explorations in fine art spanning sculpture, painting and collage, KAWS has maintained a fascination with classic cartoons, including Garfield, SpongeBob SquarePants and The Simpsons, and reconfigured familiar subjects into a world of fantasy.

Perhaps he is most known for his larger-than-life fiberglass sculptures that supplant the body of Mickey Mouse onto KAWS’ own imagined creatures, often with ‘x’-ed out eyes or ultra-animated features. However, KAWS also works frequently in neon and vivid paint, adding animation and depth to contemporary paintings filled with approachable imagination. There is mass appeal to KAWS, who exhibits globally and most frequently in Asia, Europe and the United States.