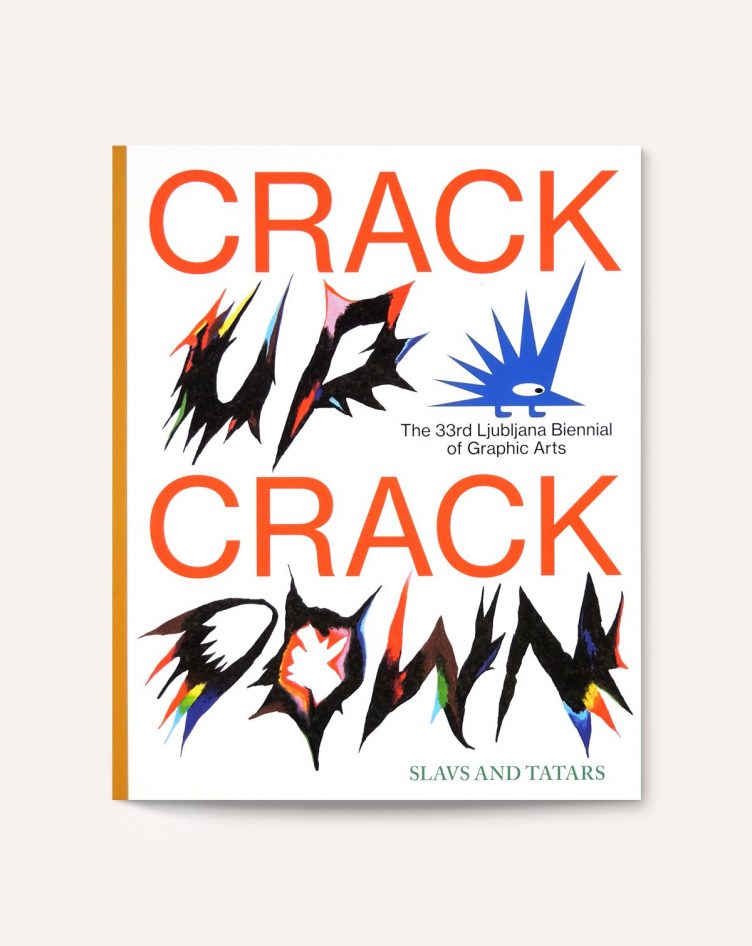 Crack Up — Crack Down: 33rd Ljubljana Biennial of Graphic Arts

Published for the 33rd Ljubljana Biennial of Graphic Arts, this volume—edited by Slavs and Tatars—gathers essays by Emily Apter on the micropolitics of memes, David Crowley on punk as dissimulation, Vid Simoniti on the cult Bosnian satire Top lista nadrealista, and much more.

The Ljubljana Biennial was established in 1955 and has established itself as an event that presents art in global terms, hosting artists from both sides of the Iron Curtain and showcasing work from artistic traditions outside of Europe while recognizing new art movements and changes in style.

In 2019, curators Slavs and Taters posed the question: In the era of post-truth, can a joke set us free?

Thus, Crack Up, Crack Down deals with satire, a genre that brings together graphic arts and humorous political critique that has both a rich history and a vibrant present. One could almost claim that with every repolarization of political views, satire finds new ground and self-awareness. While humor has a political sting, it also cuts both ways: both political progressives and reactionary moralists of the past have used satire to get their messages across. What the Biennial poses as its central question is how does humor really work?

Edited by Slavs and Tatars and Melissa Constantine