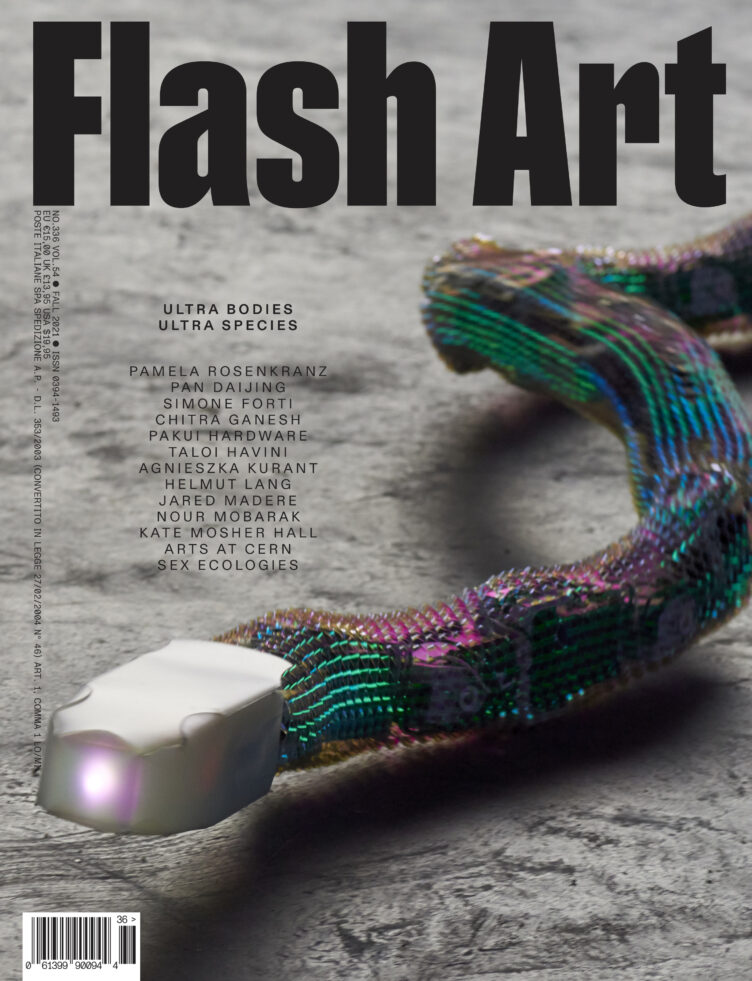 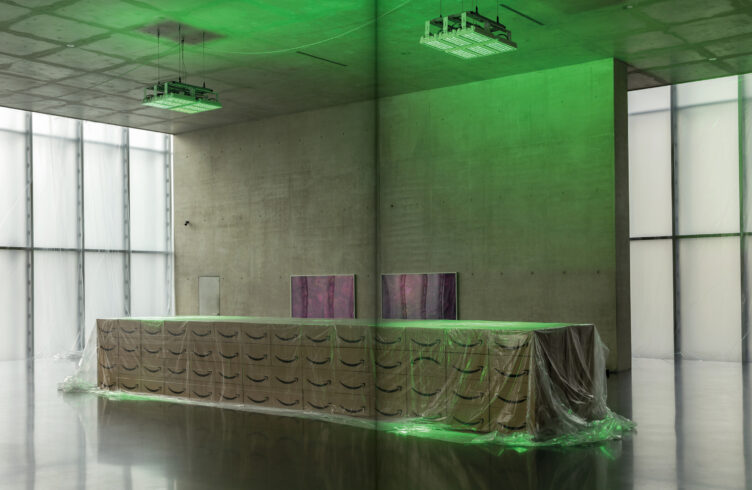 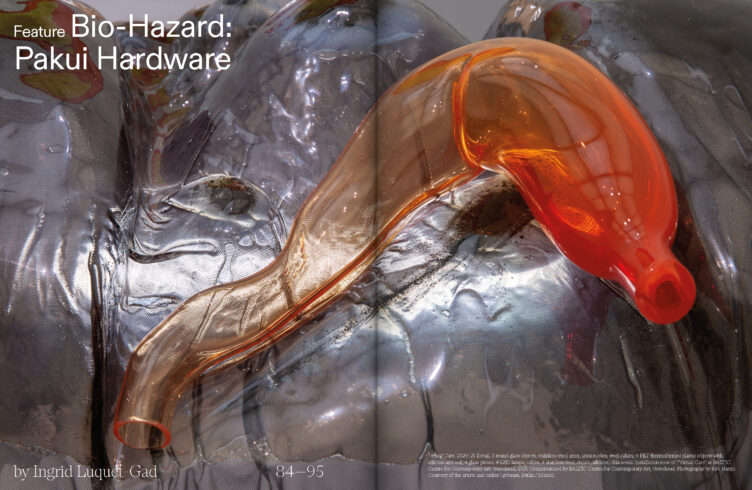 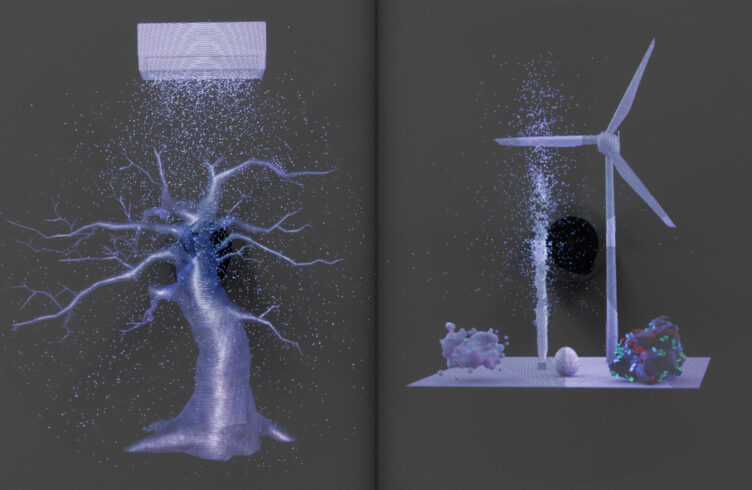 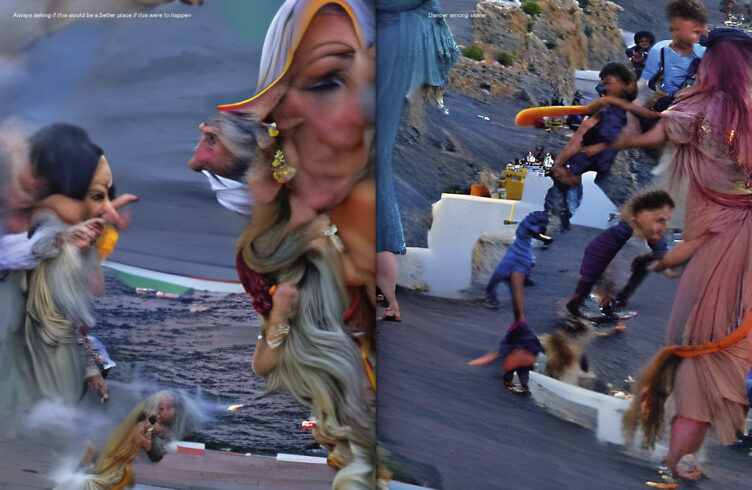 This issue inaugurates the fall season with a wide-ranging consideration of biodiversity in contemporary visual art. Both artists and scientists have embraced the concept of biodiversity, seeing it as a means of enhancing productivity in a given ecosystem, where each species has an important role to play. Meanwhile, technological tools and concepts — artificial intelligence, the “molecular turn,” etc. — have come to play an essential role within a growing number of artist practices. This issue of Flash Art, titled ULTRA BODIES ULTRA SPECIES, encompasses an array of new approaches to making and thinking about art.

Noted curator and critic Nicolas Bourriaud, whose recent group exhibition “Crash Test” at Mo.Co. Montpellier surveyed the rise of “molecular art” in the 2010s, provides this issue’s cover story, a reflection upon the organization of the invisible in the work of Pamela Rosenkranz. Noam Segal dialogues with Agnieszka Kurant, who expands what was traditionally considered a solely human practice by engaging various nonhuman actors such as data, minerals, insects, bacteria, and collective and artificial intelligences.

Ingrid Luquet-Gad analyzes recent exhibitions by Pakui Hardware, in which the duo continue their long-term research on post-natural life forms. Nour Mobarak’s polymorphic work is examined by Marie de Brugerolle within the framework of posthumanism.

This issue also features artist Pan Daijing in conversation with Andrea Lissoni; Simone Forti in dialogue with Patrick Steffen; special visual commissions by Chitra Ganesh and Jared Madere; and Flash Art editor Eleonora Milani’s discussion with Mónica Bello, head of Arts at CERN, about the relationship between the arts and sciences.

Also in this issue: Chus Martínez, in the third chapter of her column “The Age of Love,” looks at Taloi Havini’s project for Ocean Space in Venice; Charlie Robin Jones explores how we might think of biodiverse design beyond the surface signifier of “green” via the life and work of Helmut Lang; William J. Simmons’s latest episode of “Tell Everyone” focuses on the tenth anniversary of Lady Gaga’s Born This Way, marking a moment in her development as an artist as well as a defining moment for the author; Mariana Lemos looks at the new anthology Sex Ecologies, edited by Stefanie Hessler, which argues for the positive and constructive role of sex in ecology and art practice; and Kate Mosher Hall recounts a personal life experience in her “Letter from the city”.