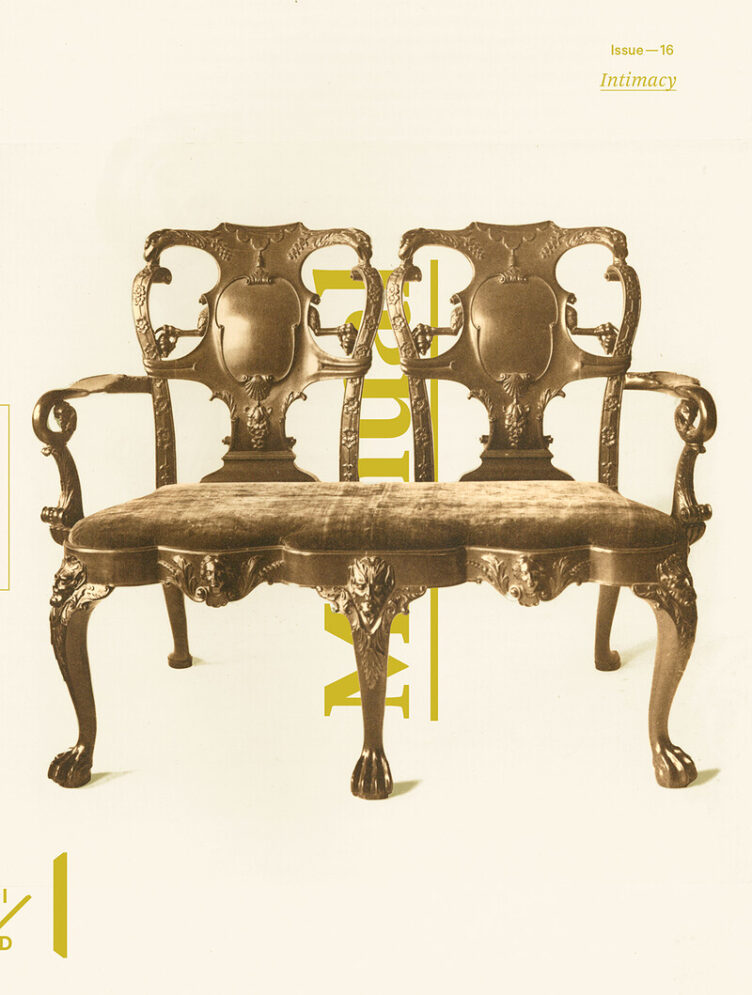 Intimacy reveals something deeply human in us. We need each other on a practical level, which means having to trust strangers. It’s analogous to what I understand prayer requires and what writing poems requires: an openness to the unknown, coupled with trust, a belief that we won’t be hurt. It’s at once akin to and the same as devotion. —Carl Phillips

The RISD Museum’s 16th issue of Manual touches on the bonds of intimacy and its many expressions. This issue complements the exhibition Any distance between us, co-curated by Stephen Truax and Dominic Molon, on view at the RISD Museum through March 13, 2022.

Artists on Art
Christopher K. Ho and Troy Richards open up The Book of Ours
Matt Garza meditates on an untitled portrait of a same-sex couple