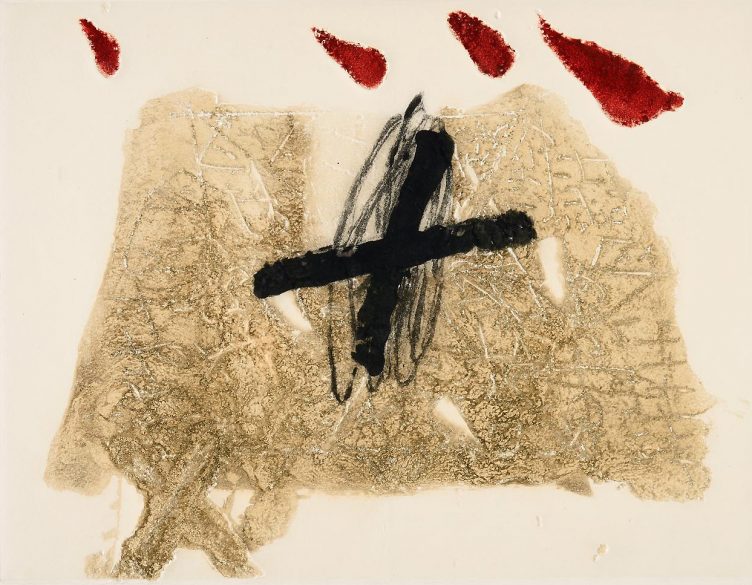 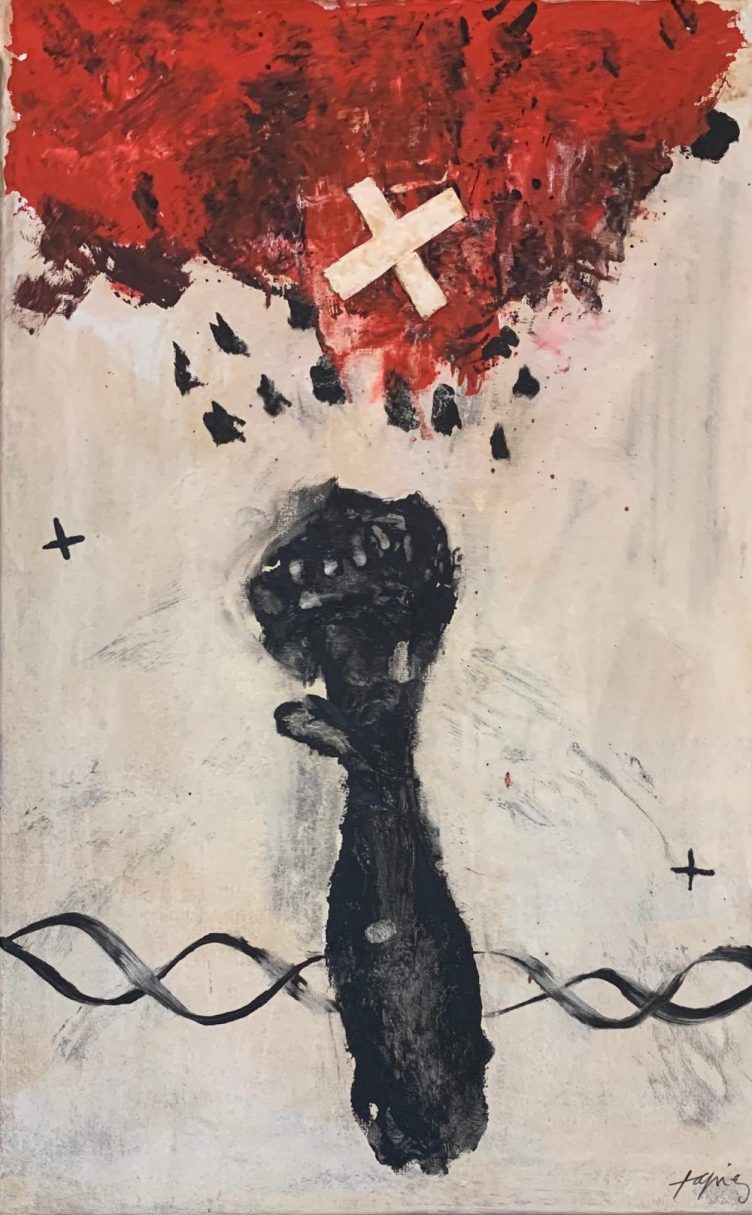 Spanish painter, Antonio Tapies, studied law from 1943-1946 at the University of Barcelona before taking up painting. He was largely self-taught and his early works had surrealist tendencies, resembling the styles of both Joan Miro and Paul Klee. During the mid 1950’s, Tàpies’ work shifted toward abstraction and he started implementing mixed media into his work. It was with these pieces that he gained notoriety. Tàpies started adding clay and marble dust into his paints and moved on to include scraps of paper, strings, and then more substantial objects like pieces of furniture. He put to words his feelings regarding the commonplace of materials and their value to artwork in his 1970 essay, “Nothing is Mean.” 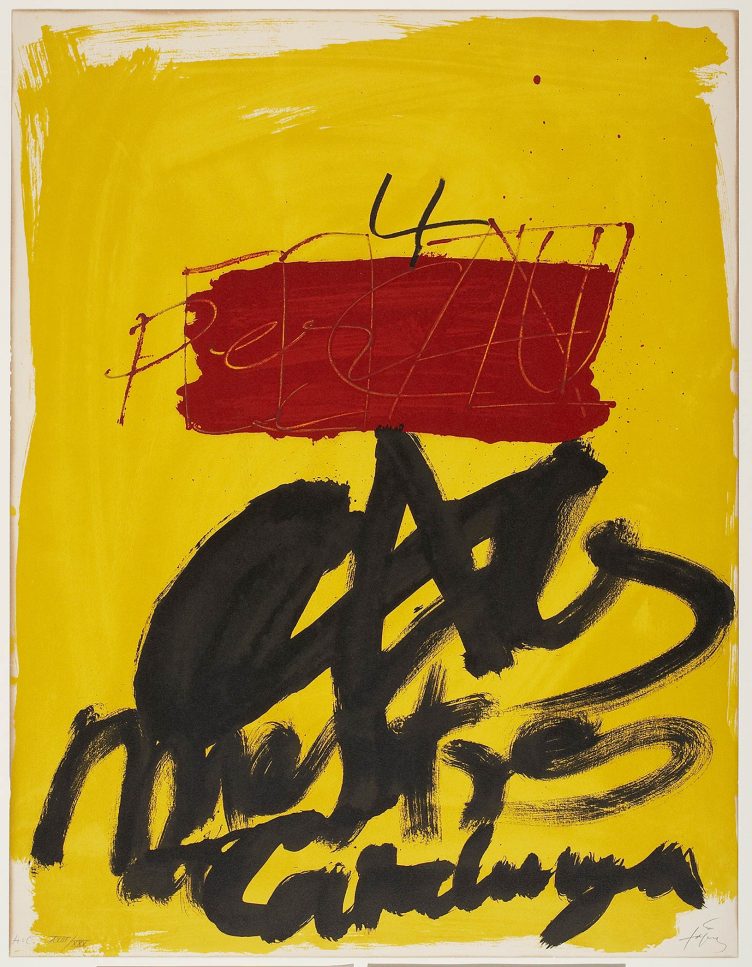 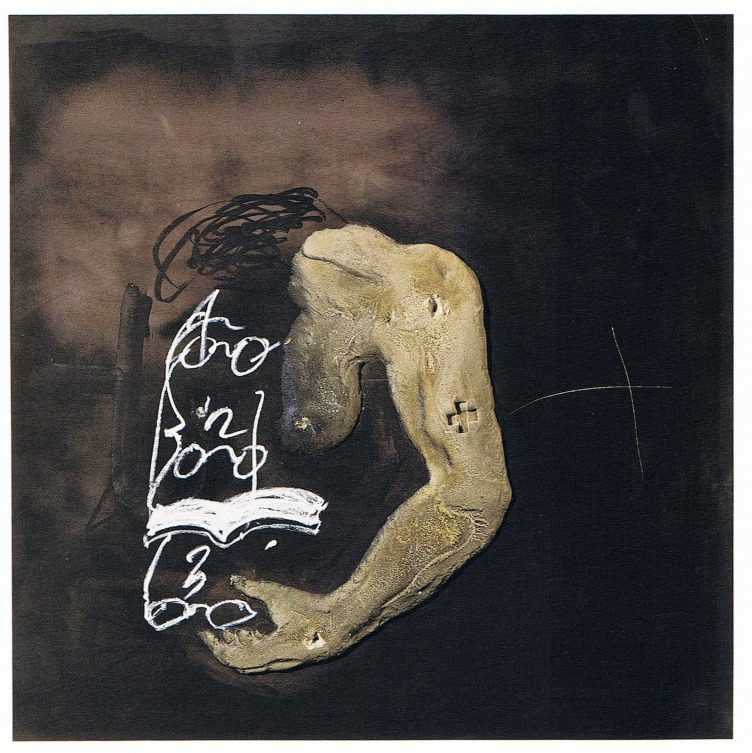 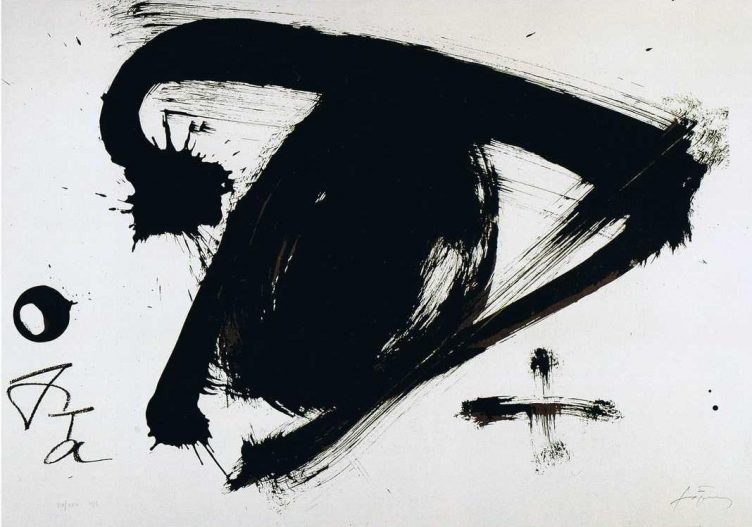