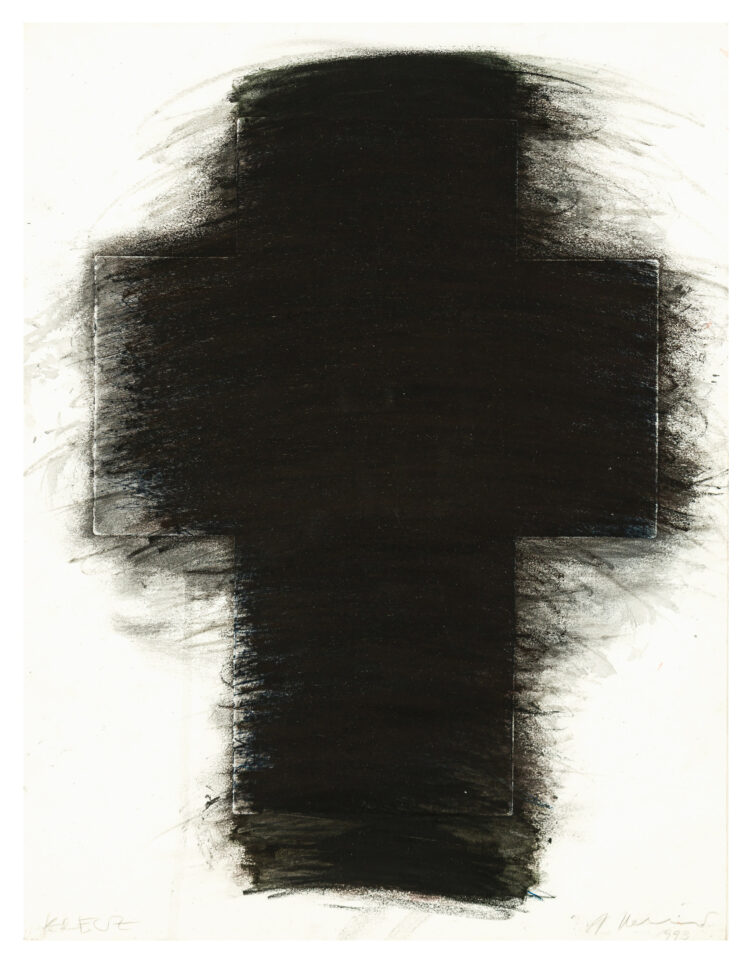 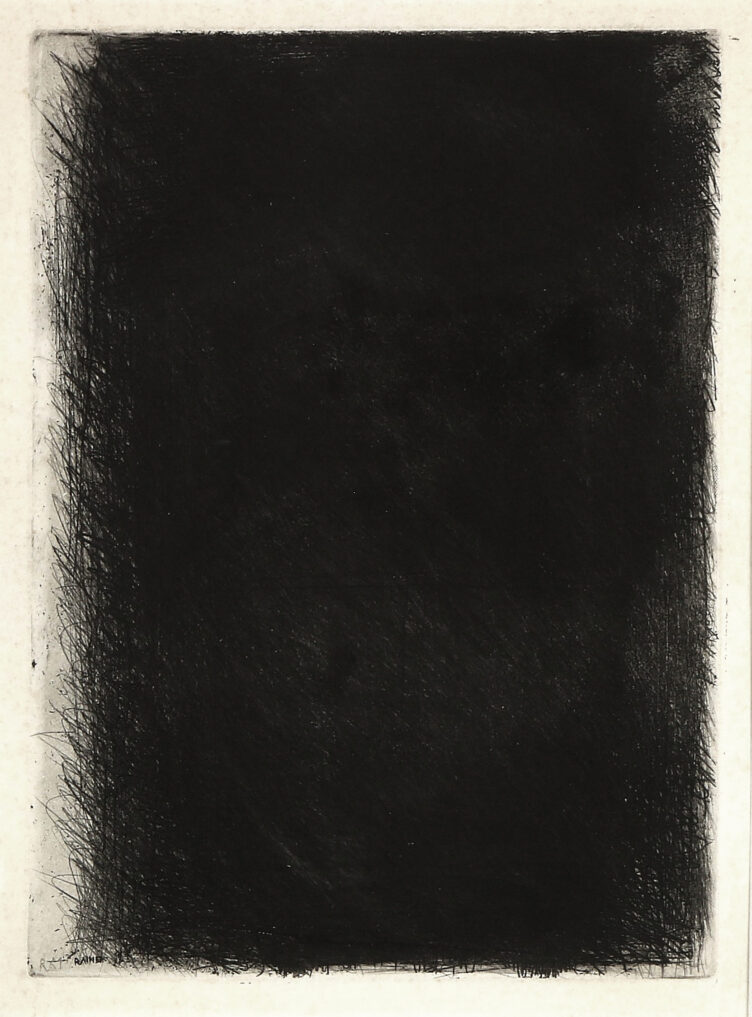 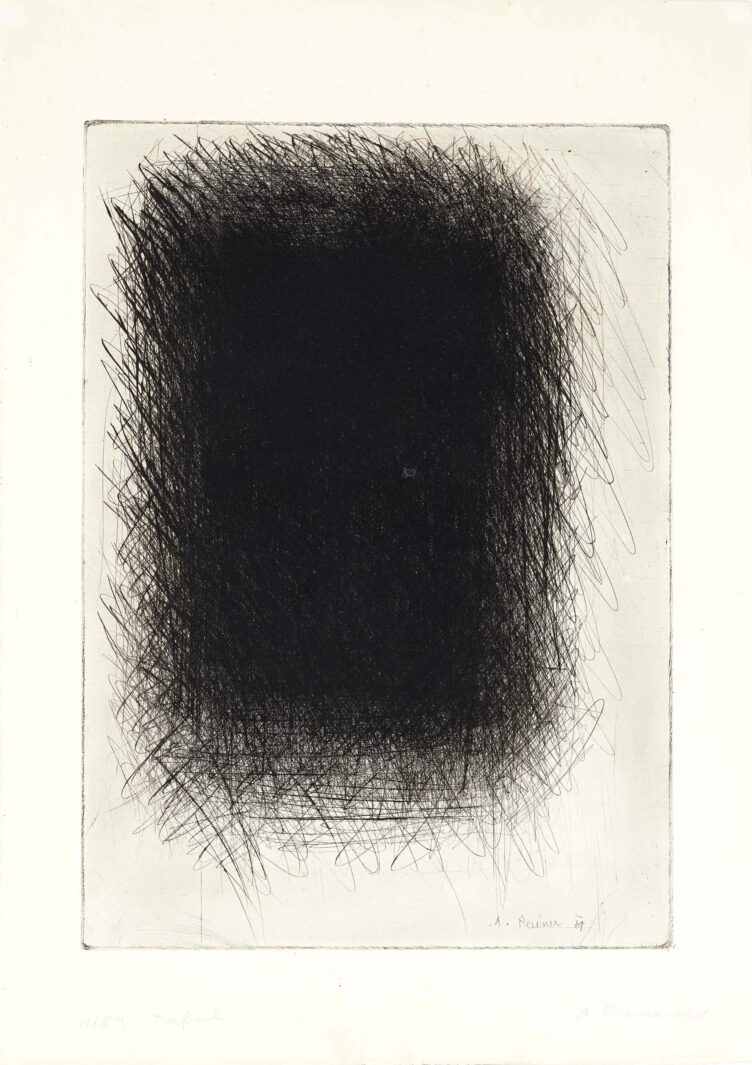 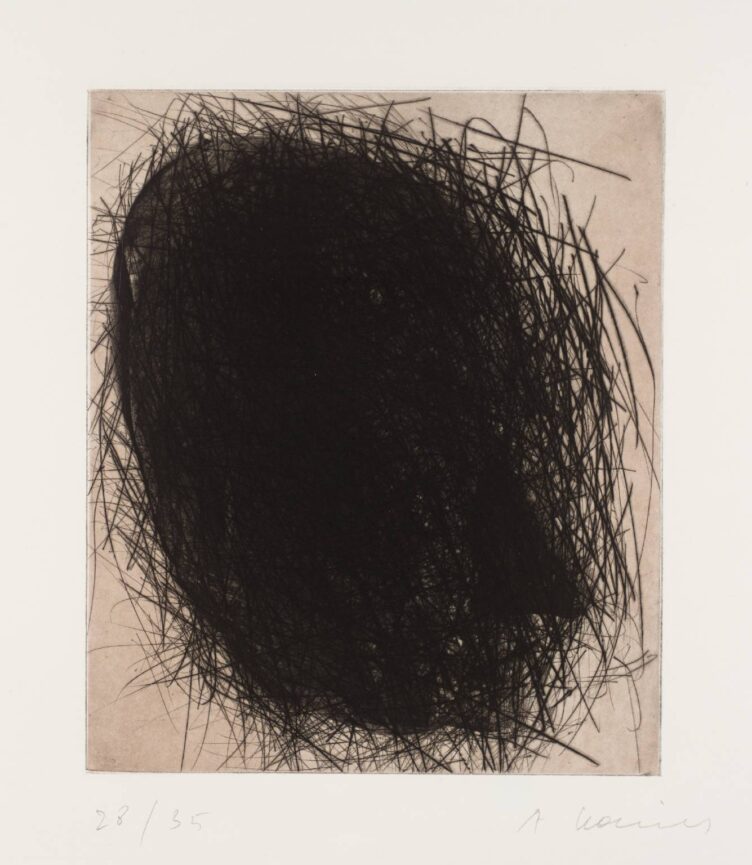 This death mask drypoint is the sixth and last of the series. Each drypoint is based upon photographic reproductions of heliogravure images of deathmasks of some of the pre-eminent cultural personalities of the German-speaking world. Johann Wolfgang von Goethe (1749-1832) was one of the greatest writers, philosophers and poets of his time. With the exception of one death mask, entitled ‘Anonymous’ (the fifth in the series), the other figures represented are the Swiss writer Gottfried Keller (1859-1890; 1, repr., Munich 1982), Karl Schönherr, the Austrian playwright (1867-1943; 2, repr., ibid.) the composer Ludwig van Beethoven (1770-1827; 3, repr., ibid.), the Austrian actor Joseph Kainz, famous for his interpretation of the role of Hamlet (1858-1950; 4, repr., ibid.,) and, lastly, P77072. For Rainer’s explanation of his death mask works, see entry for T03387.

The area of drypoint overworking roughly corresponds in P77072, as in the other drypoints, to the central image of the death mask. In ‘Johann Wolfgang von Goethe’, the heliogravure image beneath the etching is almost obliterated by the deep scoring of the drypoint hatching. The plate is worked to such a degree that the angular drypoint lines become frayed and blurred, with the flurry of lines attaining particular density around the eye of the death mask. Areas of lighter working reveal the tonal differentiations in the soft greys which comprise the partially obscured death-mask. It is viewed from above and in three-quarter profile. The heliogravure image is on buff coloured paper. The photography was by the Atelier Rainer. Other images in this series are on pale grey, green and lilac paper.