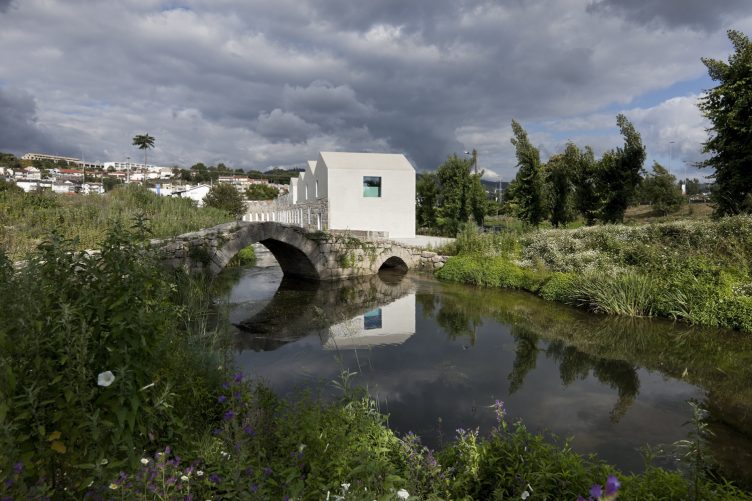 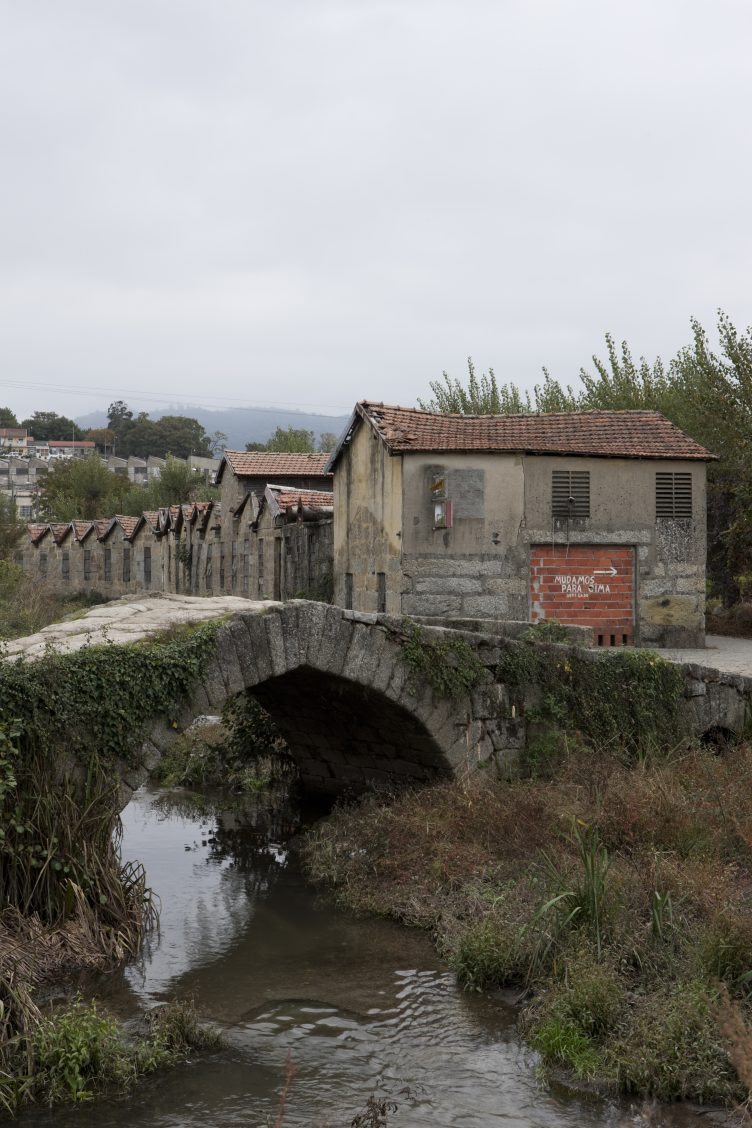 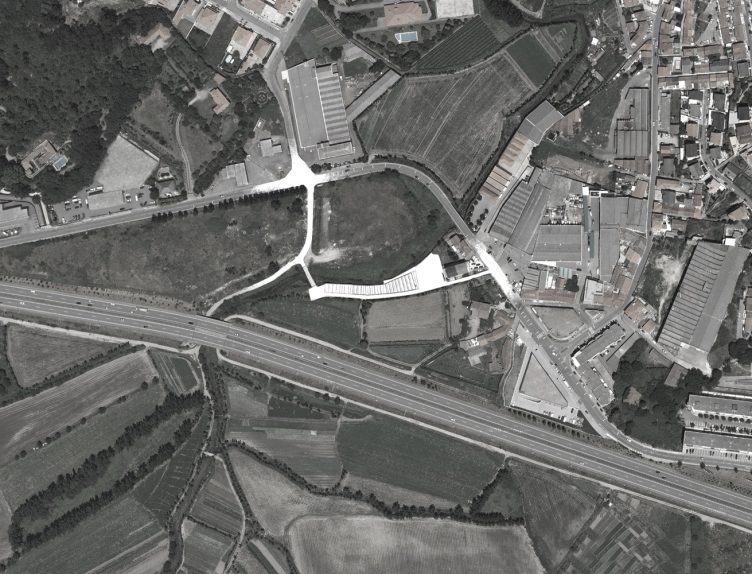 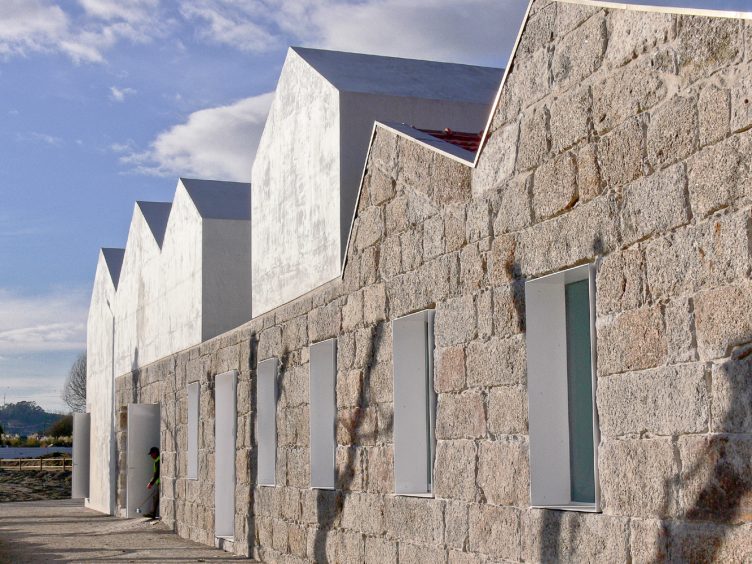 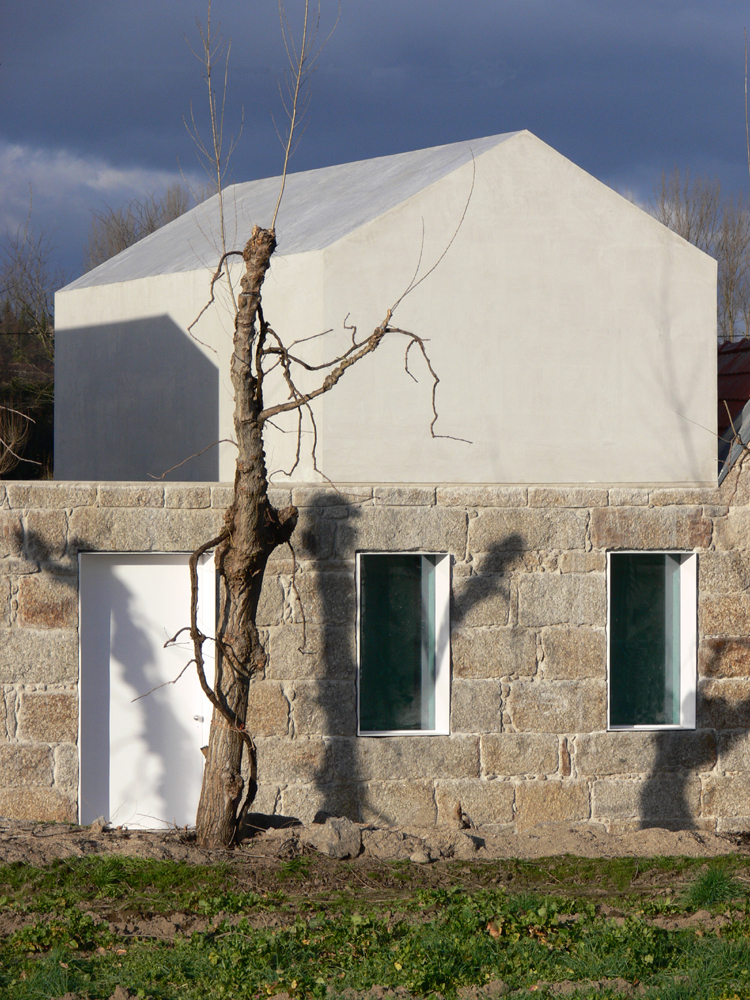 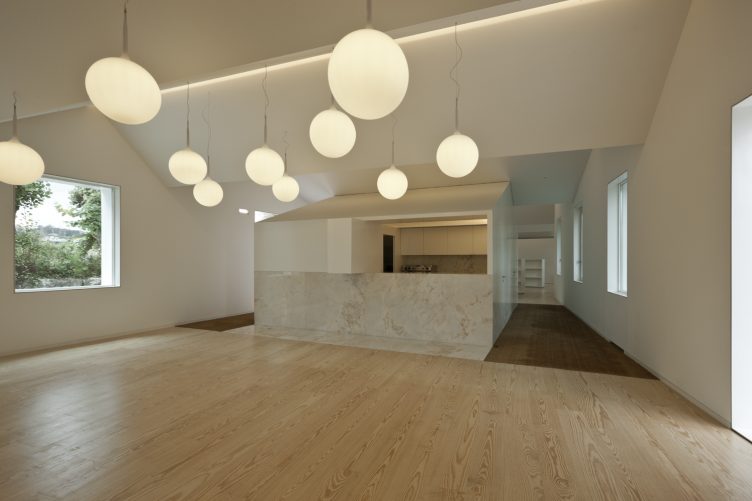 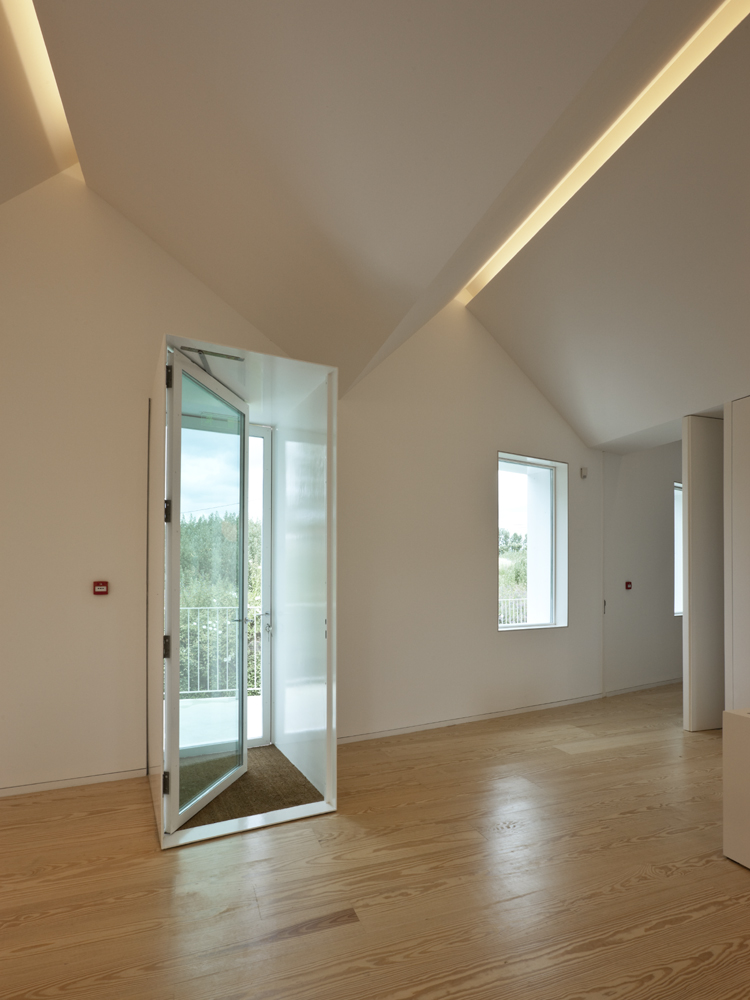 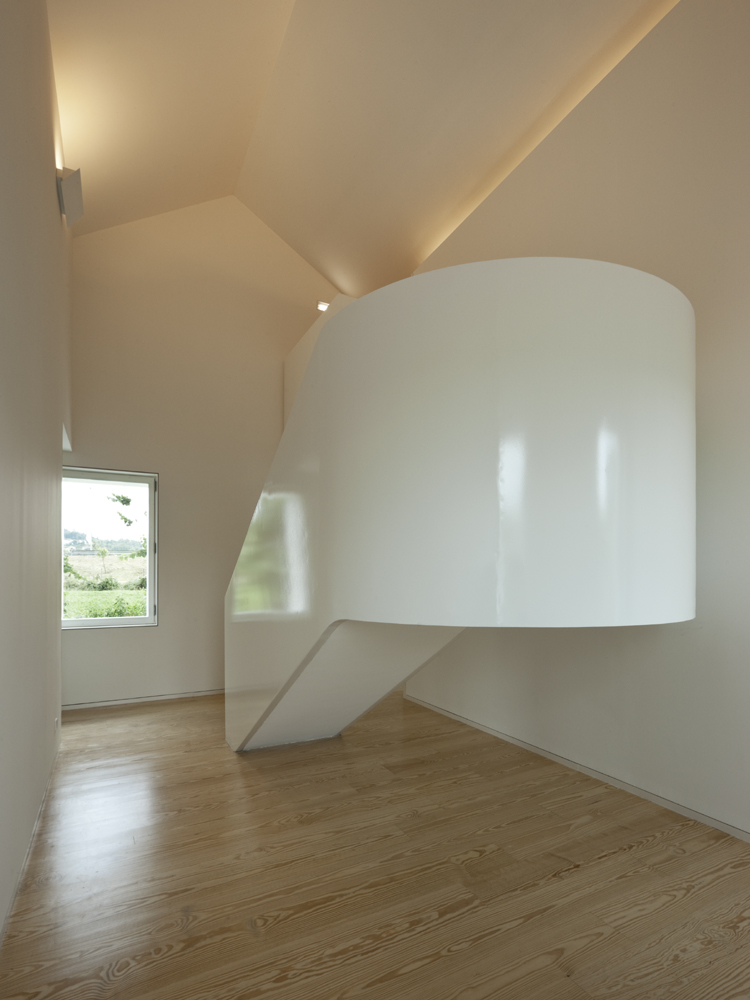 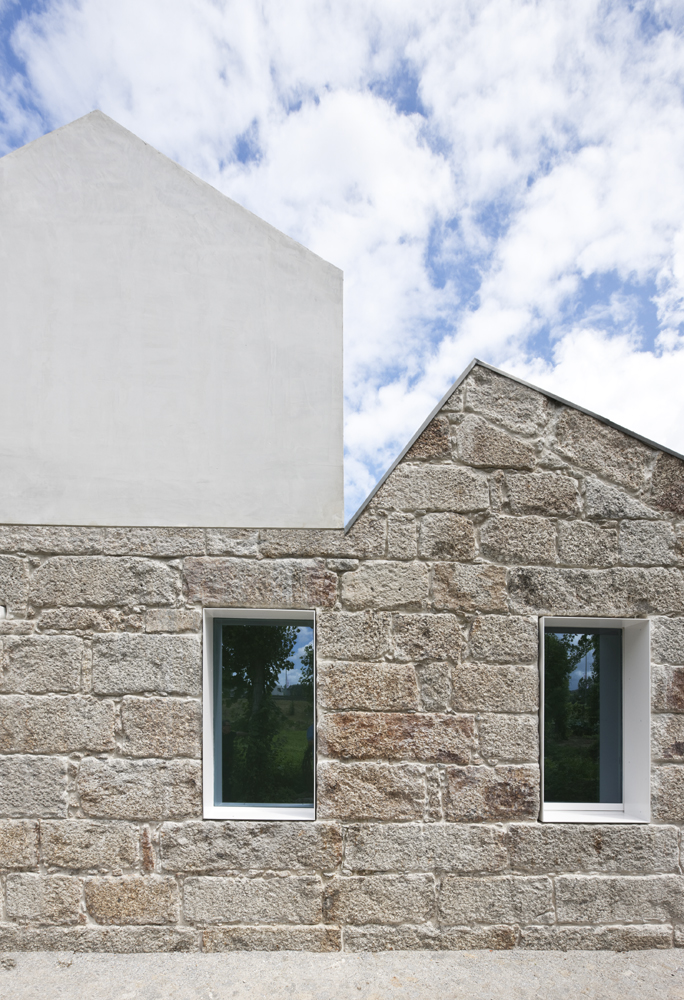 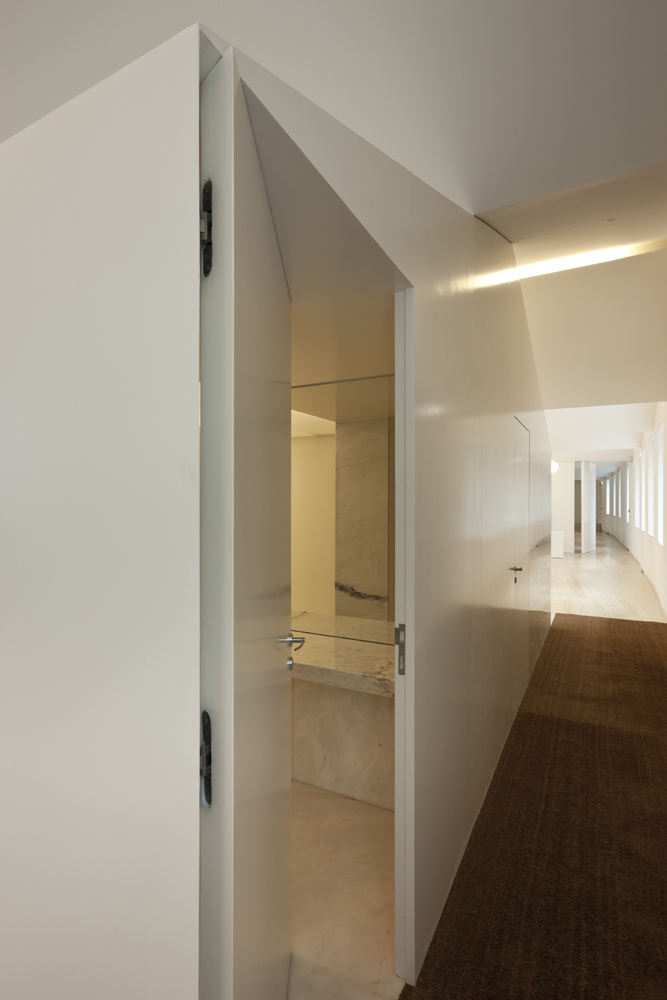 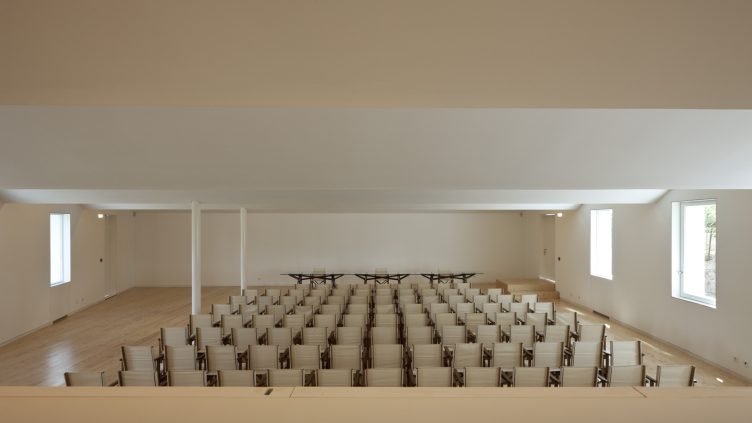 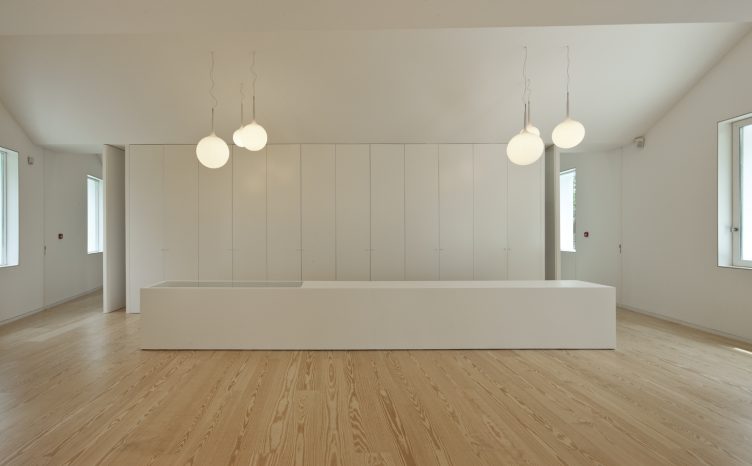 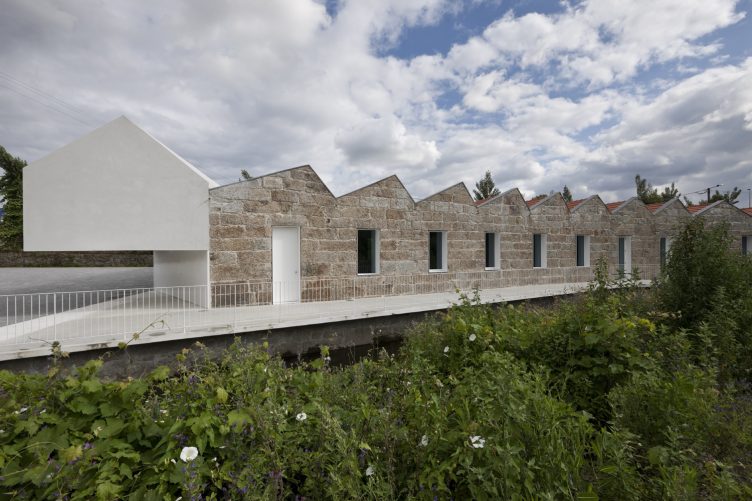 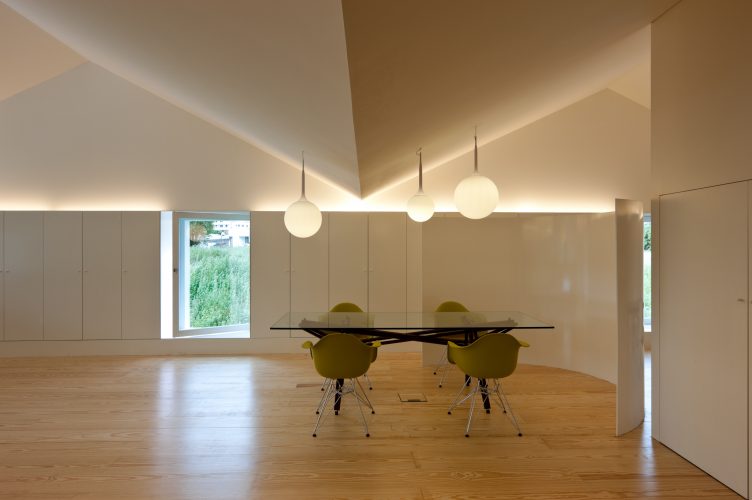 The building is located in Veiga de Creixomil southwest from the historic city center of Guimarães, in a sensitive area of high landscape value, classified in accordance with the Guimarães Municipal Master Plan, as National Ecological Reserve (REN).

The morphology of the terrain is characterized by a relative difference of height, by the presence of a water channel, dirt trails, great visibility from surrounding areas and close proximity of large green masses.

The visibility that the building has from the motorway implied a series of interventions, guaranteeing that this is an element which distinguishes itself in the territory.
The access to the Laboratory, on the East, created by the demolition of small roofs, which were on the passageway located between the existing building and the neighboring plot, and the separation of the building by the creation of a reception square and car park, lead the visitor/user through a promenade to the main entrance in contact with the most impressive moment of the building: the facade to the water front Ribeira de Selho.

On the inside, the main objective was to enhance the spatial character of the factory typology. An open space, bright, ready to embrace the new uses and demands of it’s functional program, through a simple but rigorous rehabilitation.

On the East is located the necessary technical area for the boiler, UTAN and water deposits.

On the West, the existing volumes in the upper floor, that were in a state of ruin or without architectural or construction quality were rearranged and reconstructed.
The proposal aims to recover the architectural character of the existing building and at the same time, with the new roof and the volumetric reconstructions, affirm the indisputable contemporanity of a rehabilitated building.

The concept of intervention seeks to clearly highlight and accurately identify the various intervention stages so as not to produce ambiguities or distortions of the history of the building. Thus the elements in masonry stone were recovered, cleaned and replaced, the existing volumes in brick, or other materials in an advanced state of decay and new volumes were build in white concrete. Different materials to allow a reading of changes in time and use.