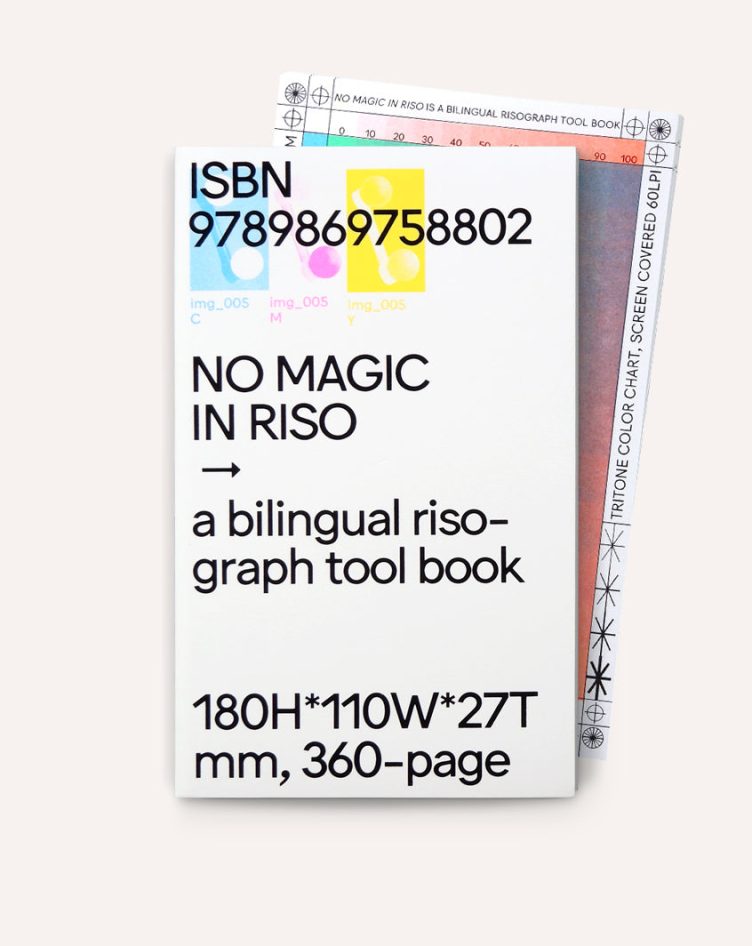 O.oo: No Magic In Riso

Risograph is a brand of digital duplicators that are designed mainly for high-volume photocopying and printing. The process creates micro-imperfections in printing, similar to spontaneity, or even comparable to how improvisation in jazz can lead to an unexpected but pleasant result.

The result of two years of research by O.OO, a graphic design studio based in Taipei, the main focus of this publication is color separation and experimentation with images. The studio does not claim the color separation methods described here to be absolute or the “right” way, but offer resources in hopes that they can provide helpful advice in practice while on the path to professionalism in this field. 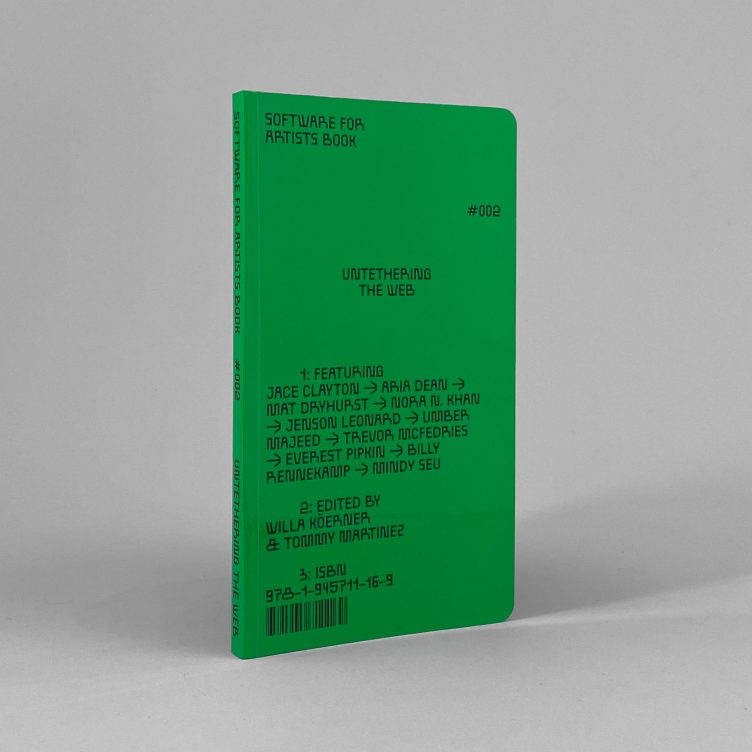 What will the internet of the future make possible?

Untethering the Web explores the technologies, strategies and anxieties that coalesced in 2022 to shape a new digital paradigm. As naturalized citizens of today’s always-online world and as survivors of a multiyear pandemic, the need to reform our digital tools and approaches is more pressing than ever before. Evolved models for virtual convening, collective organizing and digital ownership are making this possible, and a reckoning for the platformed web and its monolithic tech giants is beginning to feel imminent–but how will it all unfold, and what new pitfalls will emerge?

In conjunction with Pioneer Works’ seventh Software for Artists Day in October 2022, creators, technologists and members of our community share their visions for a flourishing digital multiverse, and how they imagine it manifesting over time. 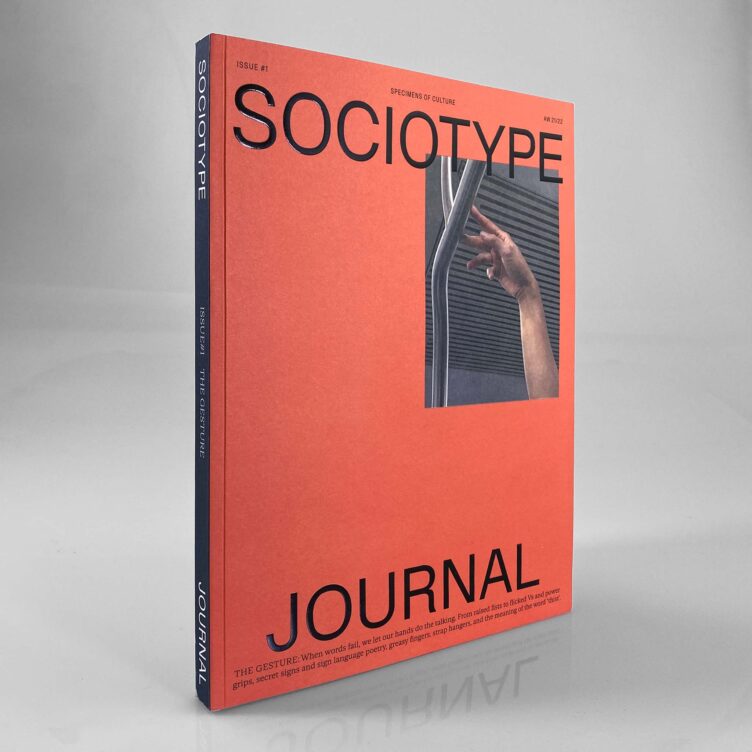 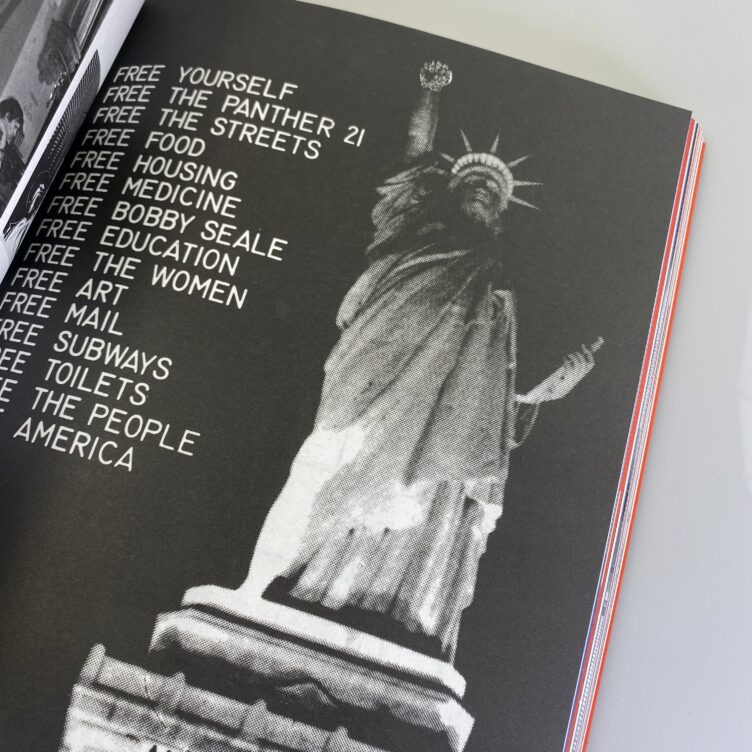 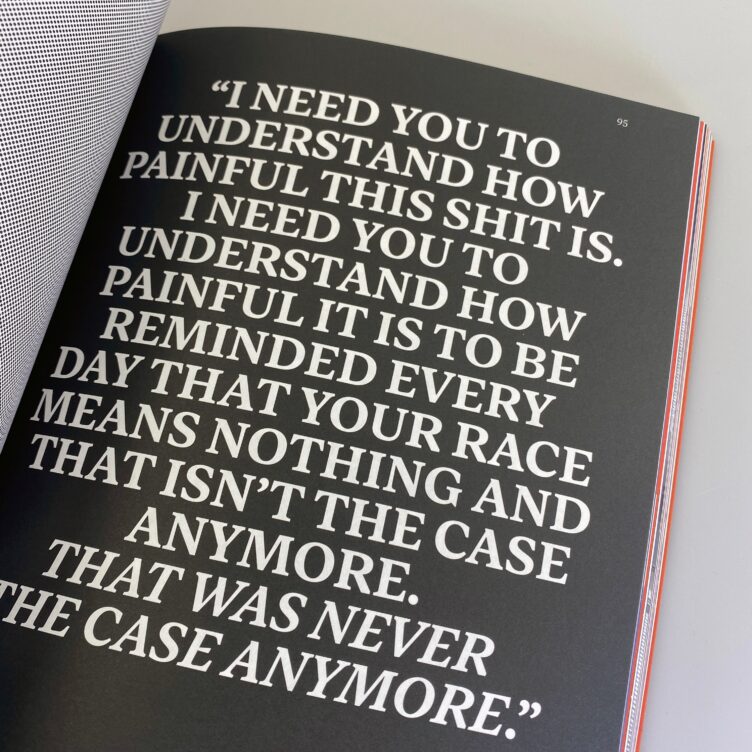 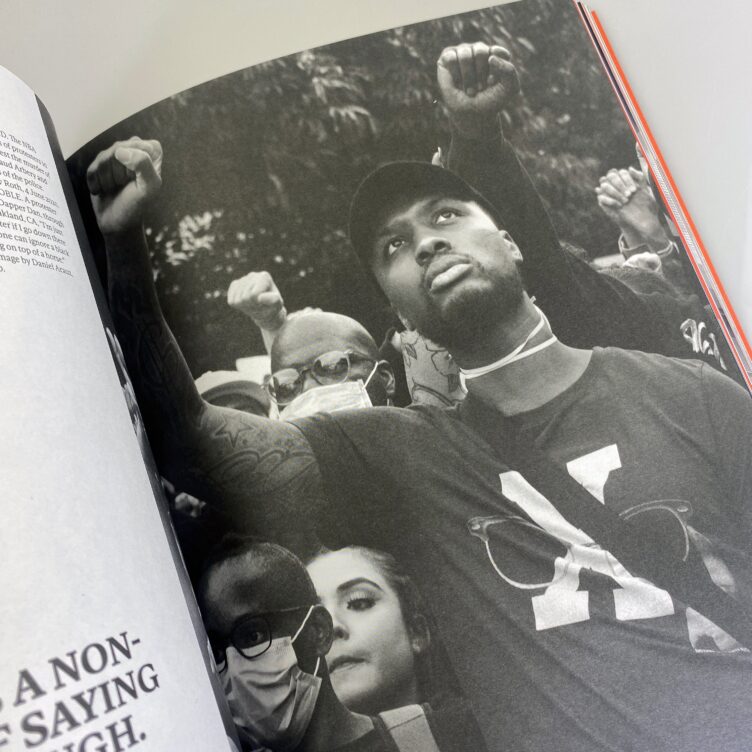 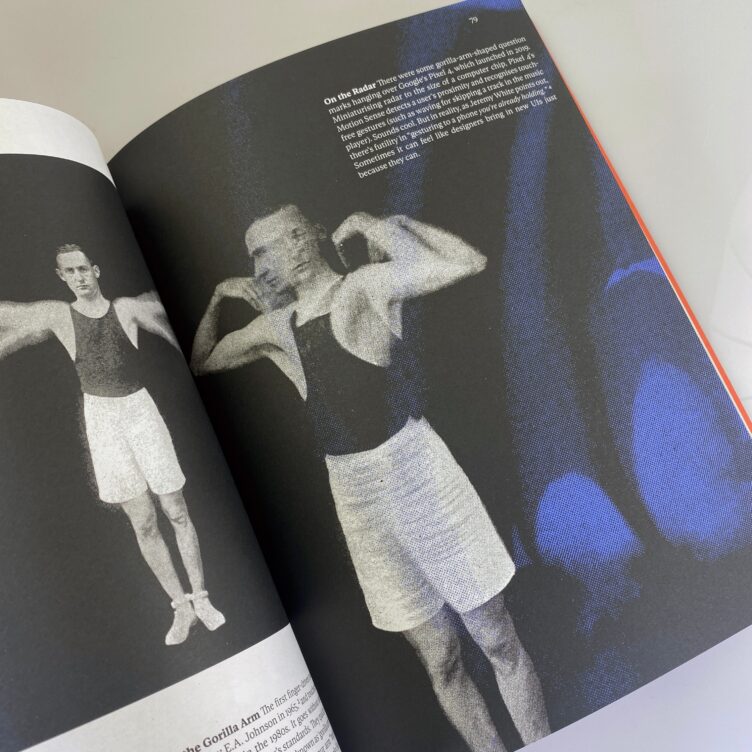 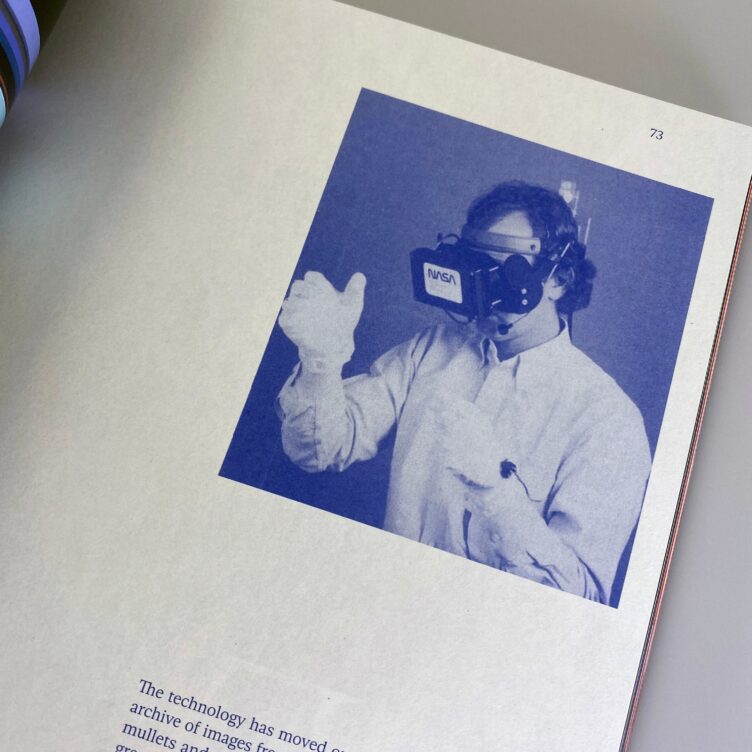 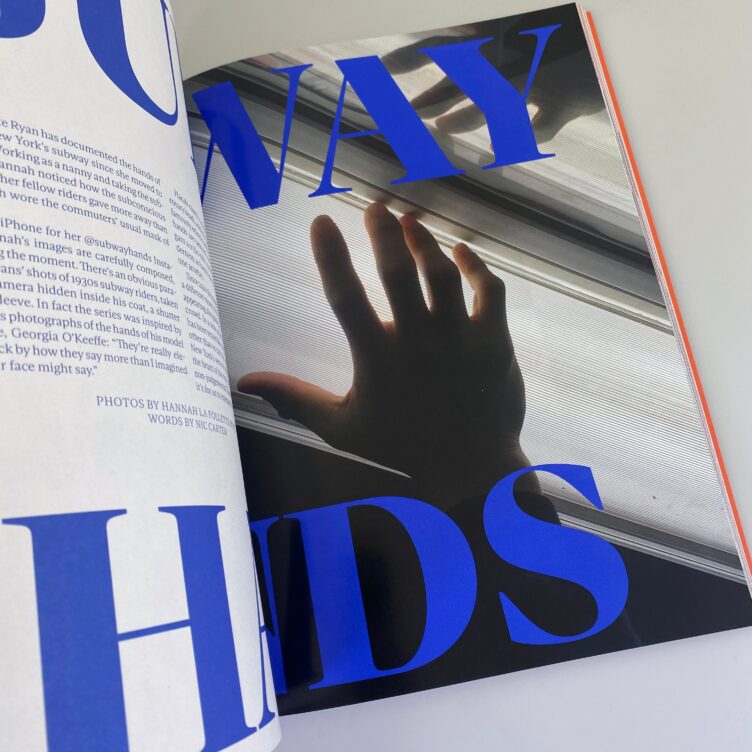 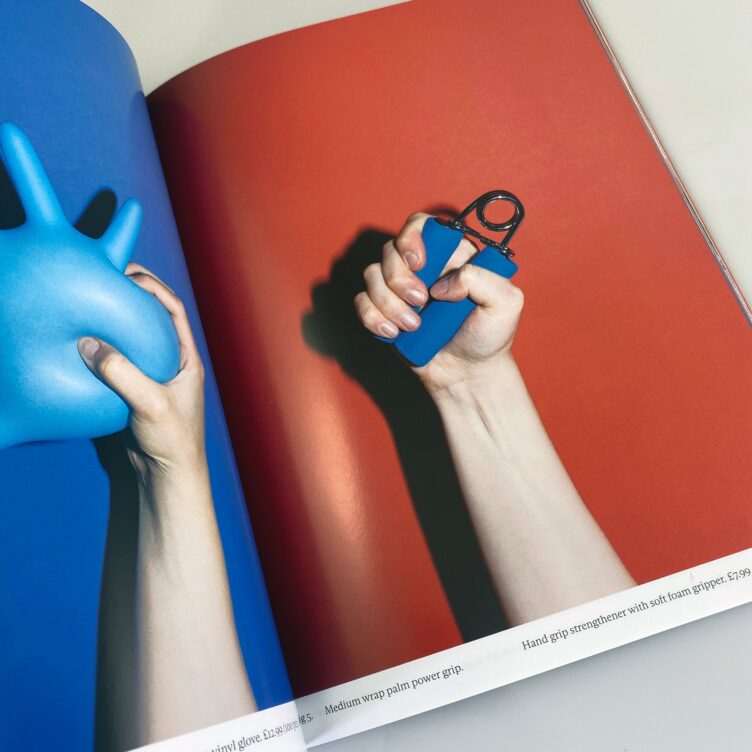 Sociotype Journal is a new platform for thoughts on culture and society, that also happens to be a type specimen, from London-based digital type foundry, Sociotype, and design studio, Socio. Issue #1 is typeset in Sociotype’s serif super family, Gestura. Appropriately enough, the theme of the volume is “The Gesture.”

When words fail, our hands do the talking. Join us as we investigate raised fists, flicked Vs and power grips, VR mitts and cable knits with NASA, secret signs of the illuminati, street gangs and flight attendants, sign language poetry, greasy fingers, strap hangers, and discover the meaning of the word “thist.”

Published by Sociotype, 2021
Winner of The Type Director’s Club’s TDC68 “Certificate of Typographic Excellence” in the category of Editorial in 2022 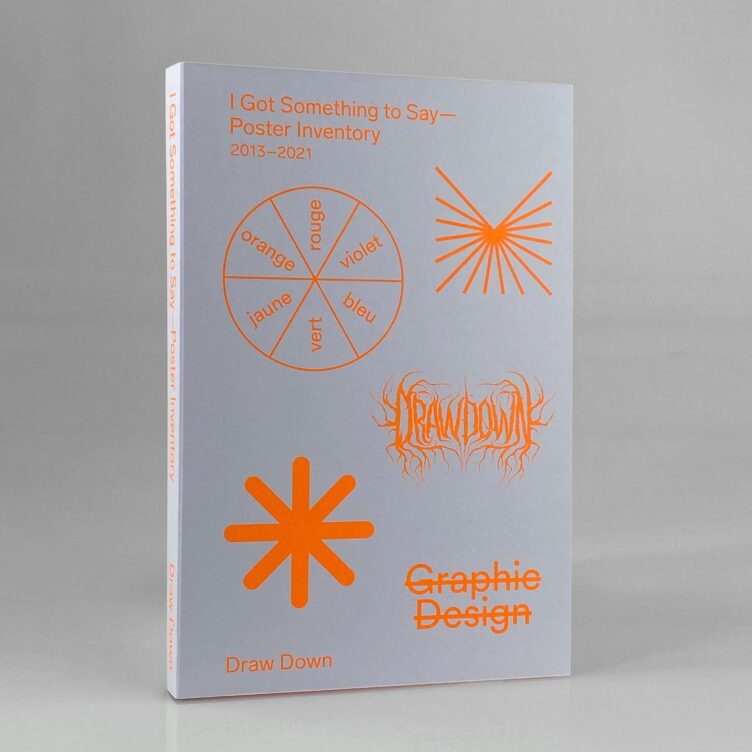 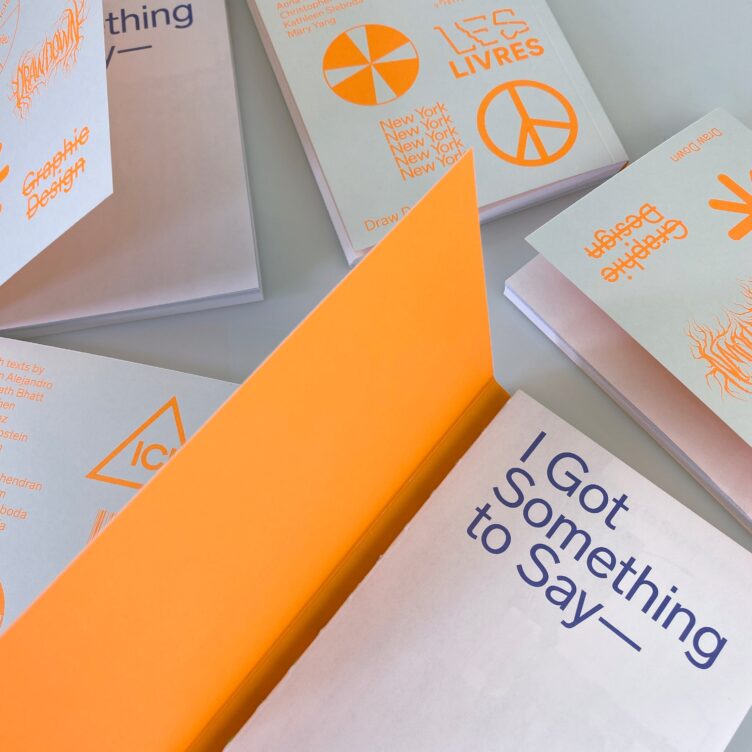 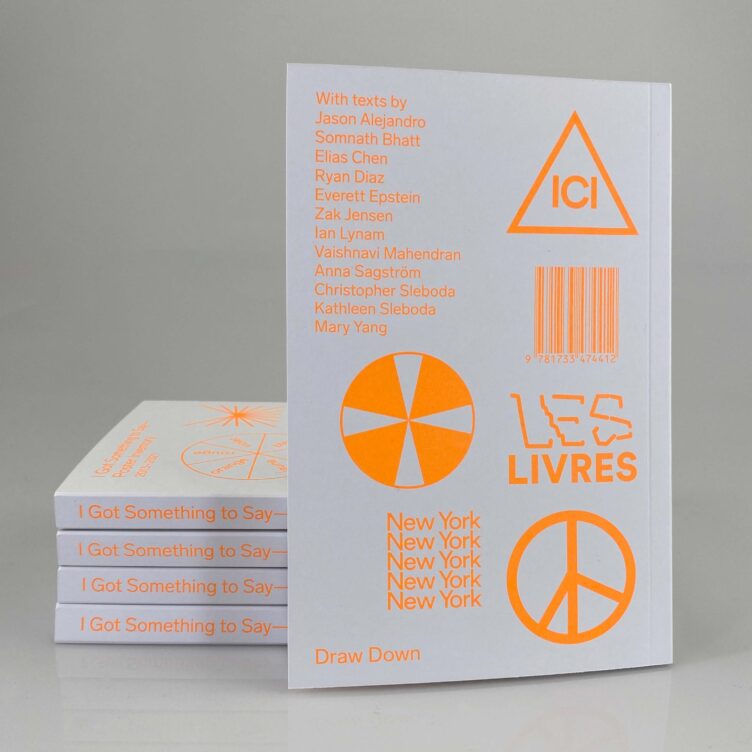 An inventory of posters produced by Draw Down Books for art book fairs, workshops, and lectures between 2013 and 2021. Documenting Draw Down’s activities throughout the period, the publication also graphically maps the contours of the artist book publishing world during the second decade of the 21st century. A series of reflections and essays by prominent graphic designers provides context and insights, providing readers with new ways of considering their own poster-making and event documentation.

Published by Draw Down
First edition, 2022 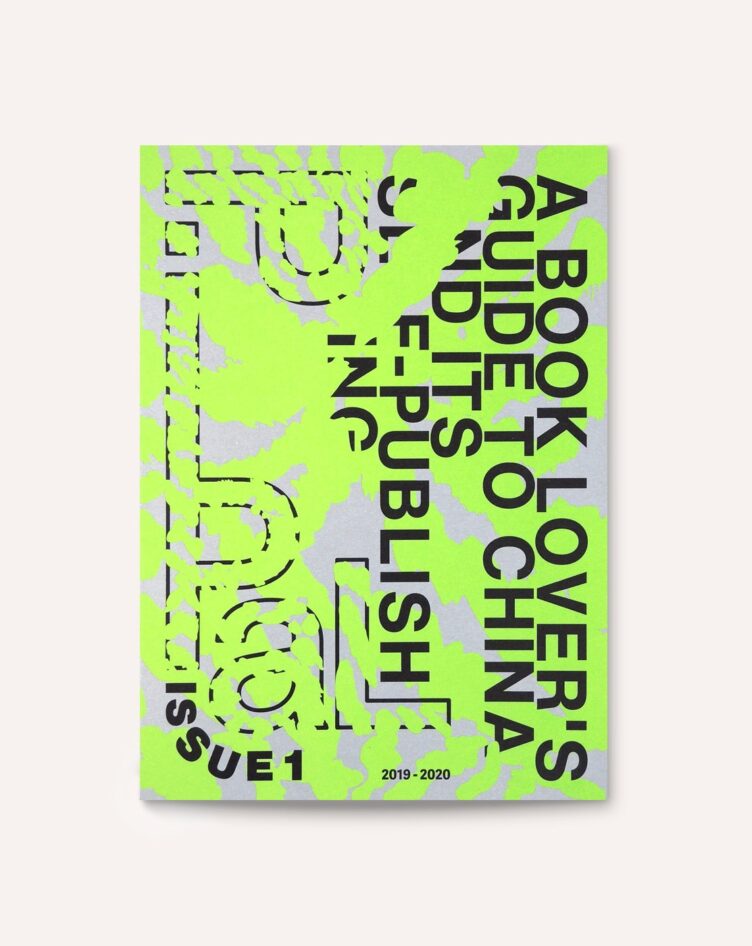 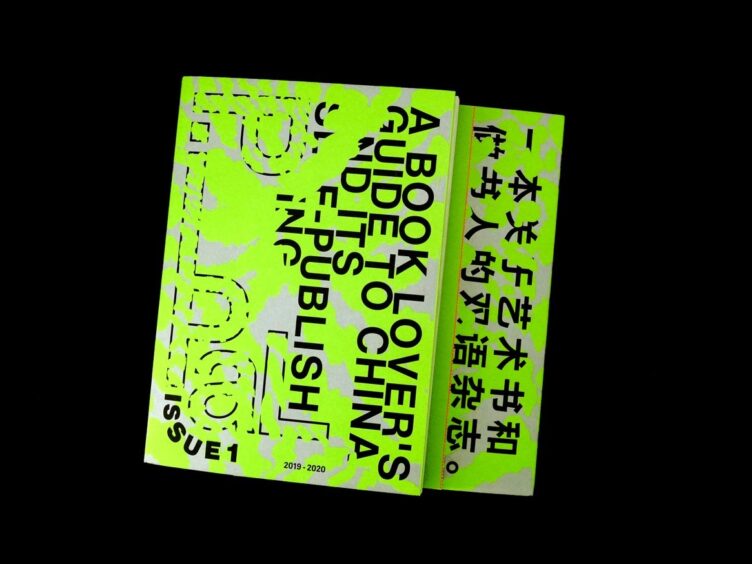 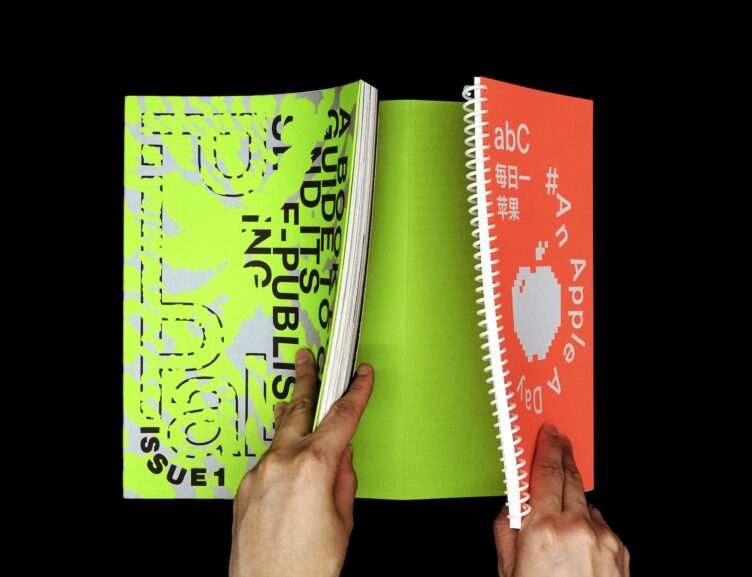 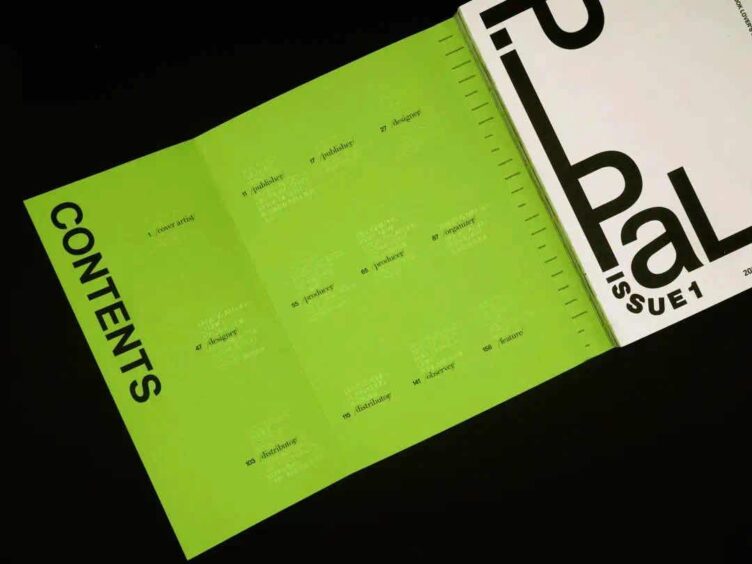 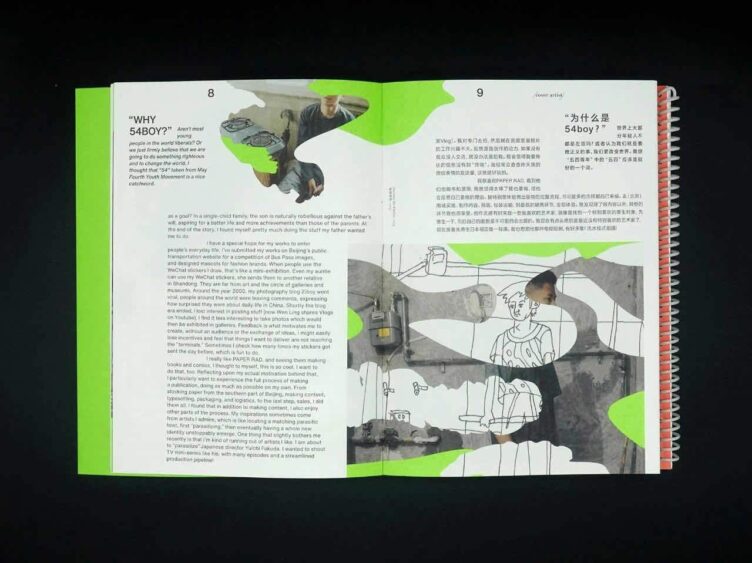 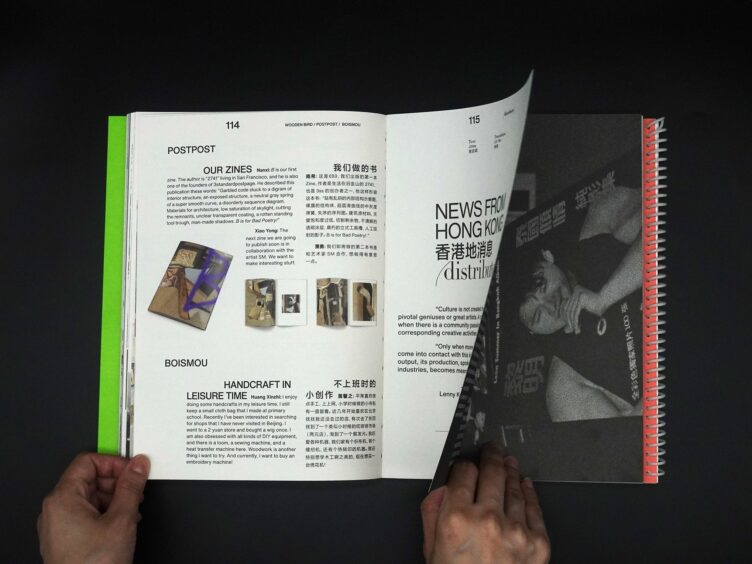 This new annual publication from art book in China focuses on Chinese art publishing and the artist book publishing panorama of Greater China.

After looking back at the history of self-publishing and artist book practices in China, the project salvages early Chinese art publications from the ocean of the Internet. The result is a project that revels in a history suffused with freedom and romance, a history that also touches on China’s vibrant independent music scene.

In this first issue of P_PAL, the professional role and publishing process involved in art book publishing serves as the central narrative of the magazine. The issue includes guides on the production, distribution and printing of books (with special attention paid to the Risograph, screen printing, and other art printing methods) along with a historical overview of Chinese art publishing. Faire is a bi-monthly publication dedicated to graphic design. Produced by Empire, the publishing arm of French design studio Syndicat (designers Sacha Léopold and François Havegeer), Faire is aimed at students as well as researchers and professional designers. Each issue addresses a specific object or theme and is written by a renowned author.

n°16 — A reproduction: what El Lissitzkzy wants. By James Langdon

I am rarely convinced when I see graphic design that was originally printed in two inks reproduced in four-color process. Before the advent of commercial color offset printing, the elementary colors of printing — from Gutenberg to Tschichold—were black and red. In the early twentieth century, black and red were used by graphic designers not to attempt to recreate the spectrum of colors that appear to the human eye, but as graphic forces in themselves. To make a distinction. To create dynamism. To embody ideology on the page. In particular, the combination of black and red on white paper has become synonymous with Suprematism and revolutionary Russian graphic design.

A contemporary imaging workflow can enable extraordinary reproductions of these historical aesthetics. A high-resolution digital photograph of an original black and red printed book from the 1920s can be processed using a color profile to calibrate its appearance across design, color correction in computer software, proofing, and printing. This workflow can ultimately achieve a beautiful and precise image of that graphic artifact as it looks today, down to small details of its patination, its discoloration by exposure to sunlight, and the many more other subtleties that define it as an archival object.

But such a reproduction exhibits a strange technical anachronism. What about the constraints that originally shaped the design of that book — the implicit connection between the two colors of its graphics and the architecture of the one- or two-color printing press on which it was printed? Are they not important? Can they even be reproduced?

I compare printed reproductions of the proud black and red cover of the book ‘Die Kunstismen’ (1925), designed by Russian artist and designer El Lissitzky. Published between 1967 and 2017, these images treat the material characteristics of the original book’s color in different ways, appealing to contradictory notions of fidelity.

The acronym ACAB, often seen in urban space in the form of graffiti or stickers, first appeared in the U.K. in the 1970s, linked to punk culture, and later found a certain popularity during the social movements of the 1980s. Meaning “All Cops Are Bastards”, over the last 20 years it has become widespread in public spaces internationally, in the wake of a number of political movements, from alter-globalization groups to the French gilets jaunes, or Yellow Jackets, along with black blocks and TAZs, even spawning different variations, such as “All Capitalists Are Bastards”, “All Colors Are Beautiful” and “All Cats Are Beautiful”.

Observing how ACAB (or its numerical version, 1312) is written, allows one to traverse multiple political landscapes, as well as a number of visual cultures (anarchist, punk, hip-hop, LOL) to which this acronym has spread. It is through this scriptural, graphic, and visual movement that it has become both a sign of recognition and a polysemic statement.

n°18 — A studio visit: the studio of Ines Cox. By Manon Bruet and Julia Andréone

Three women walk into a bar. The first lives in a large apartment in Anvers, Belgium. The second is an independent Graphic Designer who founded her own studio. The third is an avatar—you might even know her—with a certain interest in creative processes, their interfaces, and their vocabularies. Together, they eat some pistachio nuts, order vodka, and are not at all sure about getting up the next day to teach at the Royal Academy of Fine Arts. But together, more than anything else, they form the troubling multiple personalities of Ines Cox, a Belgian Graphic Designer who met Julia Andréone and Manon Bruet in her studio in June 2019. This publication develops a narrative driven by three voices and traces the outline of a path, a practice, and a figure.

Published by Editions Empire
Bilingual, in French and English