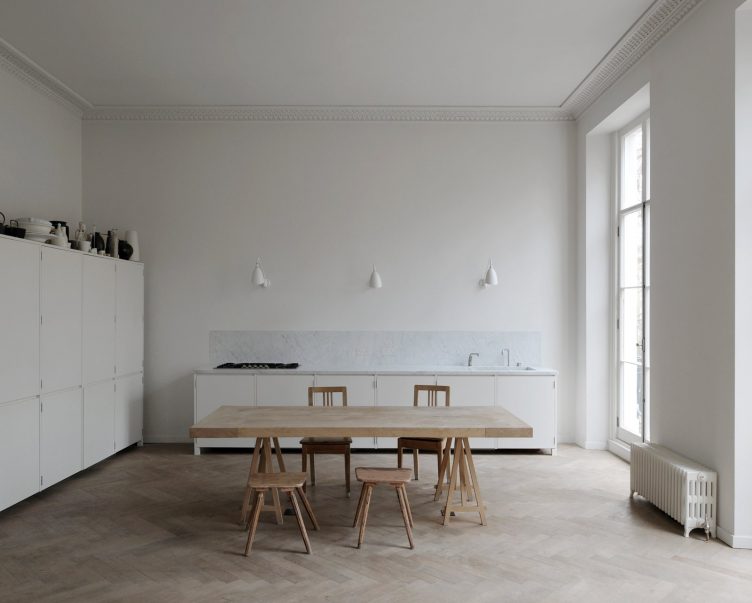 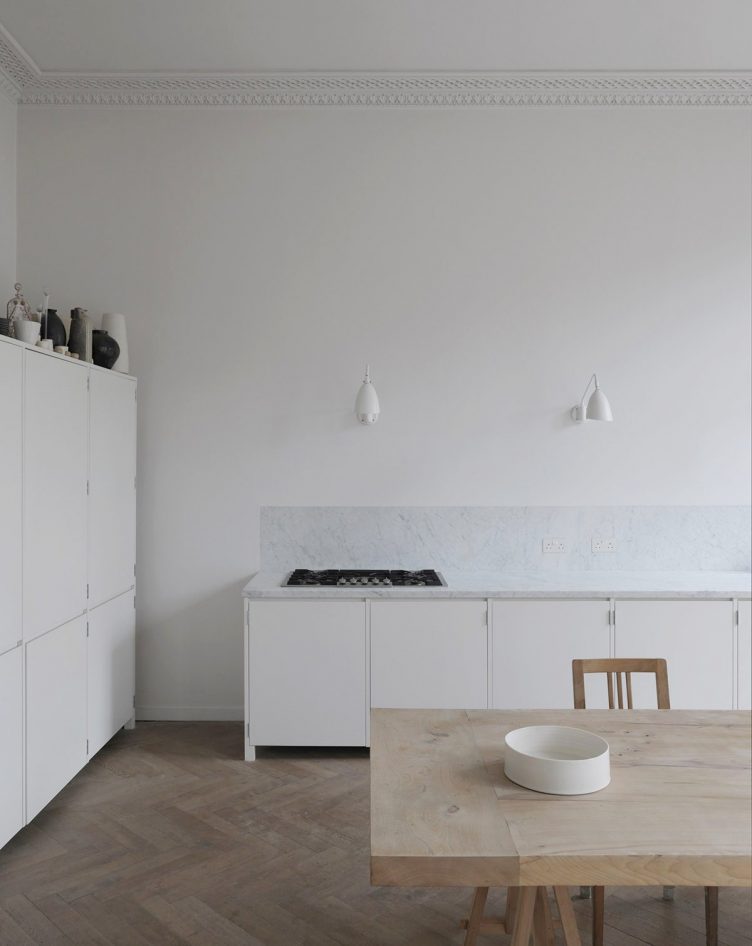 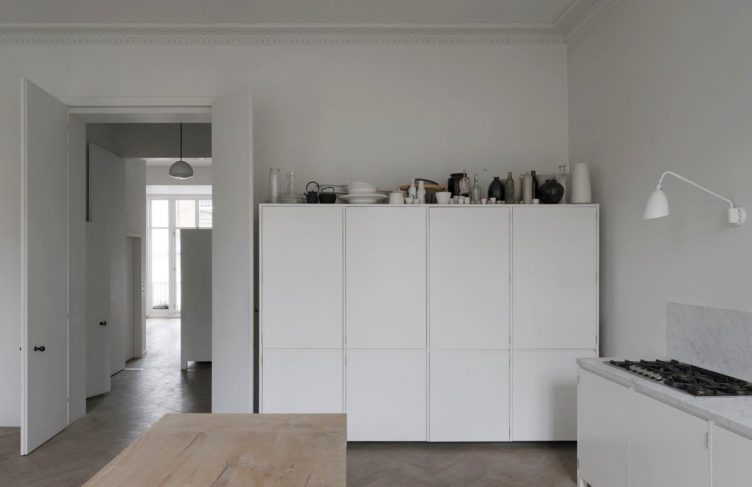 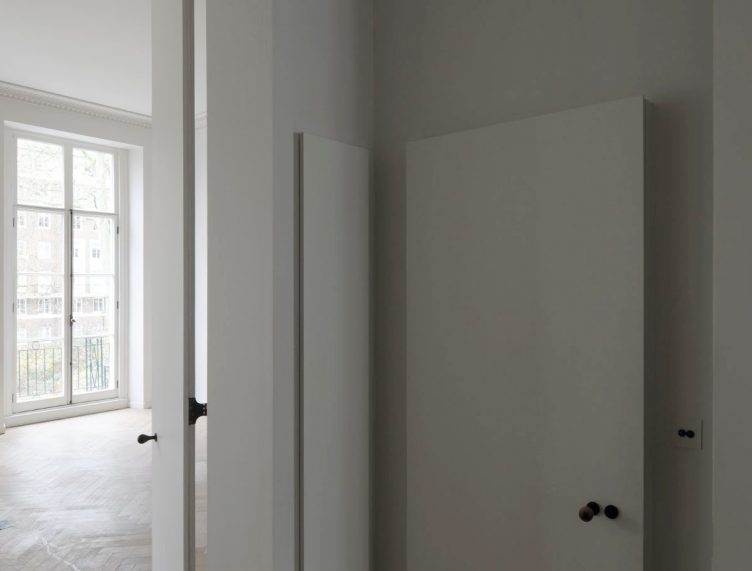 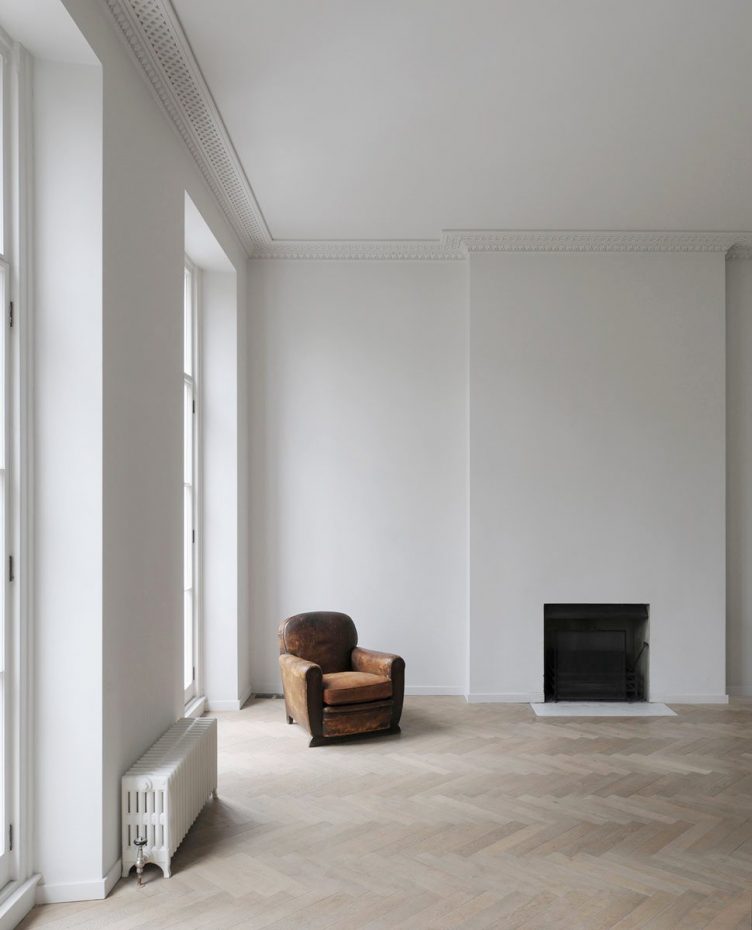 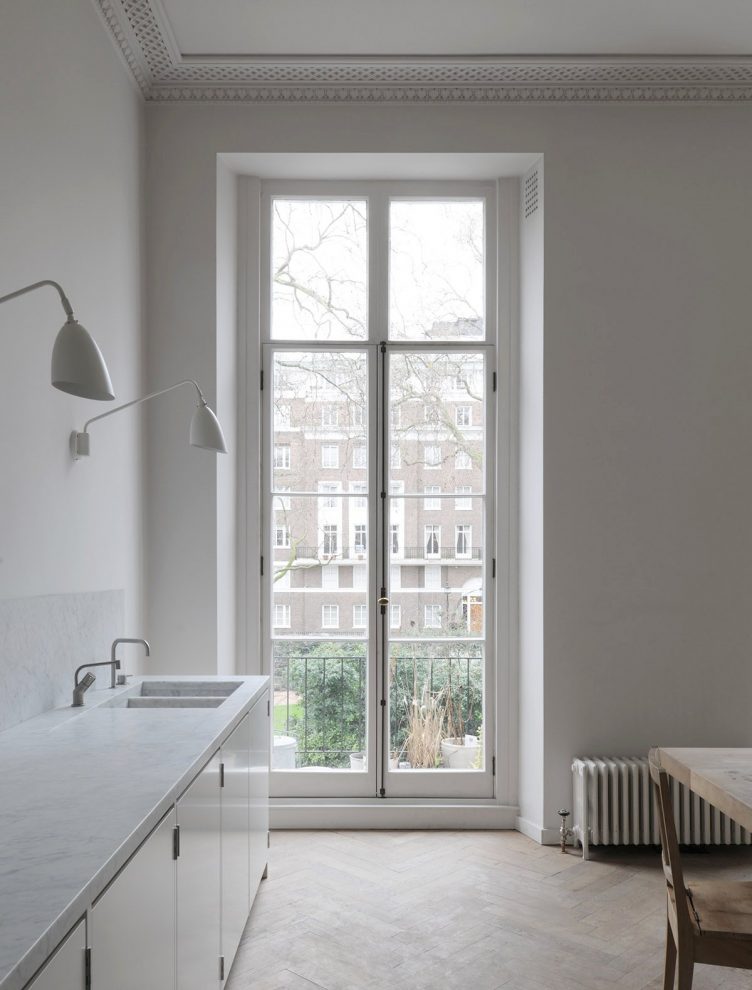 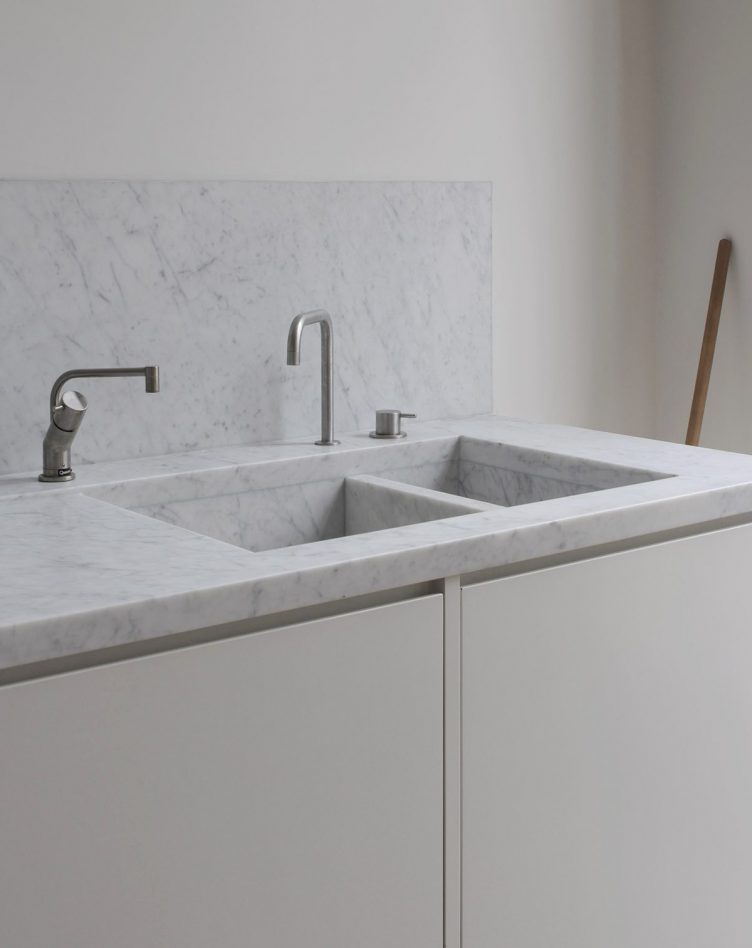 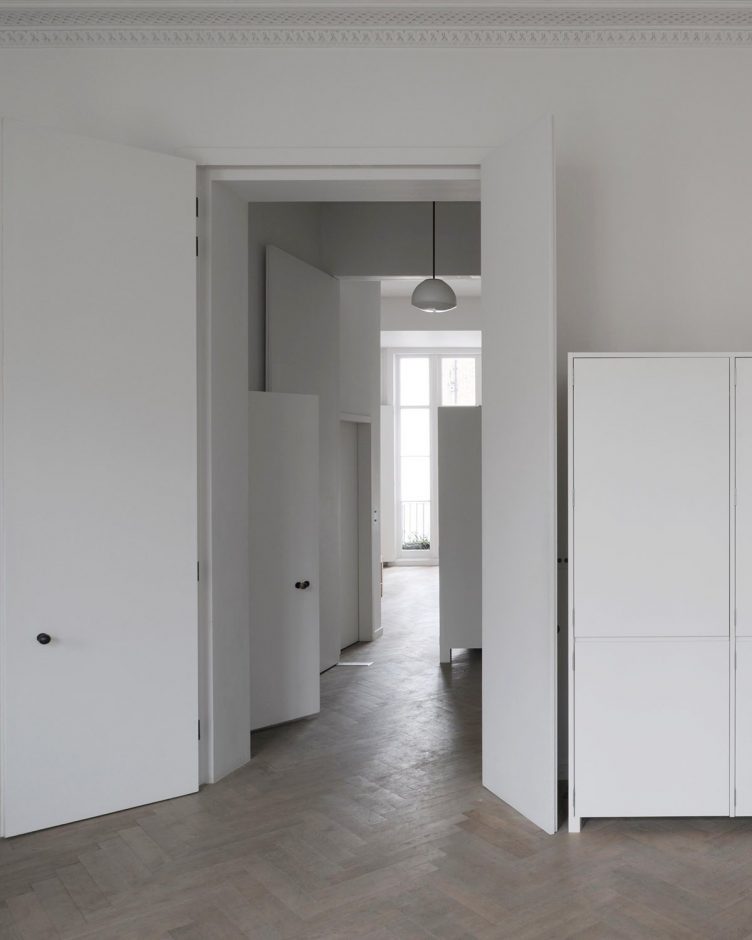 The completed project is for a piano nobile apartment within a Georgian house in Bryanston Square, Marylebone, United Kingdom, designed by DRDH Architects for the couturier Anna Valentine. The apartment restores aspects of the original house, notably the principal room to the square, whilst opening up the plan to light and the spatial interconnectedness of contemporary life. The atmosphere of the resultant spaces draws inspiration from the compelling, sparsely furnished interior paintings of Danish Artist Wilhelm Hammershoi (1864 – 1916), echoing their quiet introspection in sequence, arrangement and tonal palette. As in Hammershoi’s paintings of his home, at Strandgade 30 in Copenhagen, doors of varying scales not only mediate the relationships between new and existing elements but establish themselves as figures that occupy space and define its character. Bespoke furniture pieces form the kitchen within the main living space and a tall cabinet forms a freestanding enclosure to the master bedroom.