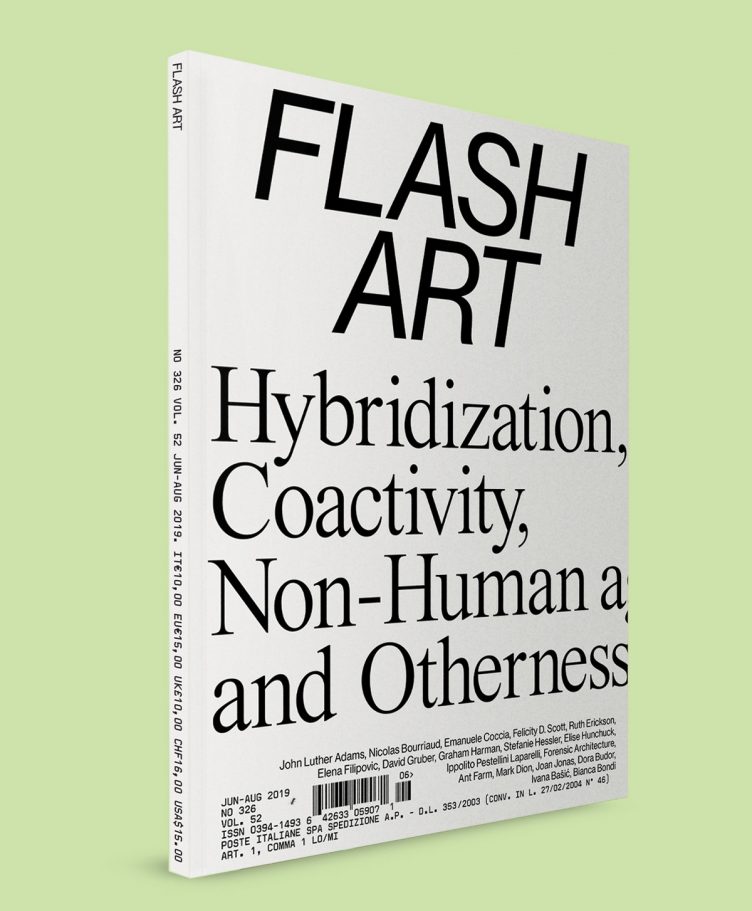 The summer issue of Flash Art is an attempt to map the ecological breakdown that is restructuring our belief systems, forcing us to conceive of new relational modes that reappraise our centrality in the world and advocate for a new continuity with the other.

As we unlearn ways of thinking that have presumed the predominance of man, we will move toward a non-anthropocentric perspective that conceives of human existence in permanent hybridization with other living and/or artificial beings: bots, algorithms, plants, data, animals, minerals, etc.

These are accompanied by texts that offer theoretical reflections on contemporary creativity. Features in this issue include in-depth texts on Forensic Architecture, Dora Budor, Joan Jonas, among others.

Such alternative visions, worldviews, and solutions are needed now more than ever in this time of radical transition.