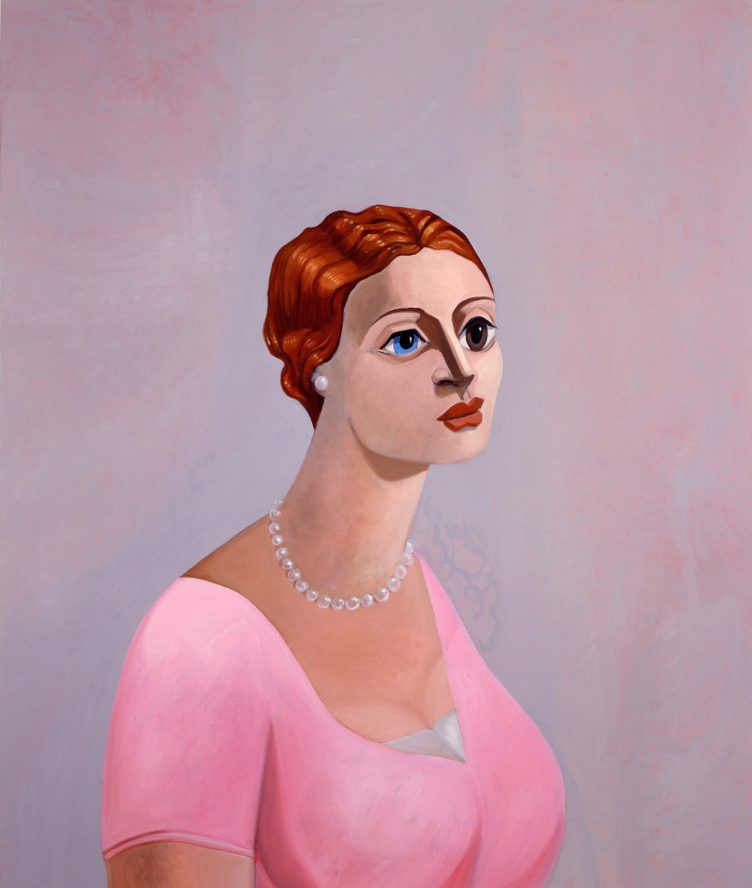 George Condo
Portrait of a Woman, 2002

George Condo
The Girl from Ipanema

An archetypal example of George Condo’s acclaimed singular and iconic approach that challenges and re-defines the conventional notion of figurative portraiture, The Girl from Ipanema belongs to a series of paintings by the artist that tackle the grand tradition of the nude. Taking its subject and title from the well-loved song by Antônio Carlos Jobim, Condo skews our preconceived visual depiction with his challenging portrayal. Looking up at the figure, with her long dark hair flowing against a wonderful blue sky scattered with romanticised fluffy clouds, the image of idealised perfection is disrupted by Condo’s typically distorted facial features. Painting exclusively from his imagination and art historical knowledge, Condo fuses influences from Old Master painting to Cubism with an awareness of popular culture, to create a character that is simultaneously ‘seductive and repulsive’, and ‘frightening and appealing’ (Ralph Rugoff, ‘The Enigma of Jean Louis: Interview 14 March 2006’, in George Condo: Existential Portraits: Sculpture, Drawings, Paintings 2005/2006, exh. cat., Luhring Augustine, New York, 2006, pp. 8-9).

Characteristic of Condo’s partiality for amplification and distortion, the girl’s face has been transformed into a warped contradiction featuring enormous ears and bulging features that meets our scrutiny with a cocked confrontational gaze. Picasso’s considerable influence on the artist is evident in Condo’s exploration into the re-invention of the facial features. Despite their distorted grotesque changes of form, Ralph Rugoff notes that Condo also instils his subjects with a sense of indefinable pathos: ‘Unlike in caricature… the preposterous features of these figures are in fact rendered with great sympathy. Drawing on the traditional rhetoric of portraiture, Condo imbues his invented subjects with a compelling psychological presence’ (Ralph Rugoff, ‘The Mental States of America’, George Condo: Mental States, exh. cat., Hayward Gallery, London, 2011, p. 16).

Condo’s masterful painterly technique and strong characterisation of the figure set against an enduring backdrop, creates an effect that is both stylistically elegant and disturbing, repulsive and sympathetically engaging. The artist’s vision, embodied in the present work, uniquely and imaginatively re-examines the canon of the female nude in art history. 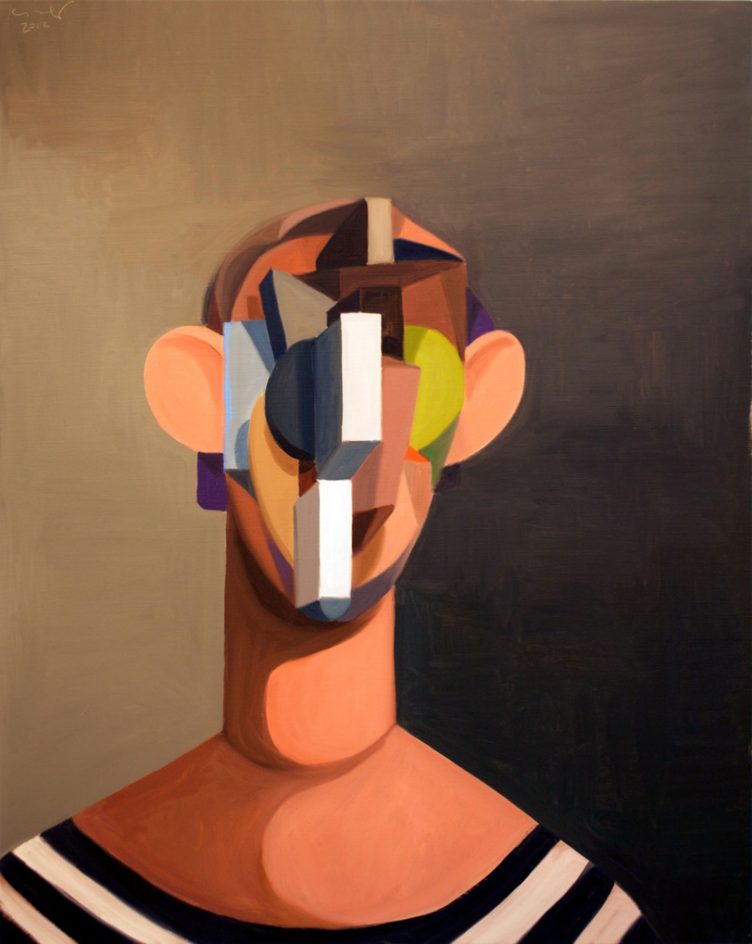 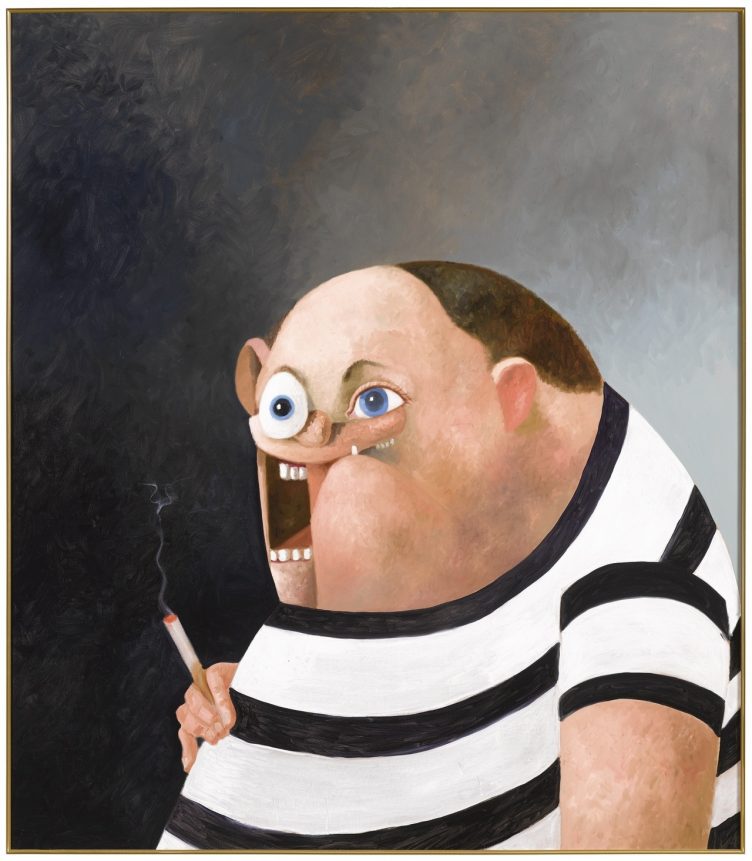 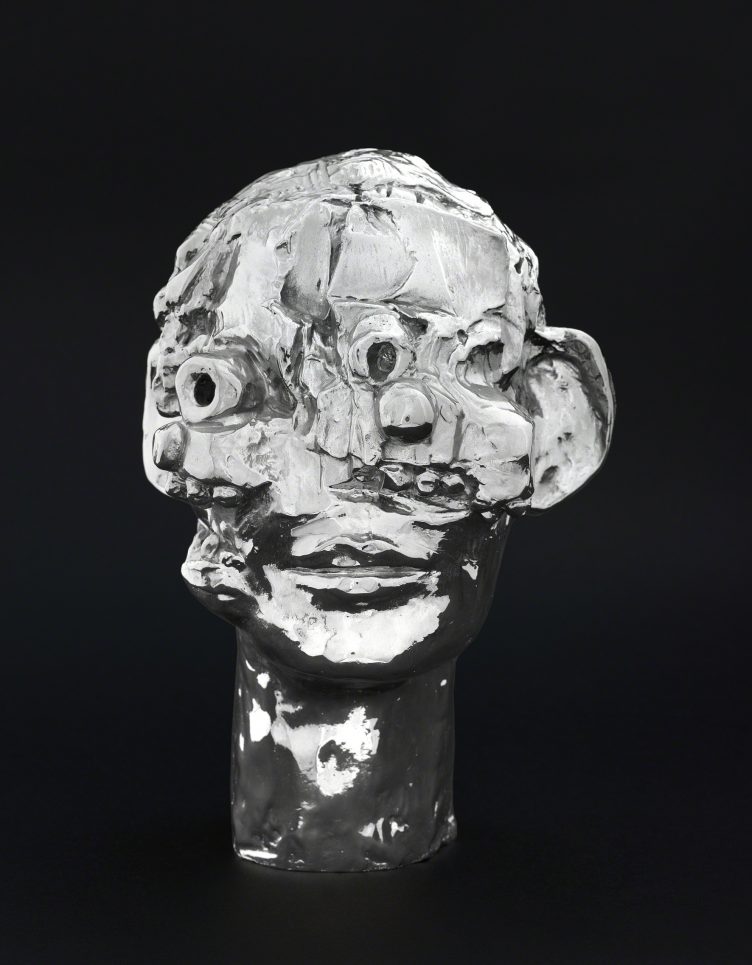 George Condo’s work is populated by a cast of characters whose bulging eyes, bulbous cheeks, proliferating limbs, and hideous over – and under-bites set them apart as a singular species. Drawing on vastly diverse painting practices—like Pablo Picasso, Diego Velázquez, Henri Matisse, and Cy Twombly—Condo absorbs a vast range of art-historical sources, yet, at the same, creates a pictorial language characteristically his own, one that investigates the macabre, the carnivalesque, and the abject. He calls his surrealistic style “psychological cubism”, exploiting “our own imperfections—the private, off-moments or unseen aspects of humanity—that often give way to some of painting’s most beautiful moments.” Even Condo’s most abstract works, like Internal Space (2005) with its impenetrable geometric scaffolding of forms radiating from the painting’s center, explore the furthest extremes of the human psyche. 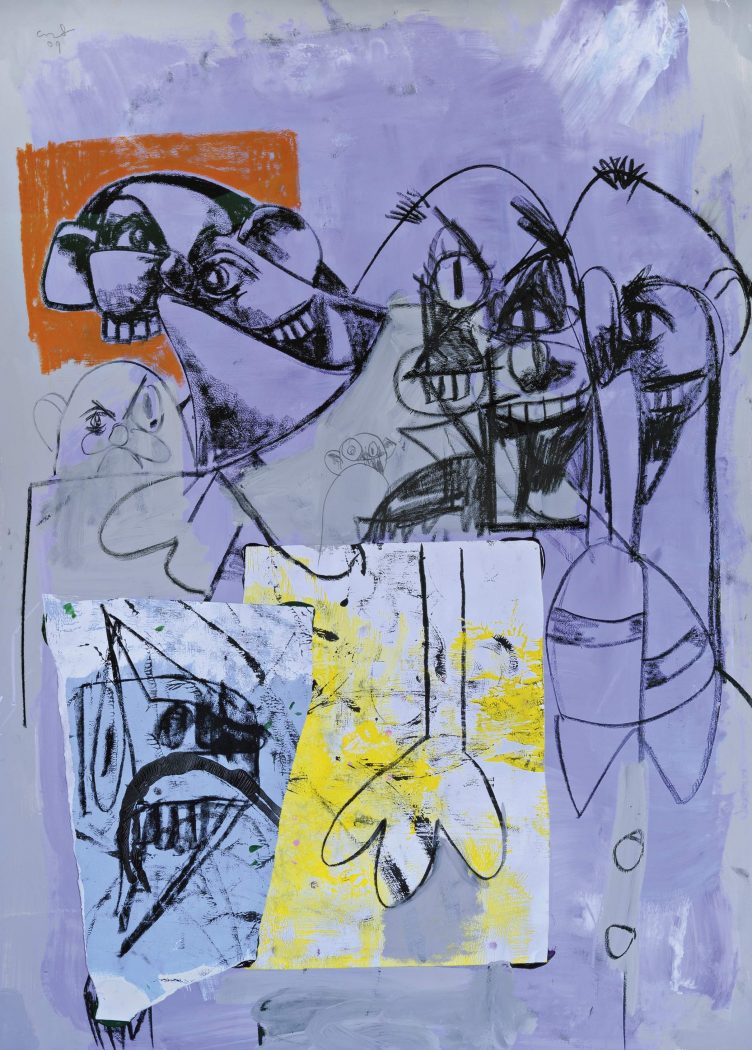