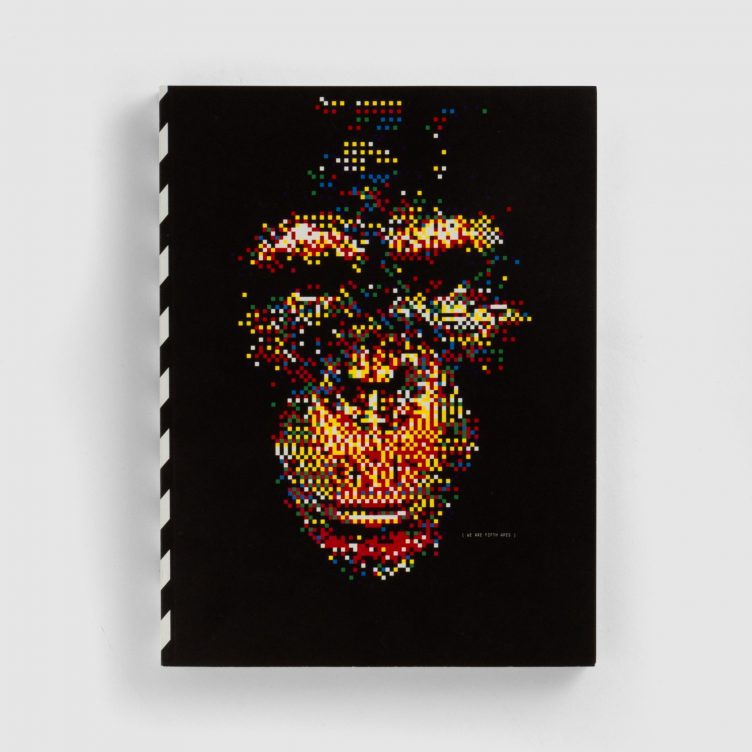 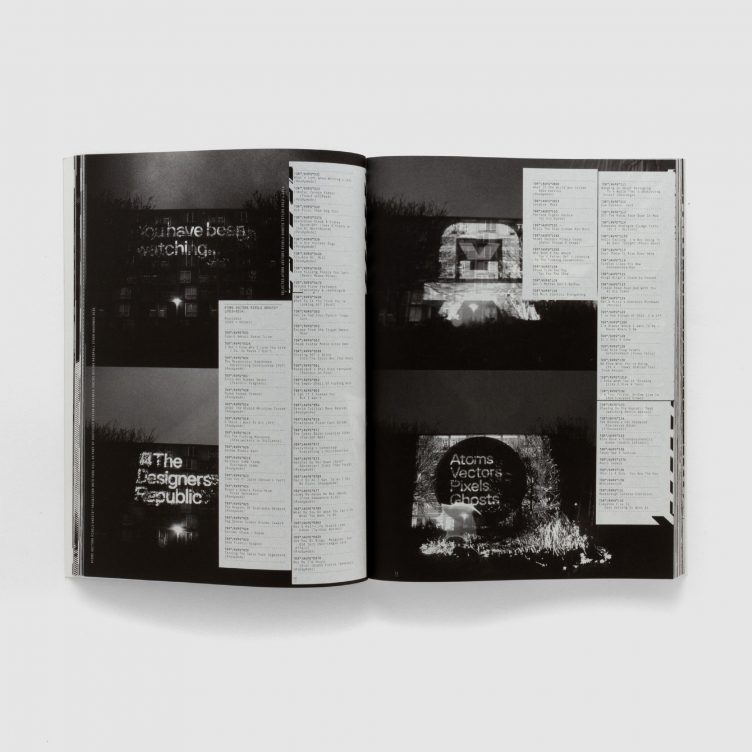 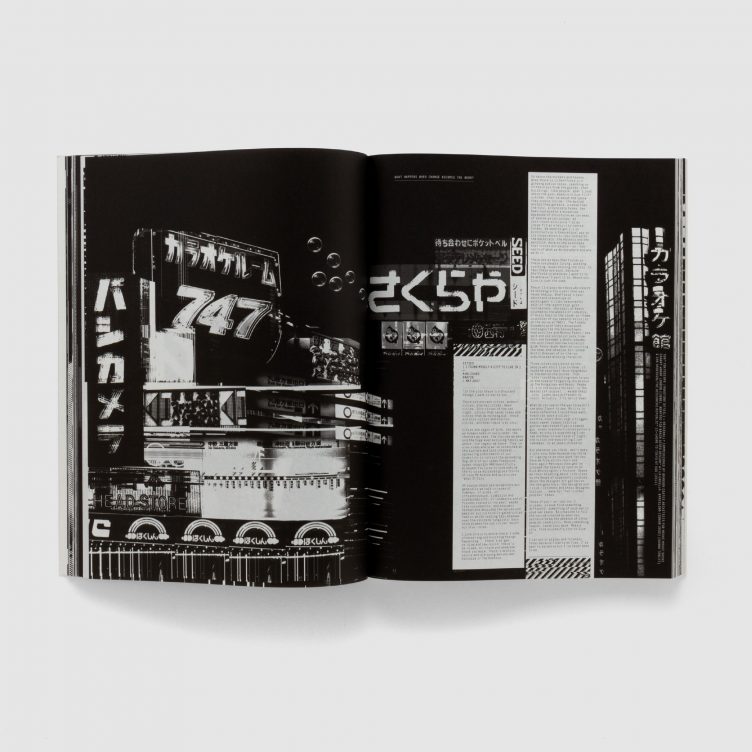 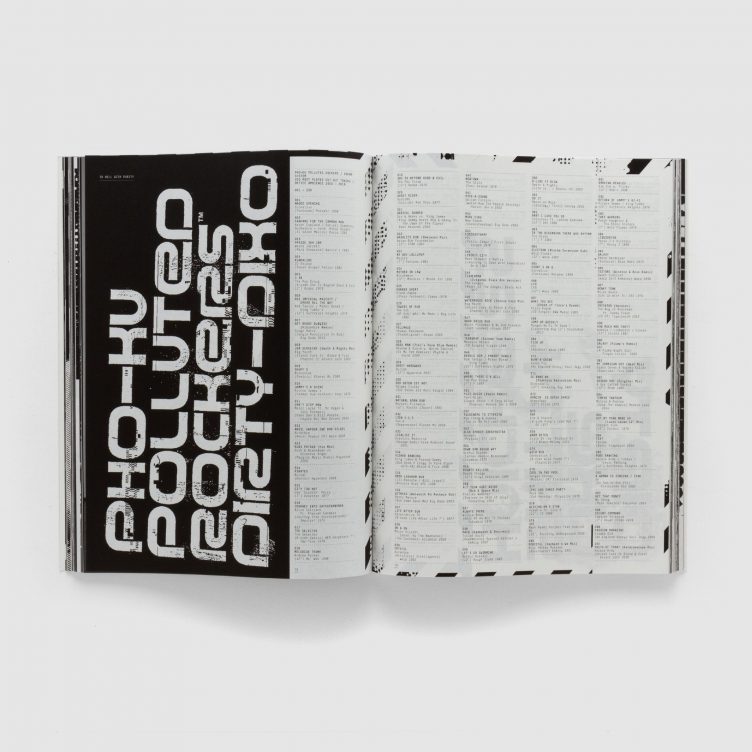 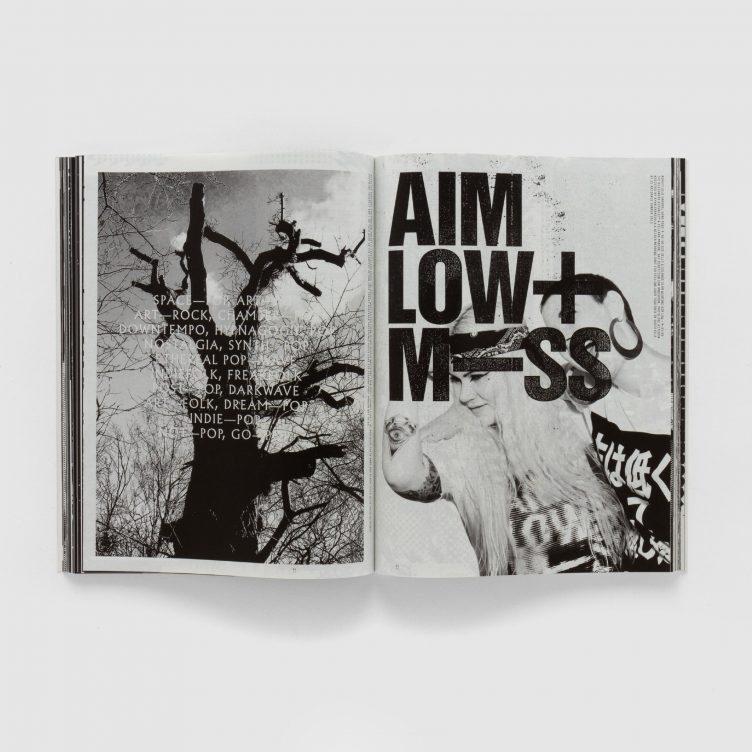 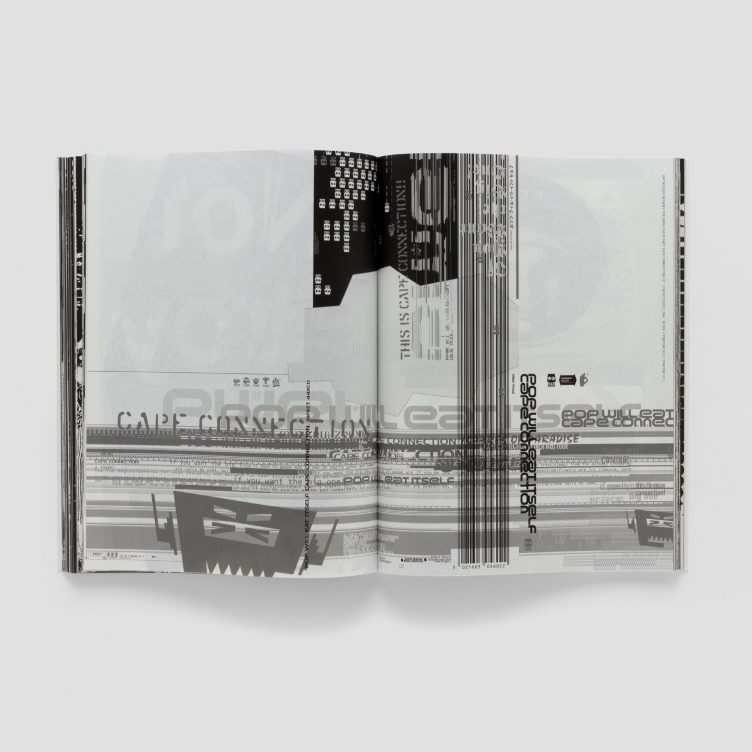 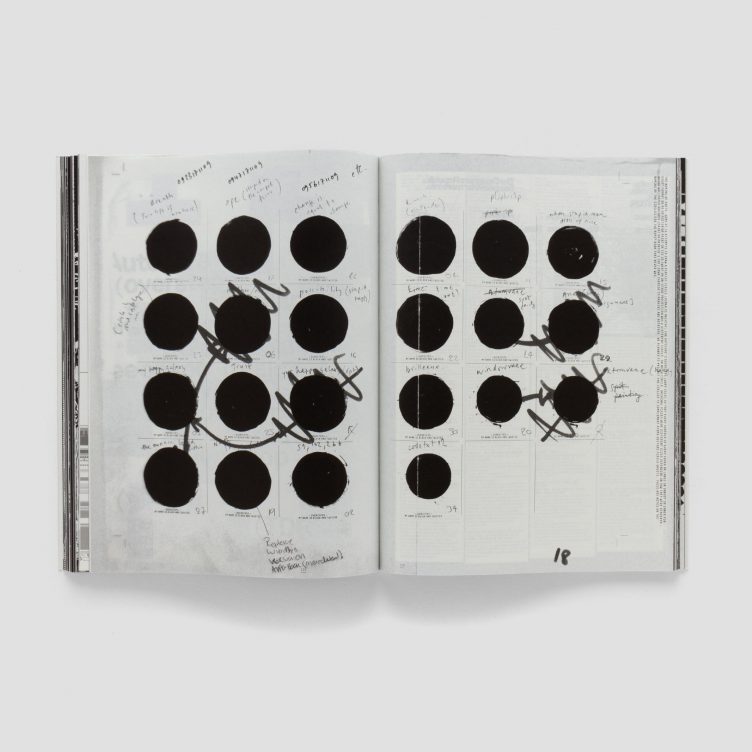 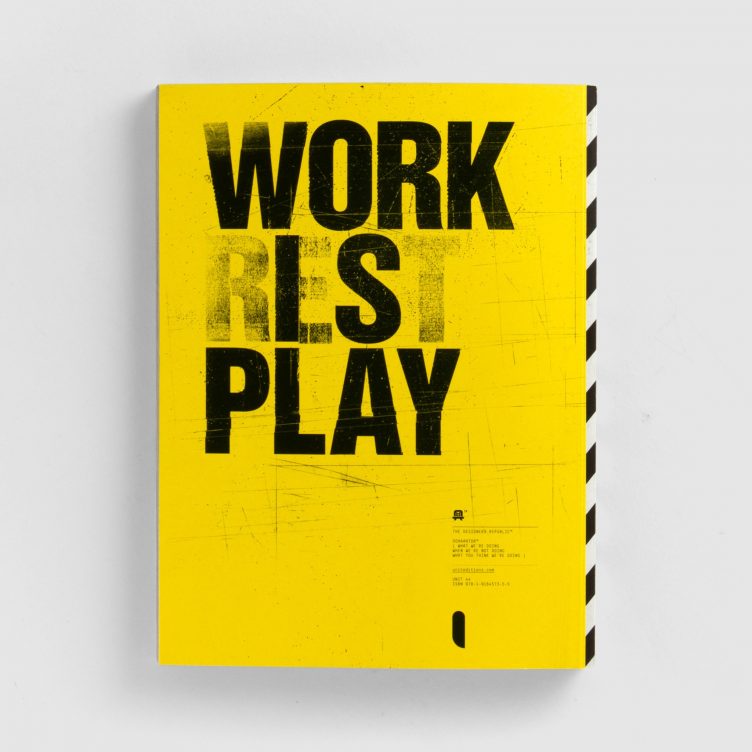 OOHAAHTDR™ (‘What we’re doing when we’re not doing what you think we’re doing’) is a companion edition to AZTDR™ and contains new, reworked and previously unseen TDR™ artwork, alongside several texts by Ian Anderson and essays by Rick Poynor and David Thompson.

Originally produced for backers of the AZTDR™ Kickstarter campaign as an additional volume of TDR™ rarities and visual explorations, a limited number of copies of OOHAAHTDR™ are now available to buy.

Designed by TDR™ and authored by Anderson, the book also includes over 50 pages of posts culled from the archives of the long-defunct neo.DR newsgroup (Jan 1997—Feb 2001).

As Anderson writes in the User’s Guide to OOHAAHTDR™: “If this is a book, then it’s an exercise book pulled together in exactly one week, by three people, as an exercise, in the spirit of what Terry (i-D) Jones calls ‘Instant Design’; built as a response to Unit Editions’ AZTDR™, from the fallout that (definitely a) book’s un-archiving/collating process, from the physical, photocopied, lost and found, and the unmade to the lo-res, half-remembered fragments floating in our ether, bouncing back off other people.”