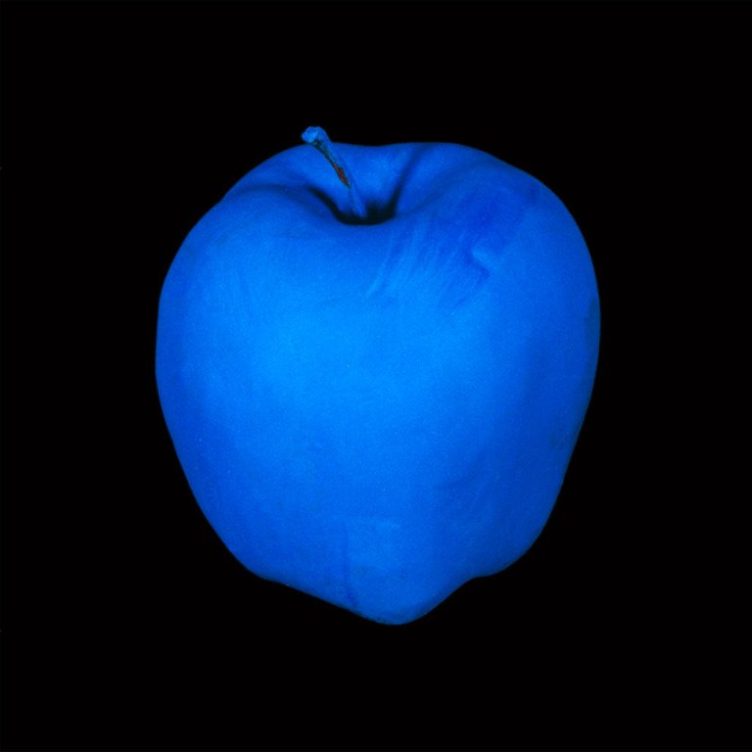 This print, from Baldessari’s Millennium Piece series, reflects the artist’s deadpan sense of humor and idiosyncratic use of color.

It’s hard to overstate the impact that John Baldessari has had on the art of his time, in part because he has been something of an index case for a particular breed of conceptual art that has spread to all corners of the art world. Beginning in 1970, when he took all of his paintings from his San Diego studio—a decade’s worth of work—and incinerated them as part of his “Cremation Project,” Baldessari has systematically tested the boundaries of what can be considered art, creating strangely joyous works out of gestures as simple as hitting various things with a golf club (which he did for a series of photos), waving at ships (ditto), and placing dots over the faces of figures in old Hollywood film stills. As for how these documentations of conceptual gestures were able to function as art objects, well, Baldessari said, “the aesthetic takes care of itself.”

These ideas and the resulting artworks that seethe with the tension between art and non-art—the tightrope that the artist has walked throughout his mature career—spread like wildfire in the 1970s, in large part because Baldessari held sway over the cutting-edge art program at the California Institute of the Arts, better known as CalArts. As a teacher there in the 1970s and ’80s, he inspired a group of students that included James Welling, Matt Mullican, David Salle, Jack Goldstein, Tony Oursler, and Troy Brauntuch (several of whom became known as part of the “Pictures Generation”) with a philosophy that drew deeply on the approach of Marcel Duchamp, making direct address to the viewer’s mind rather than eye. Duchamp, after all, was something of a West Coast patron saint after the Pasadena Art Museum gave the French artist his first American retrospective in 1967—54 years after his Nude Descending a Staircase, No. 2 radicalized the East Coast.

Baldessari has said that “categories are meaningless,” and over the course of his career he has ranged widely in his use of mediums, developing signatures styles as diverse as sculptural cut-canvas paintings presenting surrealistically isolated body parts (a nose, for instance), videos of himself performing repetitive tasks, and, most famously, his dot-obscured compositions of stock photos and film stills—an homage to the celluloid industry in his backyard conveying both a deep sense of alienation and playful whimsicality. Text work has also been an important part of his practice, beginning with his seminal 1971 print I Will Not Make Any More Boring Art, in which the artist had those words repeatedly scrawled in the manner of a disciplined middle-school student; other pieces combine text and image for destabilizing or perplexing juxtapositions.

That Baldessari has been true to his word regarding “boring art” is evident in his status today as one of the most celebrated artists alive. In 2009 he was awarded the Golden Lion at the Venice Biennale, the art world’s highest honor, and he has been the subject of many critically acclaimed retrospectives, including the 2010 show “John Baldessari: Pure Beauty.” A multivolume catalogue raisonné is currently being assembled, with the first volume published in 2012. 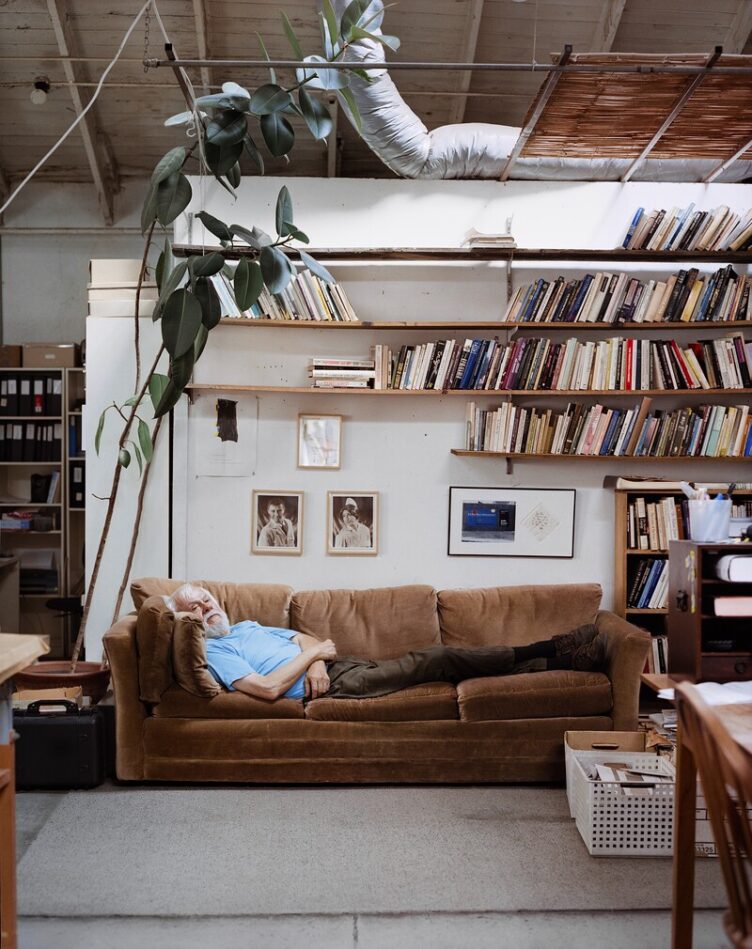 The exhibition Album – Portraits 1989–2021 is a comprehensive show of works by the Cologne-based artist Albrecht Fuchs. His conceptual work is dedicated to the photographic portrait and for more than three decades now Albrecht Fuchs has documented the contemporary art scene by showing colleagues in their personal environment. The people portrayed belong to different generations of artists. Several persons have been portrayed at different moments of their careers and at different times. In addition to his artist colleagues, Albrecht Fuchs also portrays gallery owners, collectors and museum directors, actors and actresses and politicians. The result is concise images of the respective personalities, conveyed through the perception of the photographic portrait, which are characterized by intensity and concentration. At the same time, they maintain a distance that leaves room for the specific individuality of the counterpart. Looking back on more than 30 years of photographic work, which also includes book projects and magazine works, the exhibition opens up a panorama of Western contemporary art, as it developed from Cologne and later found a new centre in Berlin. The close connection and artistic exchange between the Rhineland and the North American East and West Coasts become just as clear as the internationality of the art locations Cologne and Berlin, which is still formative for their self-image and perception today.

The exhibition, which was created in close collaboration with the artist, includes reference works by some of the artists portrayed, some of which belong to the permanent collection of Leopold-Hoesch-Museum. They pose questions about the significance of the photographic and the subject of the portrait for our relationship to the world and the pictorial approach to it. “Albrecht Fuchs. Album” is a collaboration between the Museum für Photographie Braunschweig, the Kunsthaus im KunstKulturQuartier Nürnberg and the Leopold-Hoesch-Museum, Düren. A catalogue published by the Walther und Franz König bookshop has been released on the occasion of the exhibition. 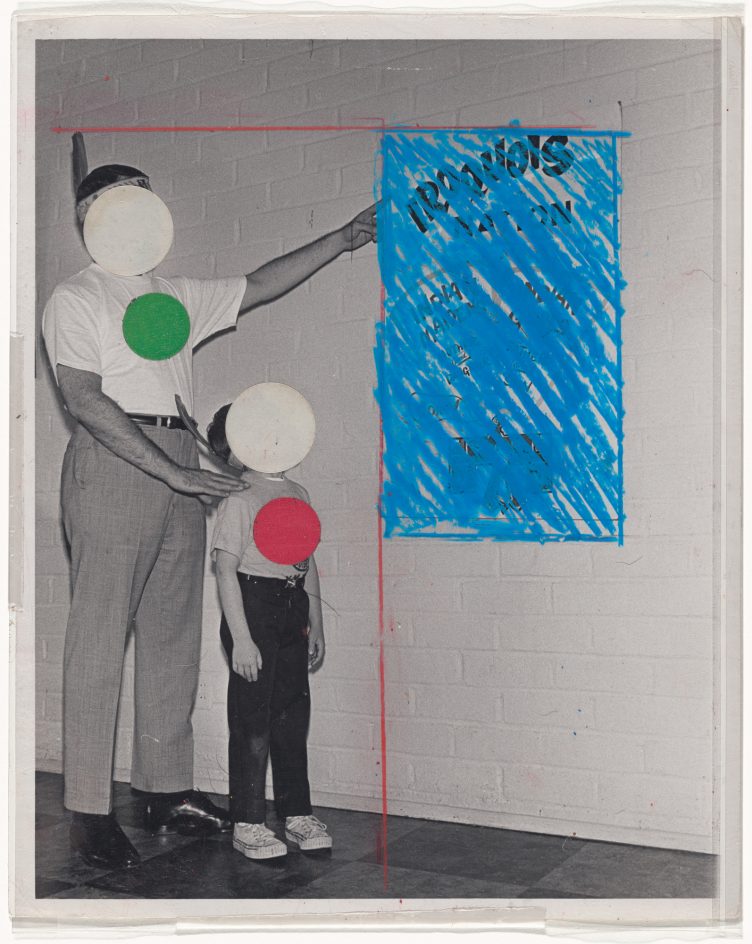 John Baldessari
The Fallen Easel, 1988
Lithograph and screenprint on three sheets of Arches paper, one sheet of Ragocote paper, and five aluminum panels
74 × 95 in
188 × 241.3 cm