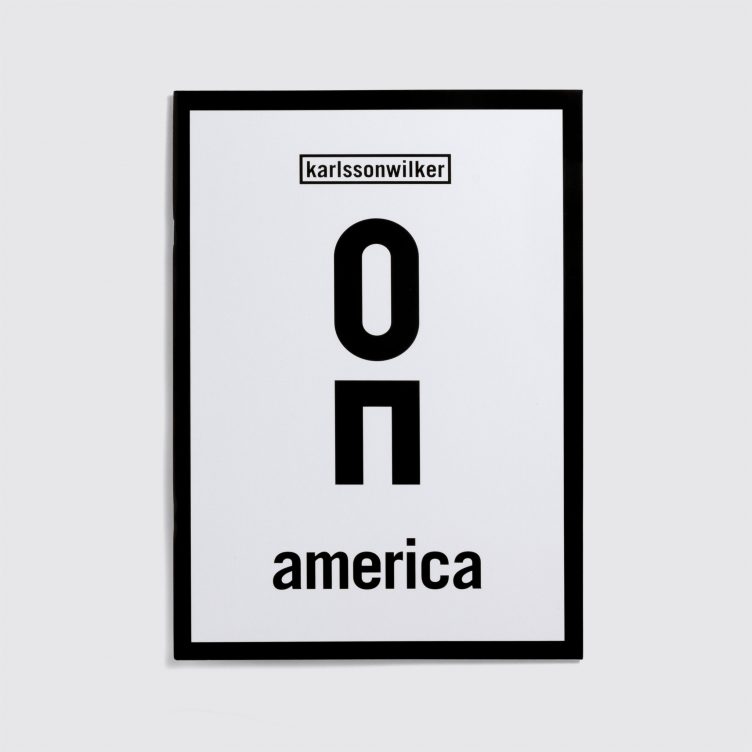 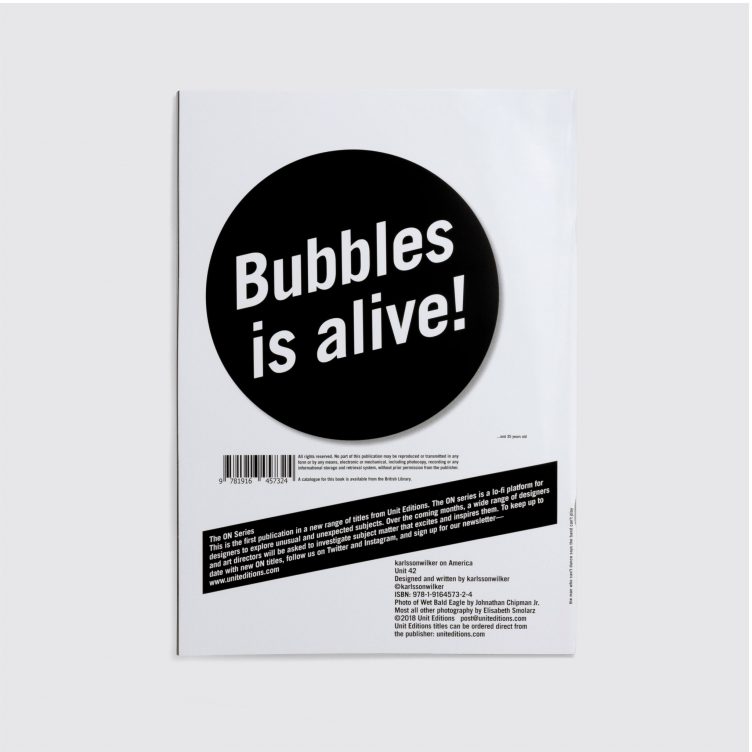 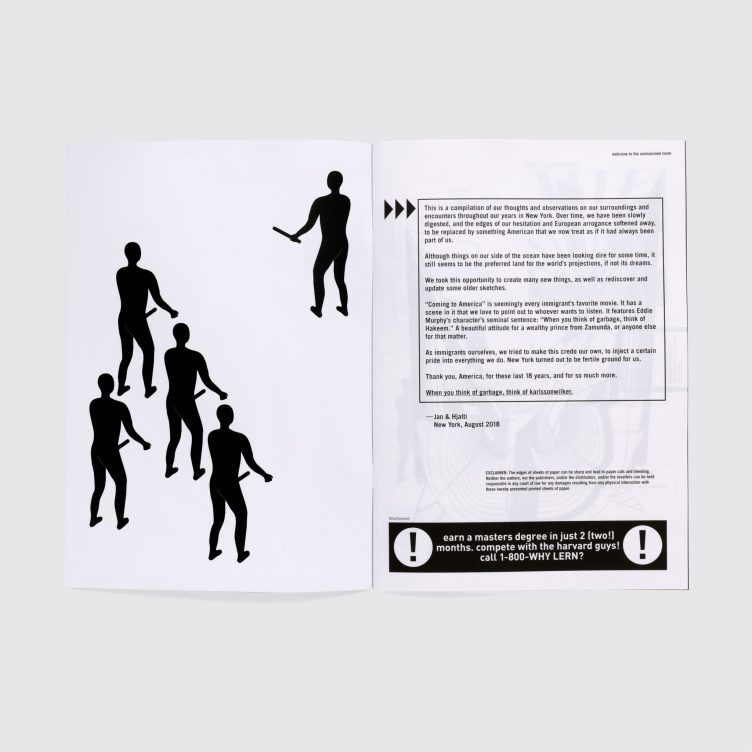 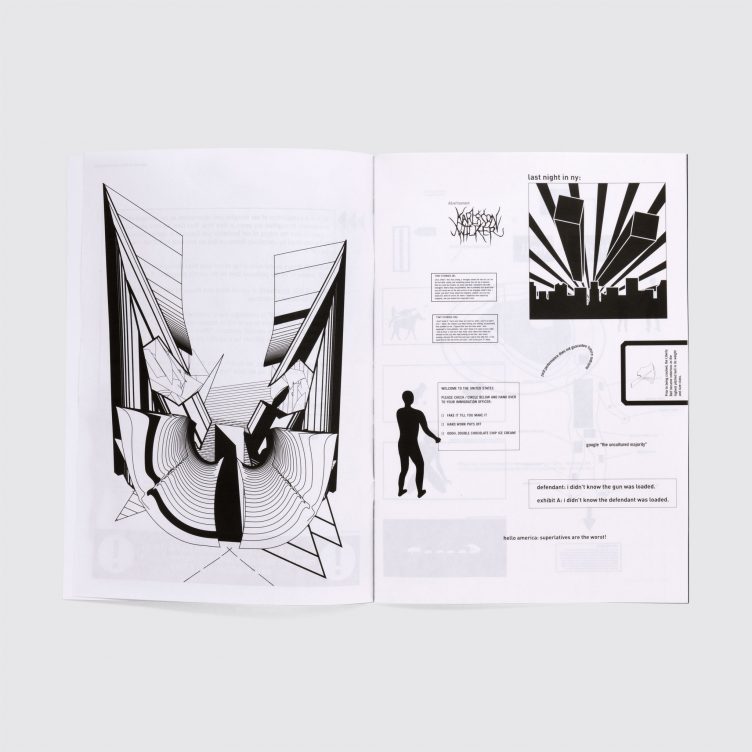 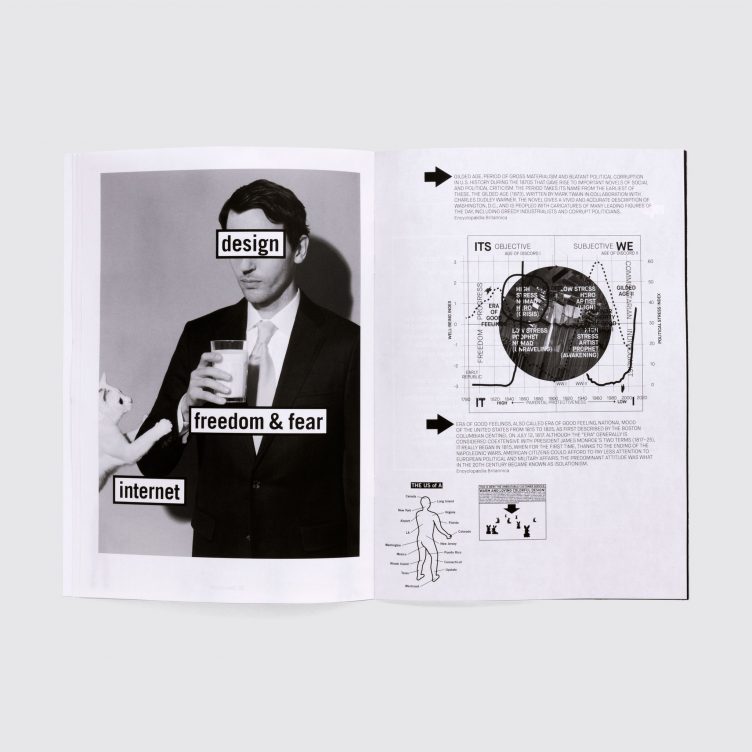 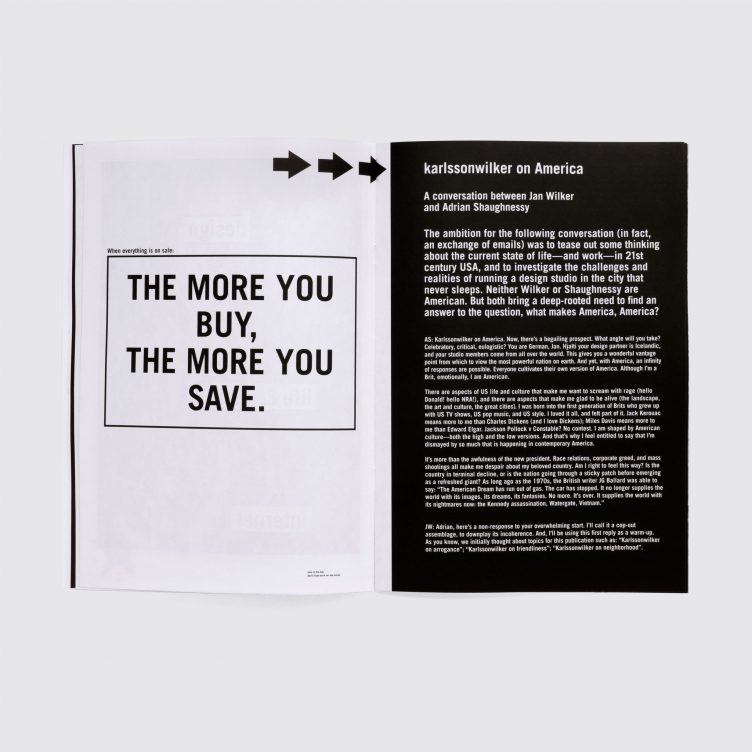 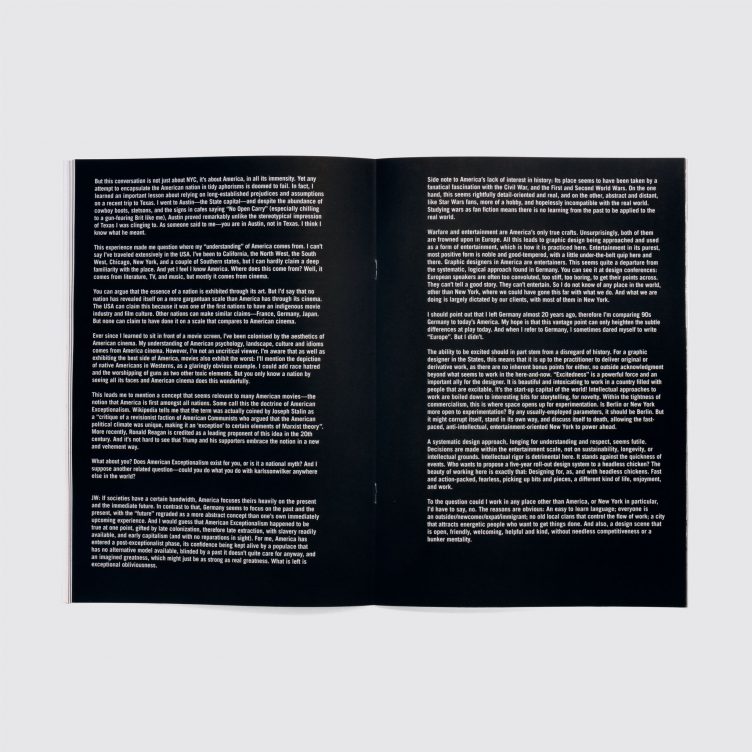 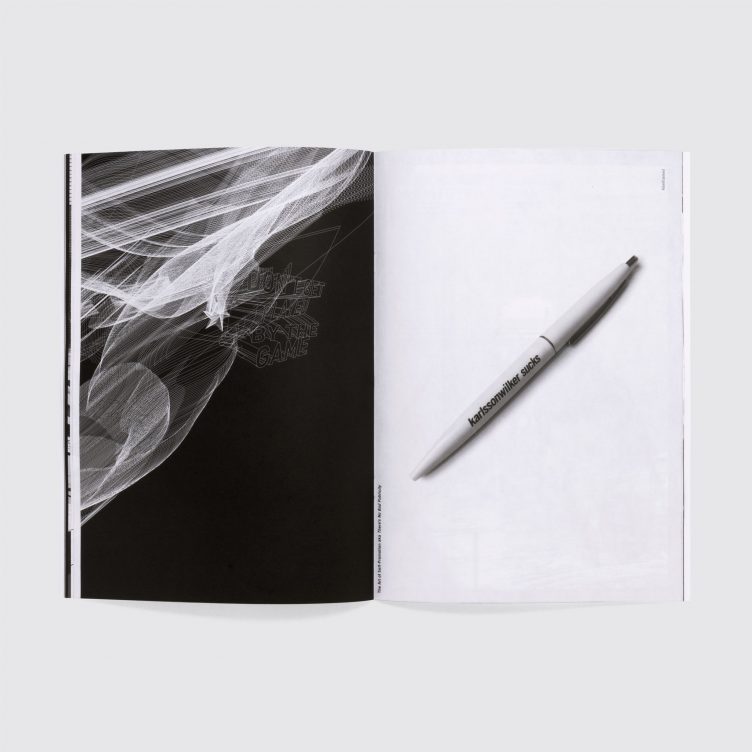 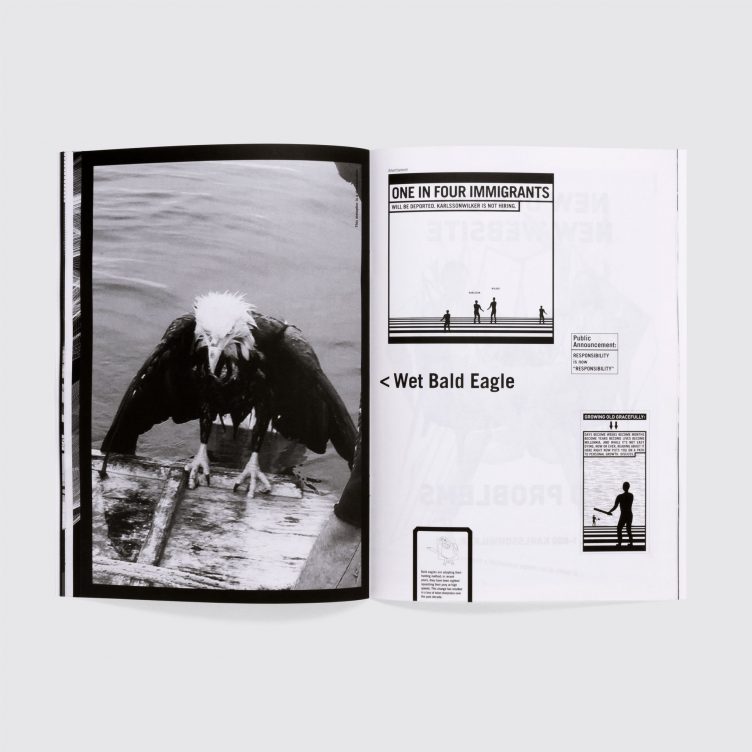 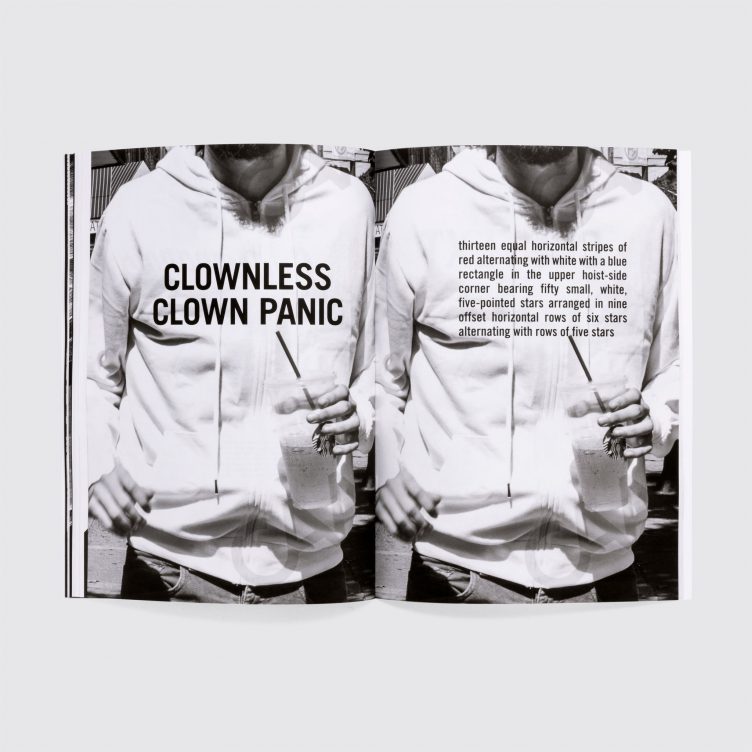 For ON #1, Karlssonwilker examine their adopted home of America in their own inimitable style. As outsiders who have been working in the US for 18 years, Jan Wilker and Hjalti Karlsson – German and Icelandic, respectively – offer up “a compilation of our thoughts and observations on our surroundings and encounters throughout our years in New York”.

The result is a heady mixture of graphics, illustration and photography; charts, diagrams, (definitely not fake) facts and wry observations, centred around an extensive Q&A between Wilker and Unit’s Adrian Shaughnessy.

From thoughts on “design as entertainment” to discussing the challenges of running a design studio in the city that never sleeps, the interview sees Wilker recount his first, eventful 24-hours in New York City in 1999 and frames the studio’s recent move to Ridgewood, Queens after 16 years in Manhattan.

“Over time, we have been slowly digested, and the edges of our hesitation and European arrogance softened away, to be replaced by something American that we now treat as if it had always been part of us.” Karlssonwilker

A new range of Unit titles that gives designers the chance to explore unusual and unexpected subjects. Intended as a lo-fi, carte blanche platform, ON will see a wide range of designers and art directors investigating topics that excite and inspire them.