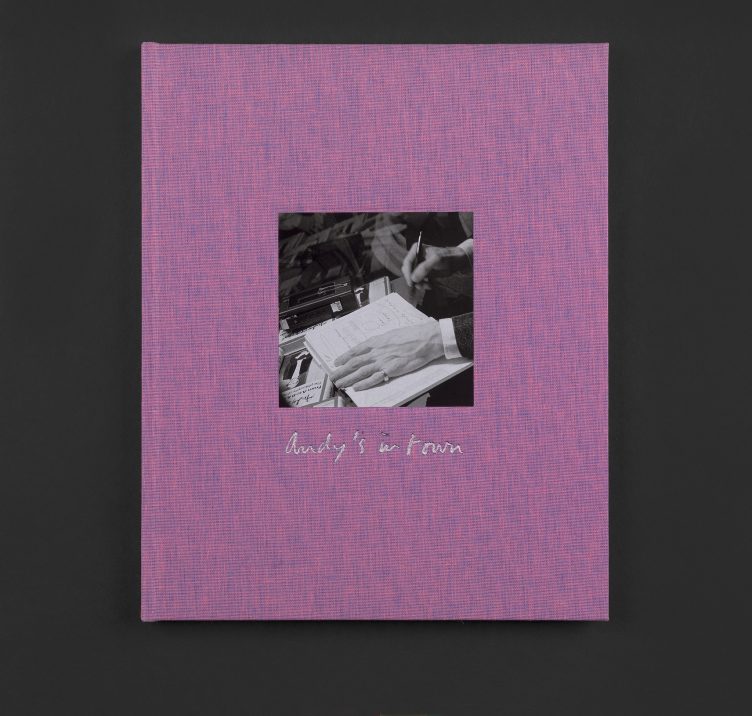 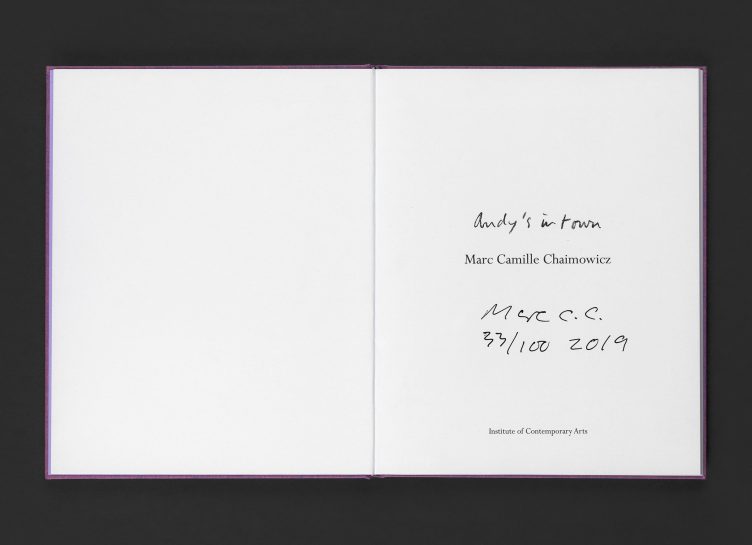 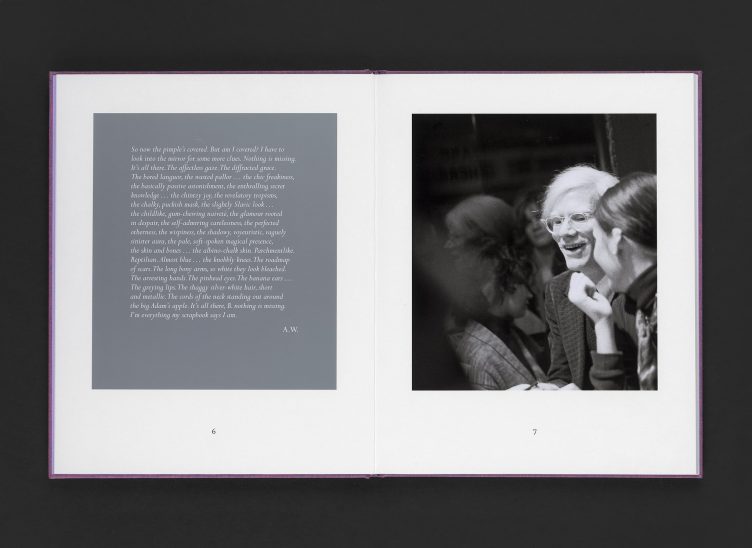 Marc Camille Chaimowicz established himself in the 1970s London art scene as an artist who playfully merged performance and installation while maintaining deep criticality. Working across almost every conceivable form, his cross-disciplinary work challenges the categorical divisions between art and design.

Andy’s in Town is a limited-edition publication comprised of images taken by Chaimowicz in 1975 of Andy Warhol signing copies of his iconic text, The Philosophy of Andy Warhol (From A to B & Back Again). The images are accompanied by original texts contributed by Lucy Kumara Moore and Charles Asprey, alongside excerpts from A to B & Back Again. Andy’s in Town captures an iconic moment in the cultural history of London, offering a poetic meditation on the nature of fandom, consumption, voyeurism and connection.

Andy’s in Town is accompanied by a photographic edition of the same name that the artist produced for the ICA in 2018, available to purchase here. The images presented in the volume will also be used in a future exhibition to be produced by Chaimowicz in 2020.

Andy’s in Town was produced in partnership with Hurtwood Press.