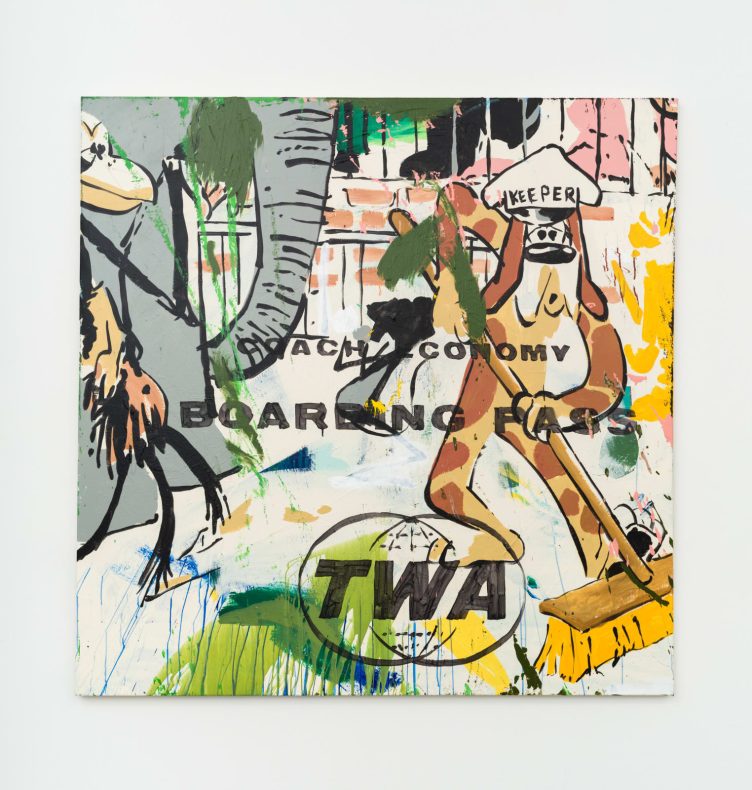 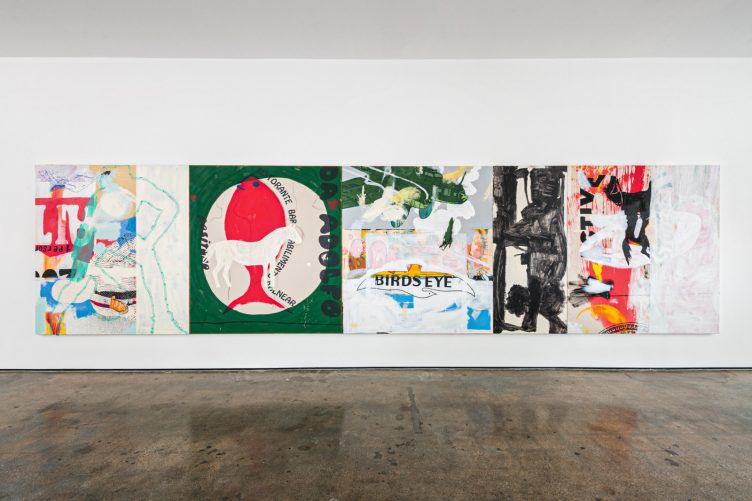 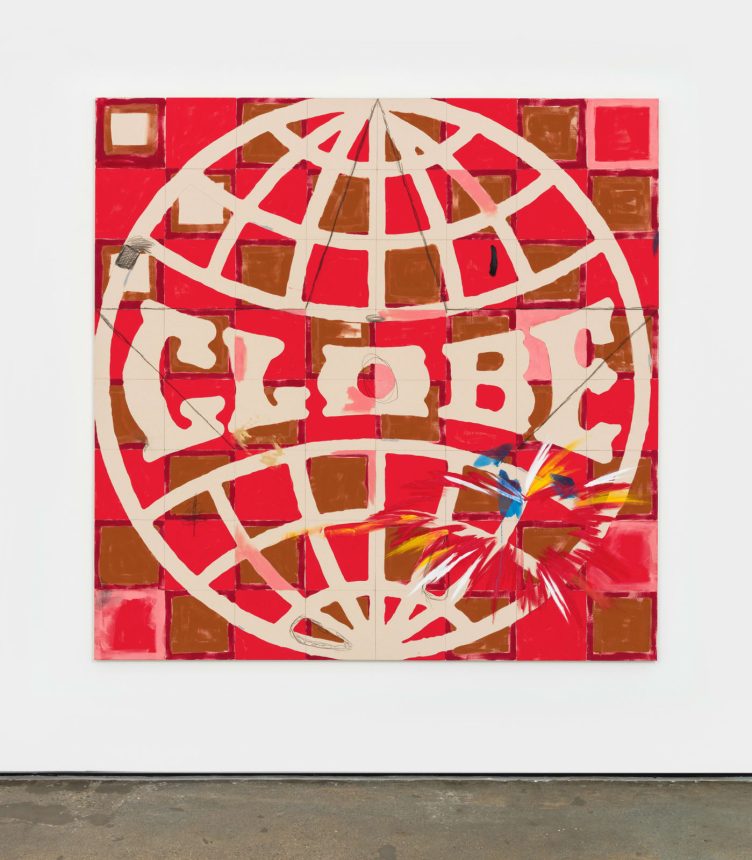 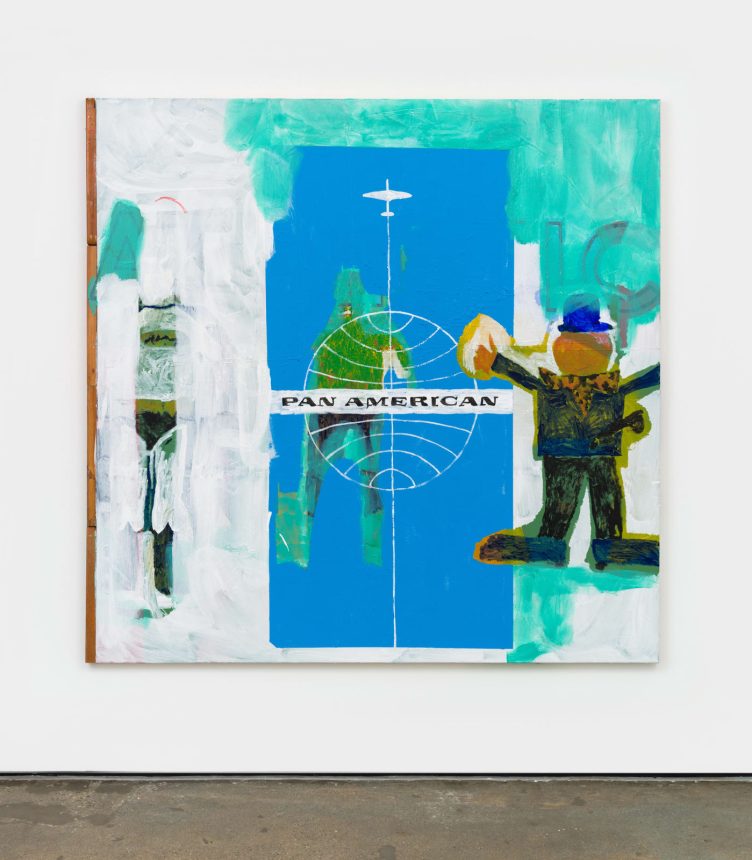 In Charlie Alston’s studio in Downtown Los Angeles, every available wall and beam has a painting leaning against it. There are so many towering canvases that impromptu rooms have been created in the open studio. Some of the works that are bound together, have only just found their way to each other. With time, their connection has been revealed to themselves. Every canvas is painted independently of one another, but as the paintings evolve, Alston discovers natural conversations between the works. He is open-hearted, always seeking to reach deeper levels of relating with others. For Charlie Alston, life is neither binary, nor homogenous, it’s fractal, integrated, it’s about everything working together, talking and feeling.

Throughout this series he is in conversation with Pop and Abstraction. Pop has been a regular form of discourse in Alston’s paintings as an accessible way to communicate ideas and remove any insecurities viewers might feel when looking at art. Pop, literally meaning “popular,” is a long-storied genre in the United States, where it repurposed and re-contextualized everyday consumer items to engage with popular culture and the broader American audience. Alston engages with a large spectrum of icons from Bird’s Eye, TWA, and Globe to images and ads pulled from LIFE, Ebony Jr. and Jet Magazine. In digging up these icons from the past and repurposing them, he’s able to examine the systems they stand for. Each symbol, each icon, represents a system, a way of being in the world under which groups of people came together and created communities.

In BOARDING PASS, a zoo scene plays out with text from a TWA boarding-pass laid over it. The zoo scene feels so familiar that the name of the cartoon is on the tip of the tongue. But that’s the clever, emotional trick of the work. Because for many viewers, unless you were a regular reader of Ebony Jr. in the 1970s, you likely haven’t read this particular cartoon. In this way, Alston’s references are multivalent, acting as an aesthetic trigger to elicit curious engagement.

In The Wind Rises, two modular-panels sit side by side. To the left, is a sizable abstract painting that blends vibrant tones of blue, yellow, and green, with bold brushstrokes ranging from small and swift to large and expressive, with vigorous splatters. There’s a wit to his lines, a whimsy to his brush. Next to this, sits a slim panel with a replica of an etching of the steamship, the SS Roosevelt – the famous vessel that voyaged in 1908 to discover the North Pole – being battered by windswept waves at sea. While these two panels started out as standalone canvases, they are now circumscribed as a larger entity, like islands in an archipelago. This encounter is an expansion of their individual worlds, an extension of their meaning.

Alston’s abstraction furthers the conversation. He asks you to be uncertain. To listen to the shades. To accept the world as a fundamentally mysterious experience, under and above the forms of intelligibility. He refuses the assumption that you can ever fully understand things, and invites you to walk into the unknown.

In his practice, Alston sees experience as a whole. Employing the styles of Pop and Abstraction in these works, he shows that there’s no hierarchy between the two. What is left is an interdependent relationship. The beaten path and the wilderness as one.
Charlie Alston (b. 1997, San Francisco, CA) received his BFA from the Pennsylvania Academy of the Fine Arts in 2019. Recent solo exhibitions include Block Party, Your Body; a North Star in the West at Deli Gallery in New York, NY. He has been featured in group exhibitions at the Pennsylvania Academy of the Fine Arts Museum, Philadelphia, PA; Mana Contemporary, Jersey City, NJ; Twelve Gates Arts Gallery, Philadelphia, PA; and California Institute of the Arts, Valencia, CA. This is the artist’s second solo show with M+B. Alston lives and works in Los Angeles, CA. This work capitalizes on nostalgic and autobiographical references – ranging from my childhood, my religious upbringings in the Bahamas, my relationship with my father, and my current role as a father. Notions of masculine paternal love, protection, loss and faith are examined throughout this work.

Religion is referenced often, as it played an important role in my upbringing. I question and make stealthy comments about Christian teachings, through coupling religious iconography with images of suggestive disasters, violence, abuse, death and grief. I employ a consistent palette of gold, white and ghostly transparencies, alluding to the degenerative journey between birth, death and the afterlife as understood through my Christian upbringing.

I have been developing a colony of anatomical sinew-like figures that I refer to as “Redbones.” Comprised primarily of exposed muscle fibers, the figures evoke strength, power and resilience. They also reference a harmony and sameness of mankind once stripped of race markings such as skin.

Lavar Munroe is an interdisciplinary artist whose work encompasses painting, drawing, sculpture and installation art. Munroe was born and raised in the impoverished and often marginalized Grants Town community in the Bahamas. His work functions as a reflection of the environment where he grew up, drawing from memory the crude graffiti on the walls that surrounded his street. Munroe maps a personal journey of survival and trauma in a world of gang violence, drugs, murder, self-discovery, development and overcoming obstacles through self-determination. Though inspired by the past, his energetic and unapologetic visual language confronts contemporary society and the difficult relationships between authority and the oppressed.

Lavar Munroe (b. 1982, Nassau, Bahamas) earned his BFA from Savannah College of Art and Design in 2007 and his MFA from Washington University in 2013. In 2014, he was awarded a postdoctoral research fellowship at the University of North Carolina at Chapel Hill. Munroe was included in Prospect.4: The Lotus in Spite of The Swamp, the New Orleans triennial curated by Trevor Schoonmaker, and the 12th Dakar Biennale, curated by Simon Njami, in Senegal. In 2015, Munroe’s work was featured in All the World’s Futures, curated by Okwui Enwezor as part of the 56th Venice Biennale. Recent group shows include those at the Nasher Museum of Art in Durham; Perez Art Museum, Miami; National Gallery of Bahamas, Nassau; MAXXI Museum of Art, Rome; Museum of the African Diaspora, San Francisco; Virginia Museum of Modern Art, Virginia Beach; and The Drawing Center, New York. Munroe was awarded residencies at the Skowhegan School of Painting and Sculpture, MacDowell Colony, the Headlands Center for the Arts, Joan Mitchell Center, Thread: Artist Residency & Cultural Center, a project of the Josef and Anni Albers Foundation and was an inaugural Artists in Residence at the Norton Museum of Art. He is a recipient of the Joan Mitchell Foundation Painters and Sculptors Grant. Lavar Munroe lives and works between Baltimore, Maryland and Nassau, Bahamas. Charlie Alston
The Star Of The Show, 2020 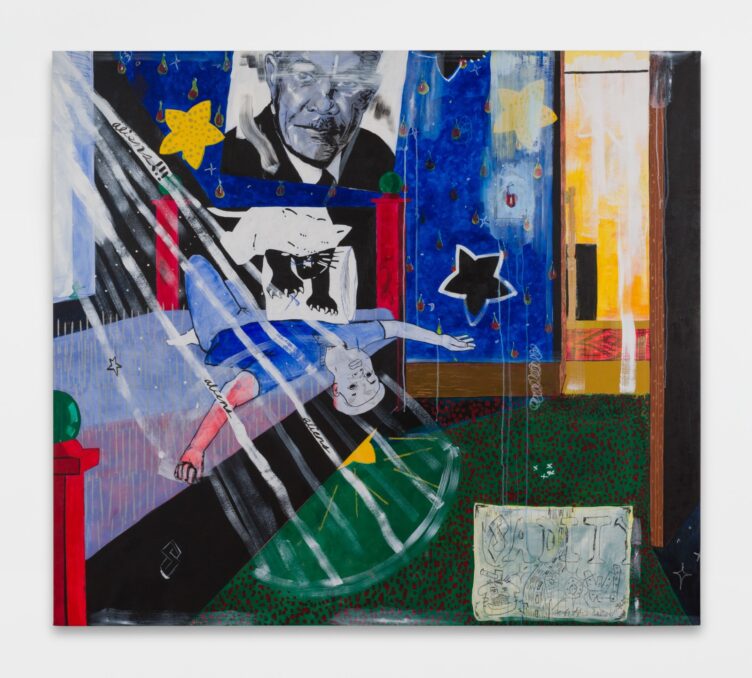 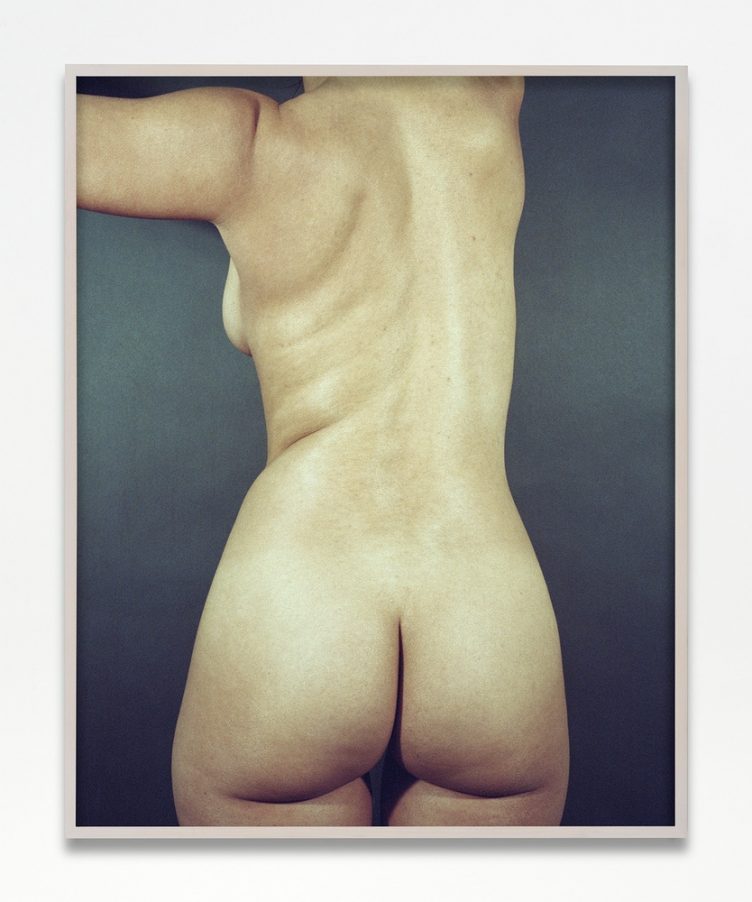 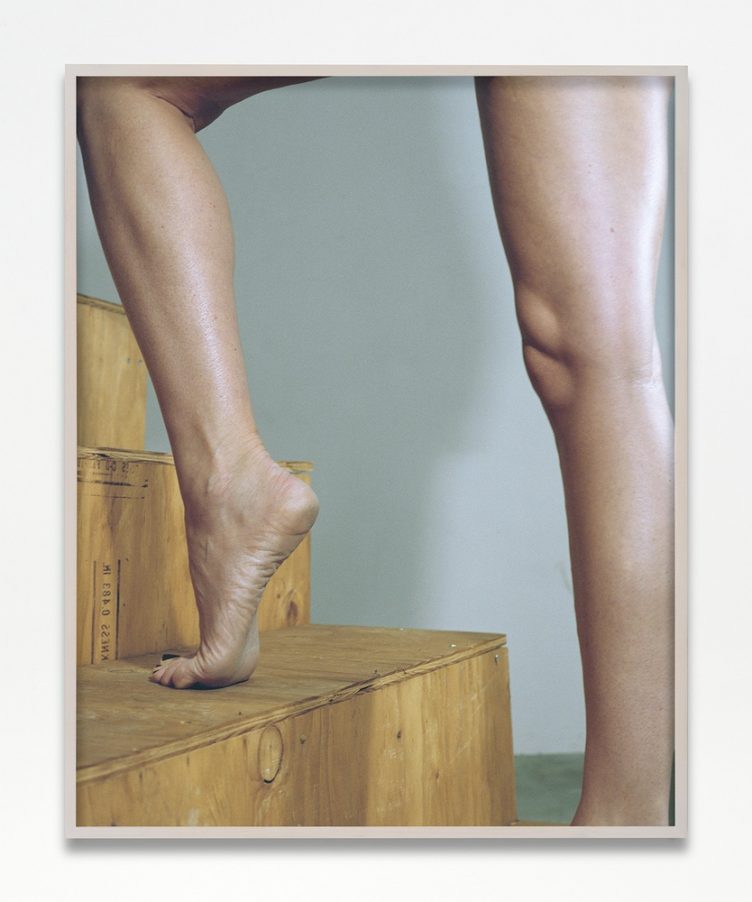 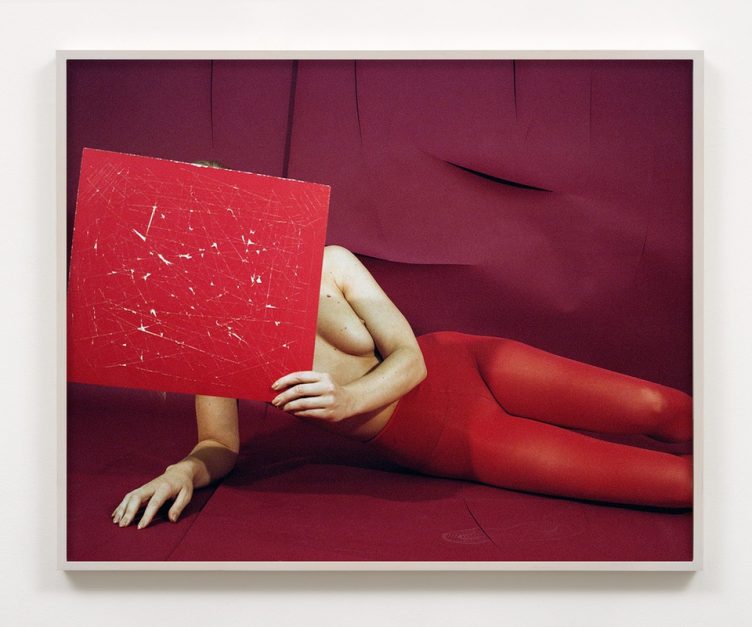 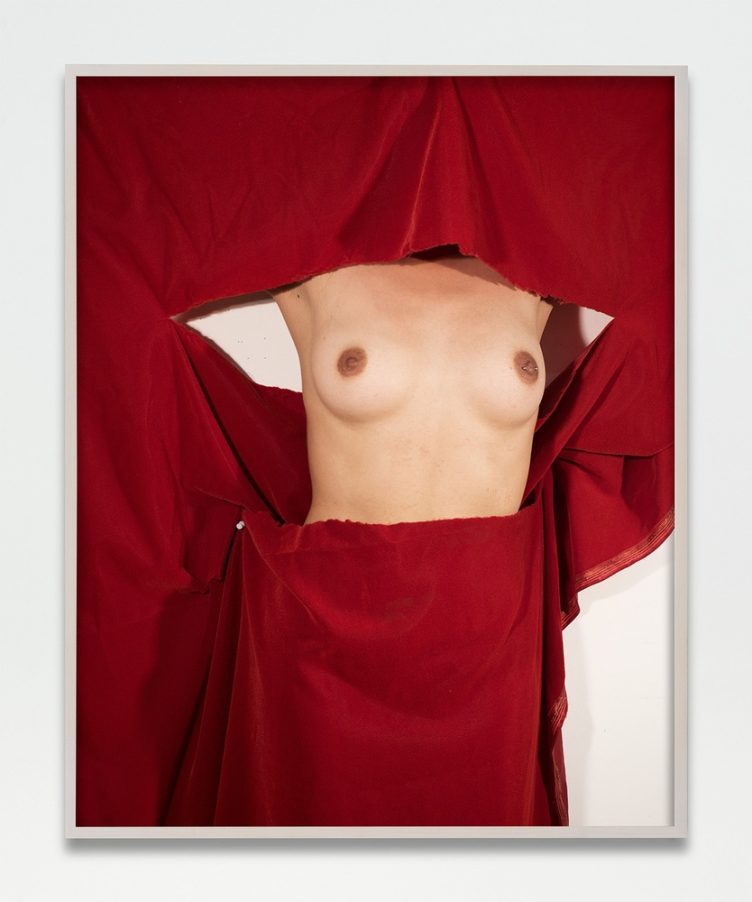 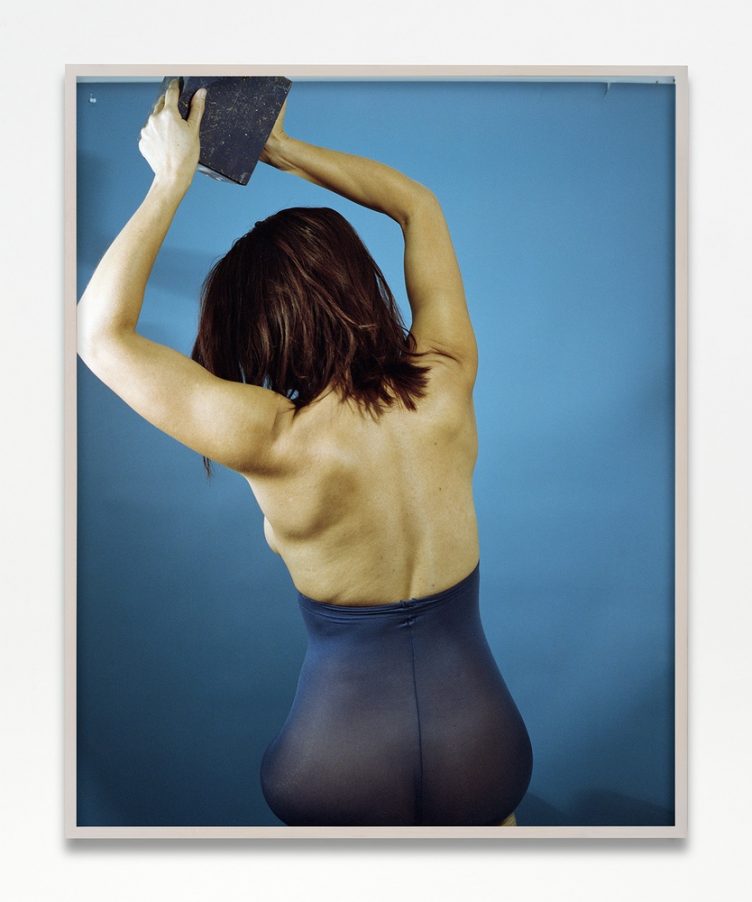 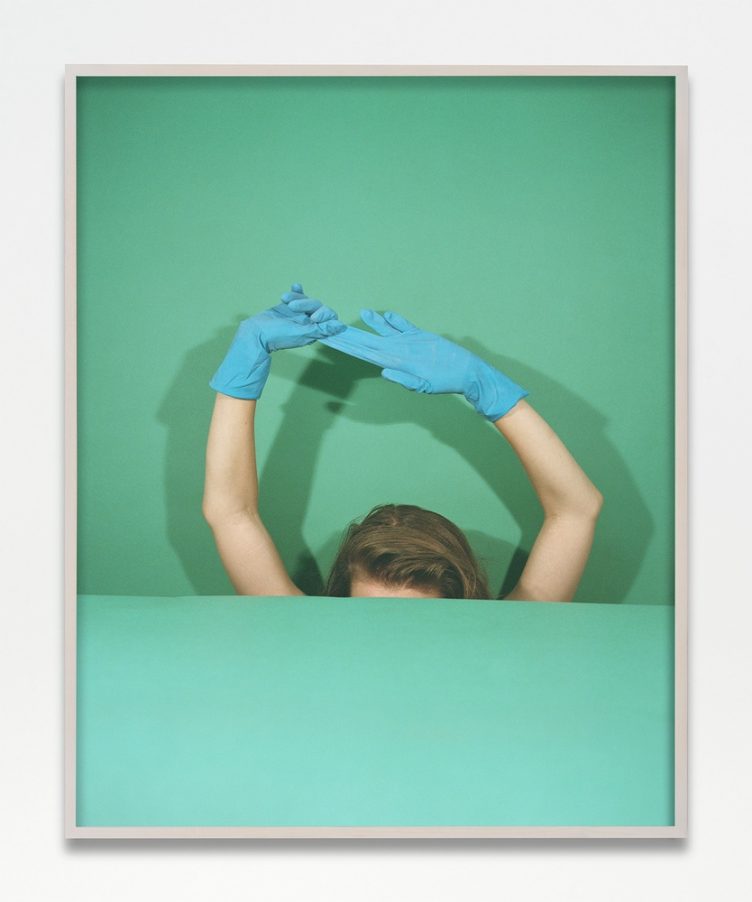 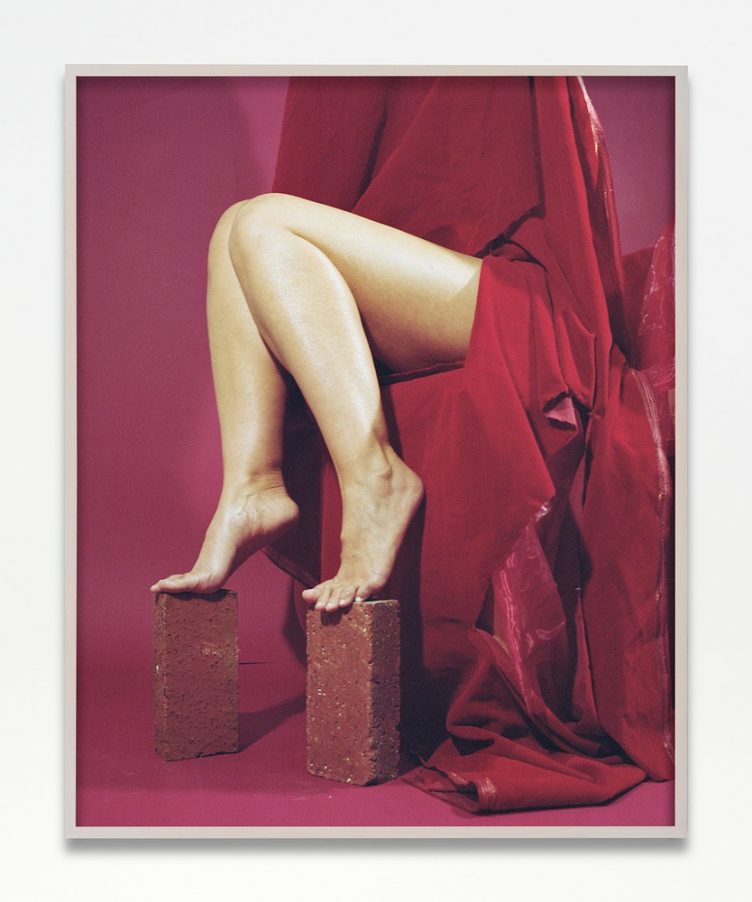