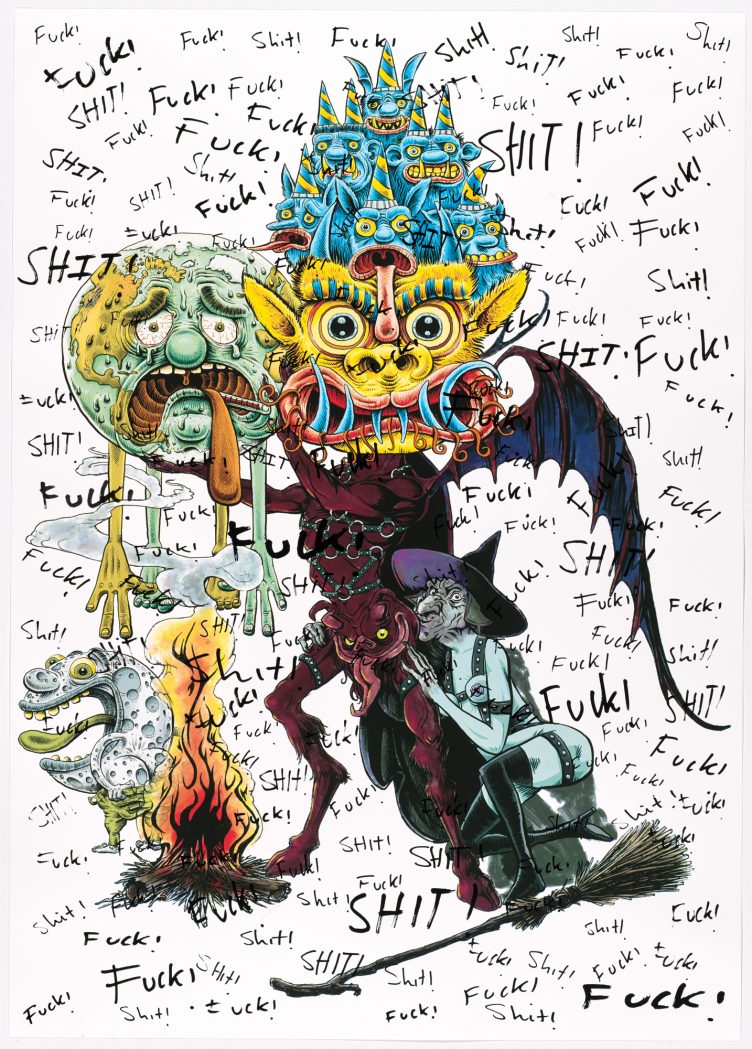 New York-based artist Jordan Wolfson is a rising star in the global art world who has stated, “I like the viewers to do the interpretive legwork;” indeed his videos, sculptures, and performances present baffling, enigmatic narratives, often conveyed by imaginative animated characters. Though Wolfson studied sculpture at RISD, he has gained significant recognition—inclusion in the 2006 Whitney Biennial, for instance—largely because of his video art, peculiar mash-ups of elements pulled from the depths of the internet as well as industry materials culled from the worlds of advertising, music, and technology. Frequently revolving around a single speaking protagonist, these videos, or sometimes they take the form of animatronic sculptures, reference sexuality, art history, consumer culture, and male-female relationships. Ultimately, Wolfson’s work is underlined by clear artistic intentions—for him, the intersection of art and technology is a specific space, one in which the project of modernism continues to unfold. He explains, “I’m not interested in cartoons. I’m not interested in computer animation. I’m interested in the experience of seeing something.”

Wolfson is the 2009 recipient of the prestigious Cartier Award, granted by the Frieze Foundation. In addition to his inclusion in the Whitney Biennial, Wolfson’s work has been the subject of solo exhibitions at the Stedelijk Museum voor Actuele Kunst in Ghent, the Center for Contemporary Art Ujazdowski Castle in Warsaw, Chisenhale Gallery in London, and the Swiss Institute of Contemporary Art in New York, among others.