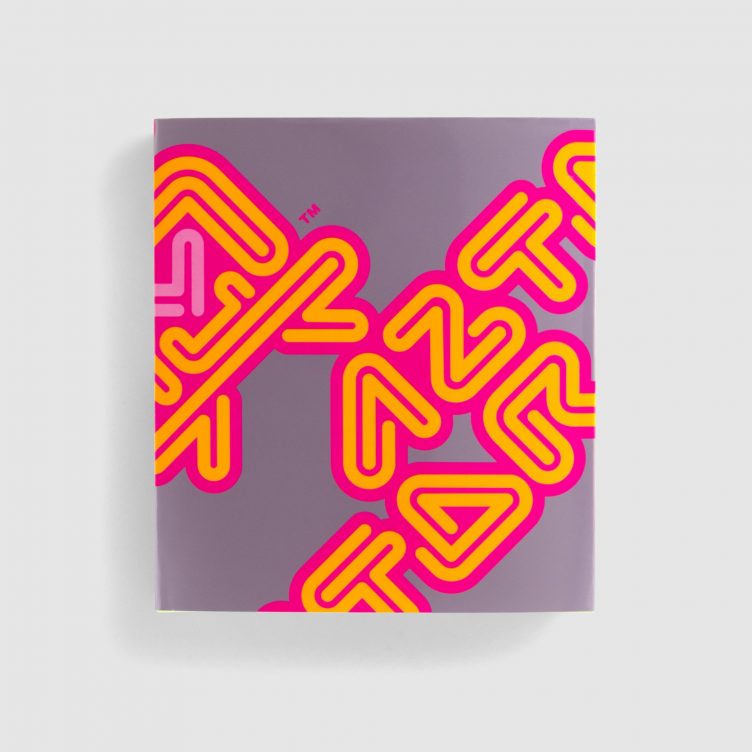 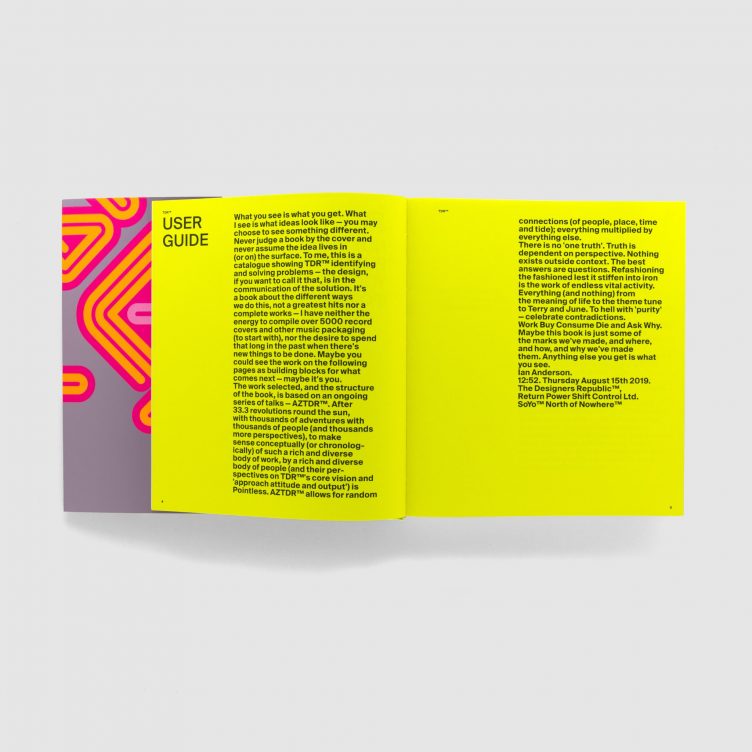 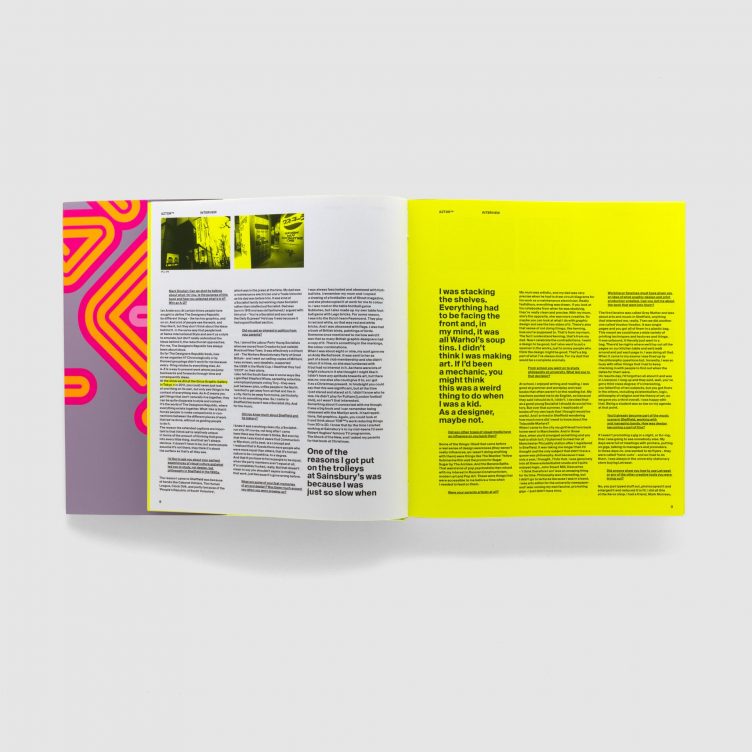 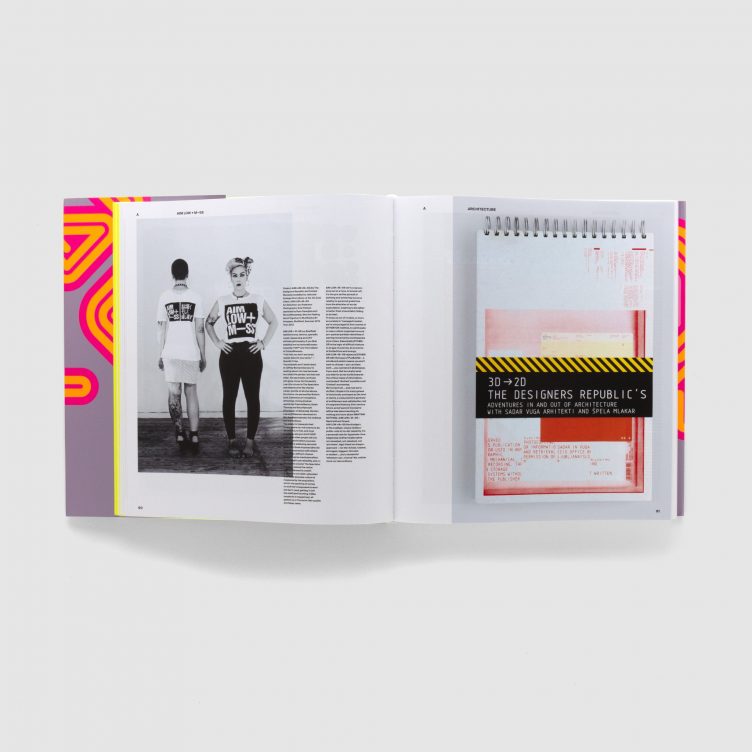 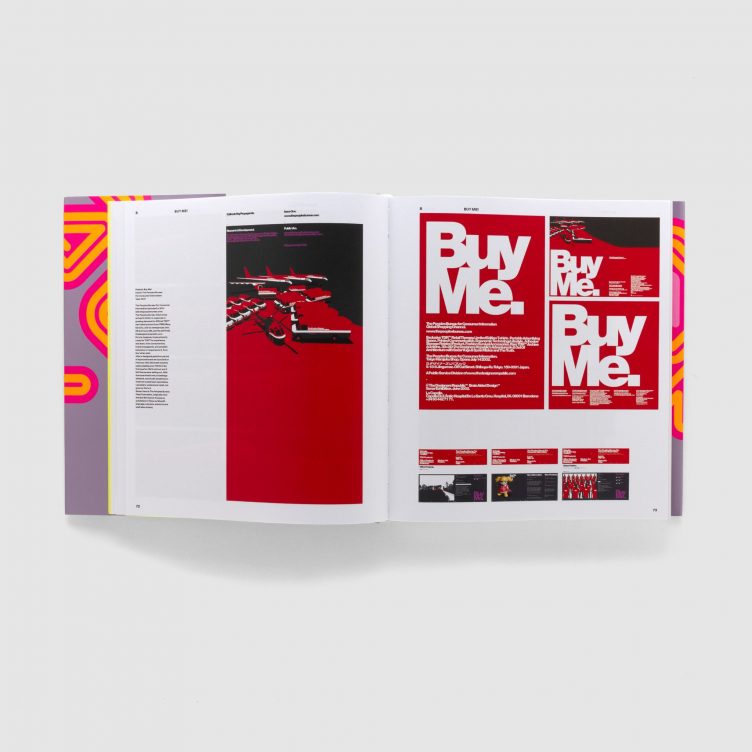 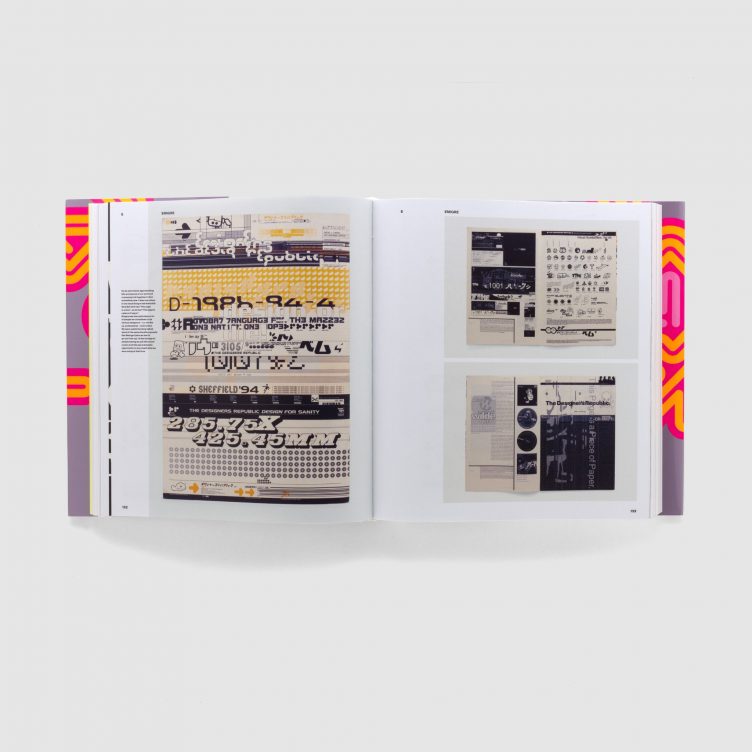 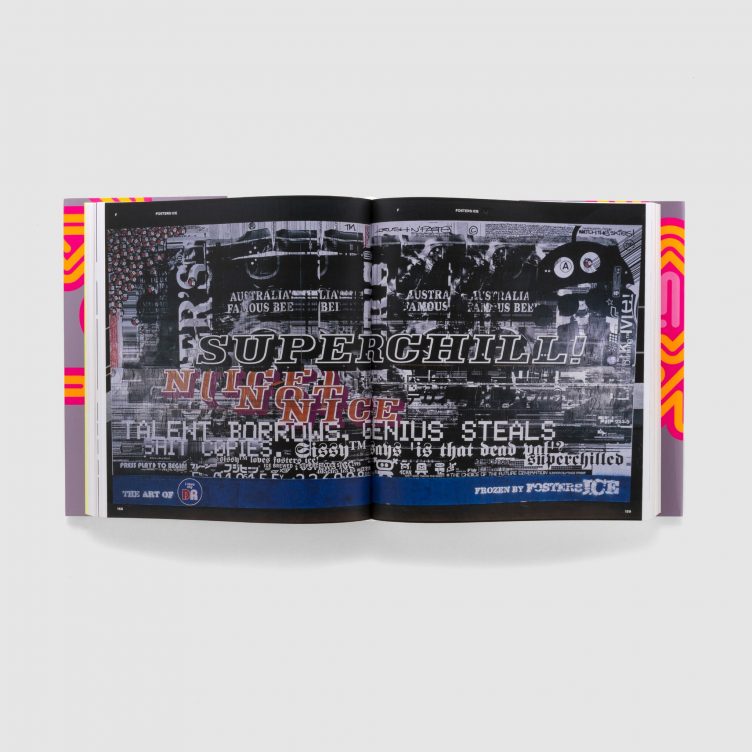 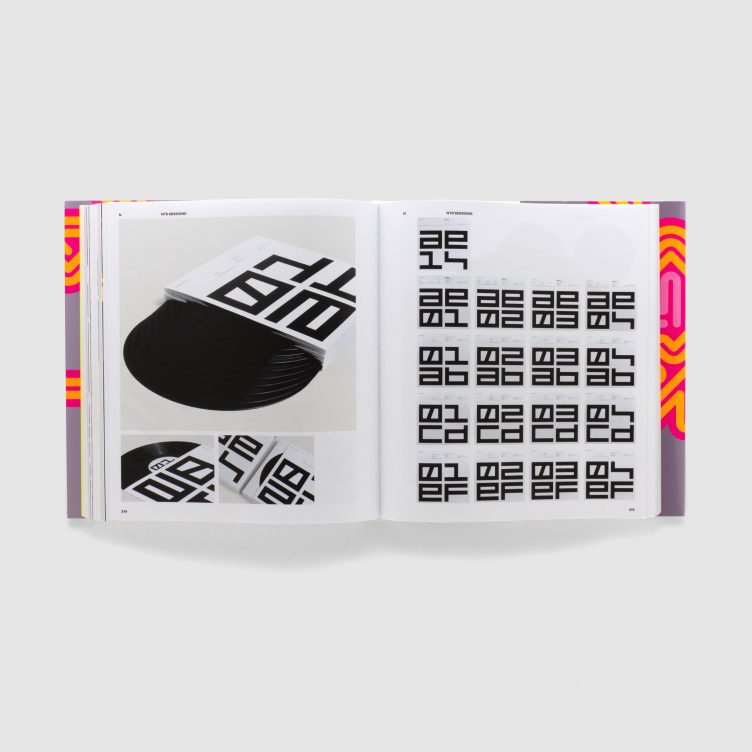 Led by founder and born rebel, Ian Anderson, The Designers Republic™ has shaped graphic communication over the past 30 years through rule-defying music work, provocative self-initiated projects and a fierce commitment to conceptual thinking over style. Now, for the first time in book form, Anderson explores the studio’s output, and its influence on a generation of graphic designers.

AZTDR™ spans over three decades of work – from the studio’s earliest designs for the FON label in the mid-1980s and sleeves for Age of Chance, Chakk and Cabaret Voltaire, right up to its recent projects for The Cinematic Orchestra, Led Bib and the Gulbenkian Foundation. Alongside classic self-initiated TDR™ projects, the 512-page book features an A to Z of everything from campaigns for Evolution Print, Coca-Cola and Nike, through to the studio’s celebrated designs for video games such as Wipeout and Formula Fusion.

TDR™’s special relationship with print is explored through its celebrated contributions to IDEA and Emigre magazines and its 3D>2D book, alongside its work for Manchester School of Art, Gatecrasher, NY Sushi and the studio’s array of music clients. Here, TDR™’s work with Autechre is examined via ten key releases – covering some 34 pages – while the studio’s involvement with Pop Will Eat Itself focuses on some 28 different singles and albums.

There are also expansive sections devoted to TDR™’s designs for Aphex Twin, Moloko, Sun Electric and The Orb, alongside sleeve designs for R&S Records, New Atlantis, a range of Berlin-based labels and, of course, Warp Records.

In Anderson’s words: “September 2019 — 33.3 years after The Designers Republic was declared in SoYo (North of Nowhere), 25 years after a TDR™ book was first discussed and ten years after the fall and rise of The Designers Republic Phase One. As good a time as any for Unit Editions’ AZTDR™. It’s not everything but it’s everything you need to know (for now). You could call it Volume One if it helps. It’s not a monograph, it’s our idea of what ideas look like — a mix(ed) up of what you want to see, and what we want you to see, refereed by Tony, Adrian and Mark at Unit. Hopefully it’s a book about why we do what we do featuring the usual suspects and a few suspect devices. Critics might call it an overview — we call it a mission statement.”

The book also features an extensive and candid in-conversation between Anderson and Unit Editions’ Mark Sinclair. Here, TDR’s founder discusses his pre-design background in the music industry, the genesis of the TDR™ studio and its meteoric rise – encompassing its approach, provocations and relationships with clients – through to its collapse in 2009 and subsequent rebirth.

AZTDR™ is the book they said would never happen. But thanks to 1324 Kickstarter backers, it’s here at last.