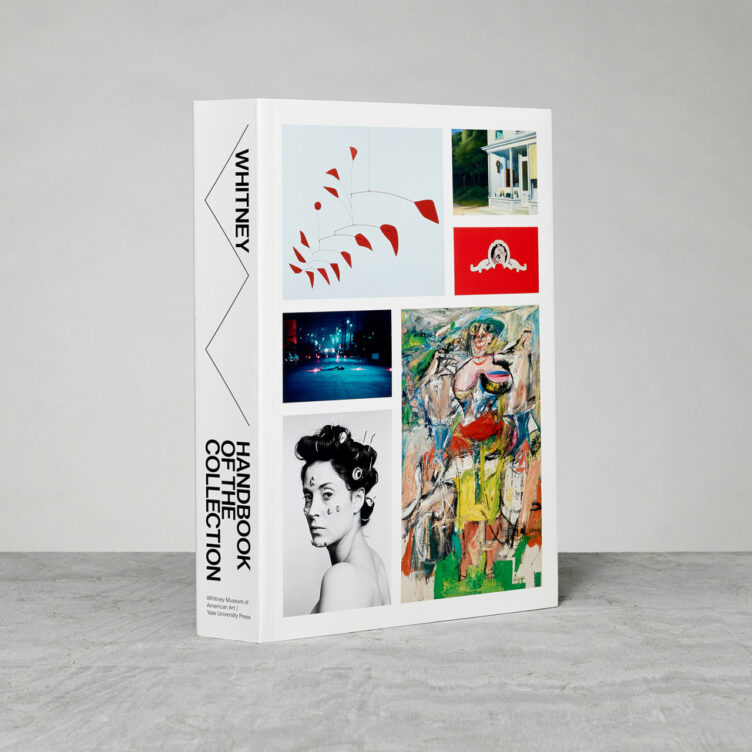 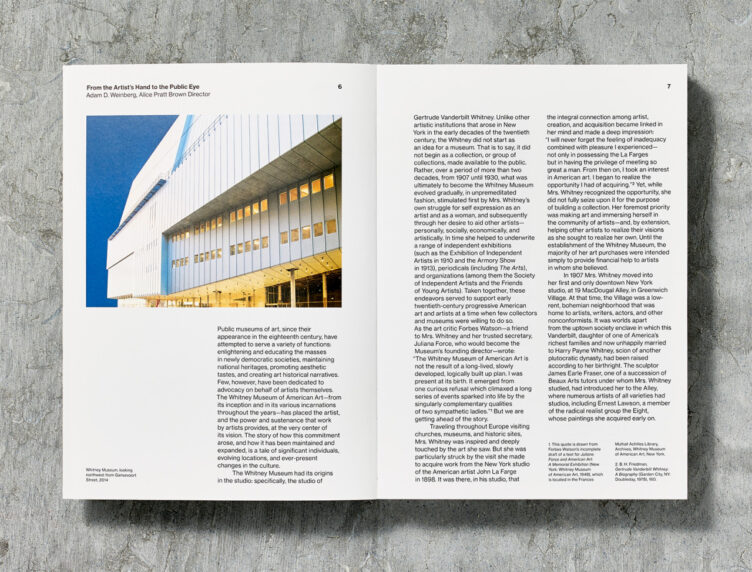 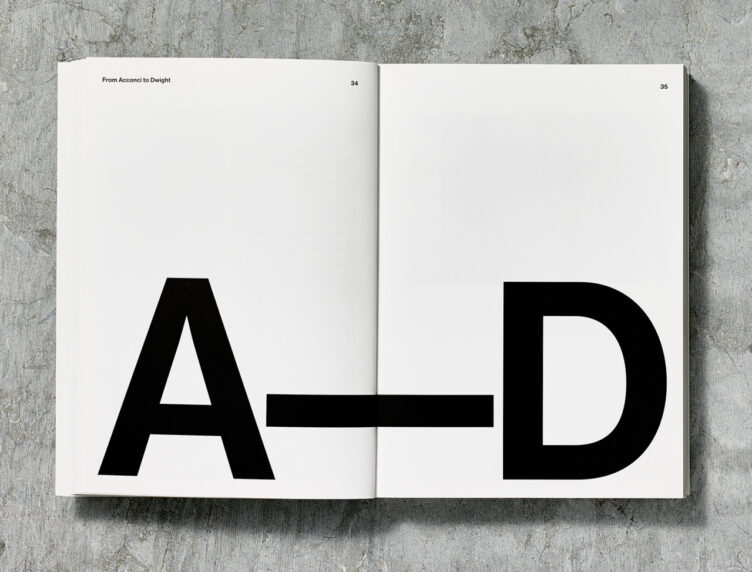 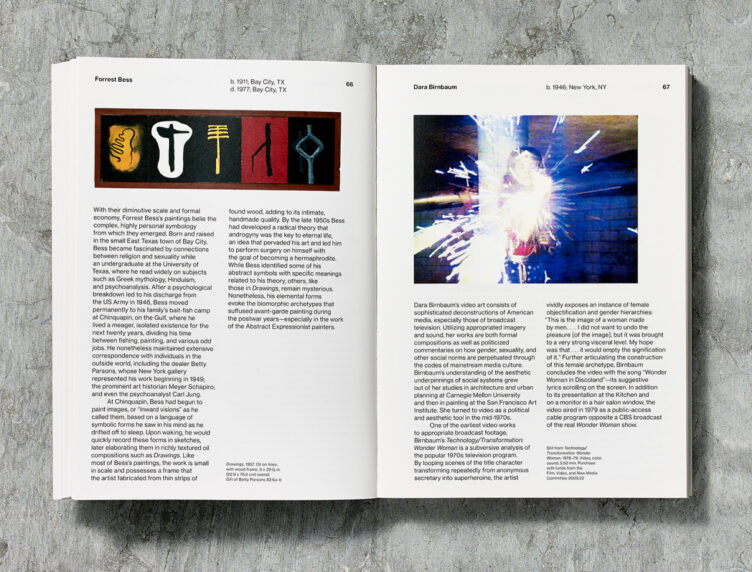 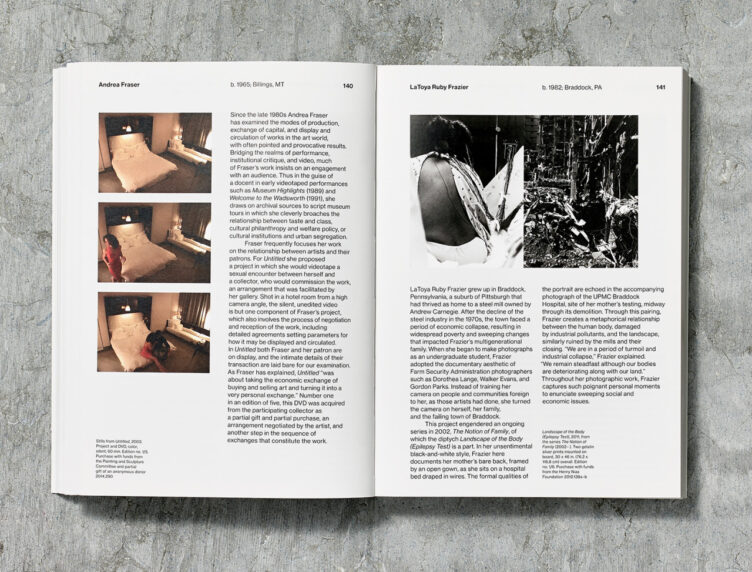 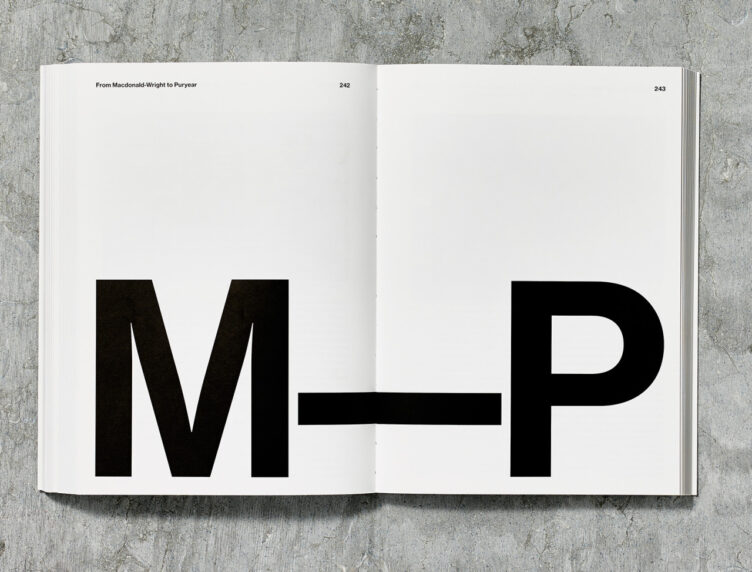 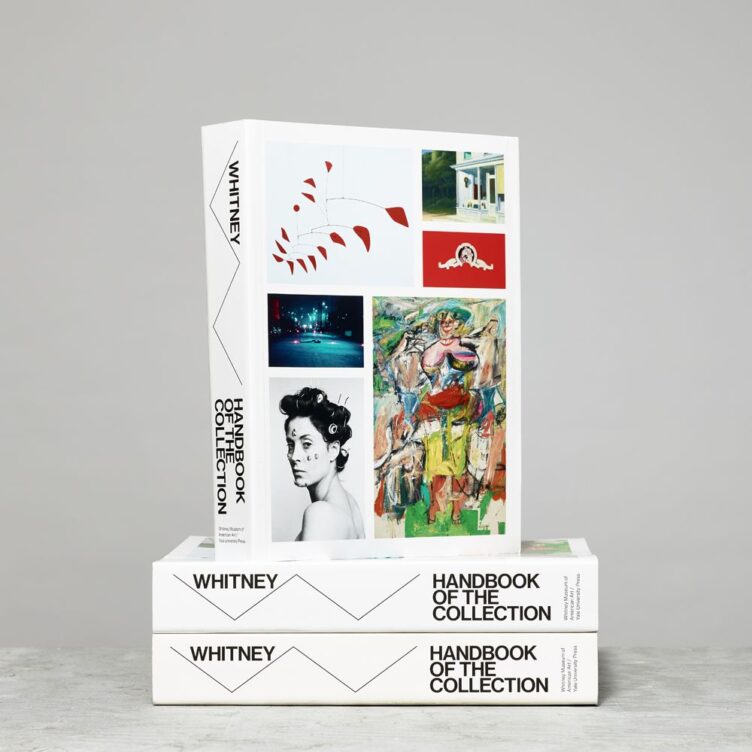 Whitney Museum of American Art
Handbook of the Collection

This easy to carry reference book takes a fresh look at the Whitney Museum of American Art’s collection, highlights the museum’s extraordinary holdings and its fascinating history. Featuring iconic pieces by artists such as Calder, Hopper, Johns, O’Keeffe, and Warhol—as well as numerous works by under-recognized individuals—this is not only a guide to the Whitney’s collection, but also a remarkable primer on modern and contemporary American art.

Beautifully illustrated with abundant new photography, the book pairs scholarly entries on 350 artists with images of some of their most significant works. The museum’s history and the evolution of its collection, including the Whitney’s important distinction as one of the few American museums founded by an artist, and the notion of “American” in relation to the collection, are covered in two short essays. Published to coincide with the Whitney’s highly anticipated move to a new facility in downtown New York in the spring of 2015, this book celebrates the museum’s storied past and vibrant present as it looks ahead to its future. Edited by Dana Miller; With an introduction by Adam D. Weinberg.